Who is Chris Bateman?

You do everything on your smartphone and love it – you are, now and forevermore, a cyborg.
But how would you know if you were a good cyborg? 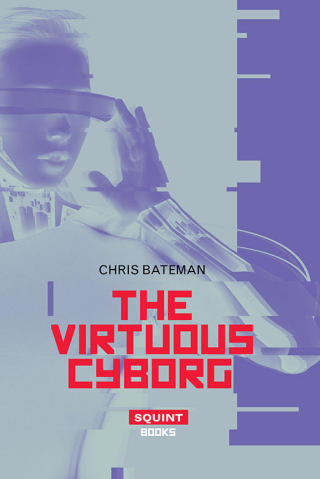 A couple get married after a robot selected them as potential romantic partners. A politician loses an election in the aftermath of an erroneous story widely shared on social media. A teenager is run over as they cross the street while playing an alternative reality game. As humans let computers into ever more aspects of their lives, it becomes clear that there’s no such thing as a ‘neutral tool’ in the internet connected world.

When we talk about robots and cyborgs, we might think about the droids in Star Wars, or the replicants in Blade Runner. But we've been living with robots – and acting as cyborgs – for quite some time now. Smartphones, laptops, fitness trackers, social networks, search engines... our world is filled with human-robot pairings, and it’s not always clear which half is pushing the buttons. The virtues of the kind of cyborg we have become depend both on who we are, and upon the kinds of robots we use.

Game designer and philosopher Chris Bateman explores cyborg virtue through problems such as cyberbullying, ‘fake news’, and the indifference of computers to human needs. From the stark horror of drone assassinations to the amorality of computer viruses, Bateman reveals our shallow sightedness in the face of the unfathomable complexity of our cybernetic networks. Critical yet optimistic, The Virtuous Cyborg rises to the challenge of the twenty first century by asking us to ponder the question of what kind of cyborgs we want to become.

Out now! Order from your local independent retailer, or from the Eyewear Publishing shop.