If you're not interest in the grammatical representation of game design, feel free to skip ahead to the General Analysis below (as if I could stop you!)

Bast is what I am calling my bastardised categorial grammar of design (or CatGoD, hence Bast - thanks ZenBen!) I thought I'd take a moment to express Takahashi-san's delightful franchise in Bast. This is a subjective system, so there are multiple possible representations. This is how I draw it out.

What can be seen here is that the Katamari games get an awful lot of play out of two Nouns (Katamari, Objects), two Verbs (Roll, Clump) and one Adjective (Size). You can readily tell that this game emerged from a very simple concept statement. In fact, we know what this was, because Takahashi-san has shared it with us:


His play model emerges directly from the verb choices. This, in my opinion, is how all but narrative-oriented (e.g. adventures) and world-oriented (e.g. MMORPG, GTA) design should begin. We might consider it to be a play-oriented game design.

Why are there only two nouns?

Because objects in the game world are functionally identical in game terms. They are just objects... they have one property (size) which determines whether or not the avatar (the only other noun!) can clump the object or not. But there is no difference between a mah jong tile, a cat, a car, a building, an island, a continent or a planet (except for the cosmetics - its appearance and the noise it makes when you roll it up). They're all objects, defined in terms of their size.

Size - our only adjective - is the key to the game. The katamari increases in size as it clumps objects. The size of the katamari is compared to the size of the object in order to determine whether an object can be picked up. This is the sole metric which controls the pacing of the gameplay.

Of course, the arrangement of the objects in the game world do make a difference to how the game plays, but at the high level of abstraction that Bast operates, this is largely irrelevant.

I cannot stress just how unusual it is for a video game to have this few nouns!

There are only two core verbs, Roll and Clump.

Almost every game has at least one movement verb, and Roll does it for this franchise. There is also Dash and Quick Turn in the advanced verbs - you don't need them to play, but they're there if you want them.

The other verb, Clump, is actually a secondary function of Roll - because you clump (which is to say, pick up and absorb objects) as you Roll. However, where you choose to roll, and what you choose to roll over, does change what you Clump, so it deserves a seperate mention.

Look and Map are the remaining advanced verbs; they're not really needed, but it doesn't hurt that they're included. 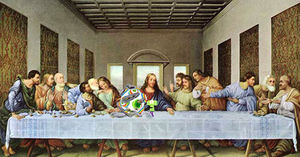 A particular odd thing about the katamari games is just how continuous they are. In terms of rewards, anything you can pick up is a small reward, and objects which are close to the largest size you can pick up at any given time are particularly rewarding. (Just the noises objects make when you clump them give them a strong feeling of reward!) Objects are scattered everywhere - none of the searching for rewards we usually associate with games, this game just gives you a continuous stream of small rewards. Not since the heyday of the 2D shooter have rewards been these generously strewn about!

The other aspect of its continuousness is the way the avatar size gradually increases from the tiny to the very large. This is a rather clever trick played on the player. In fact, the katamari doesn't increase in size significantly at all. Instead, the player goes through a series of about five back to back levels. Each level includes objects from a handful of scales. The level that follows drops the smallest sized objects, and adds in new sets of objects which give more granularity at a higher scales. The player doesn't see this as a series of levels, because the start point of each new level is the same as the end point of the previous level - the change in scale allows the old level to be fully encapsulated in the new one. The development team deserve praise for this cunning solution, which allowed them to play with scale in a manner previously not possible because of technical restrictions. 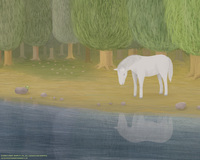 The key emotions you spot when people play this game are Wonder and Amusement. There is some potential for Fiero, but it's not a central theme, and Fiero signals are less commonly spotted in players.  Amusement only appears in Key four "The People Factor" which is expressly about extroverted play. Therefore, the best fit to this model is Key two "Easy Fun".

From the above, we can immediately see that this game is going to fit most clearly into the Type 3 Wanderer play style. There's a small potential for Type 1 Conqueror play, but ultimately the aimless fun-focussed paidic play of the Wanderer has to be the best fit.

This isn't a game you generally repeat until you beat (except when you are learning to master the controls), which counts out Logistical as a best fit, and there's nothing at all which could be considered Strategic play in my opinion (no hypothesising or problem solving). Although the tone of the game is a good fit to Diplomatic (abstract and harmonising), it is surely a better fit to Tactical - you play the game from situation to situation, making decisions on the fly. Plus, it is practically a machine control game, with a noisy environment - another fit to Tactical.

Note that the Type 3 Wanderer in DGD1 is associated with Diplomatic and Tactical skills, so this game is (highly tenuous!) support for the speculative links between DGD1 and Temperament Theory. (But, at the end of the day, a model is just a model).

I, and many other players, love the Katamari games. But these games will likely never see mass market success. The games are just too strange to the eyes of a typical Westerner. The twin stick control is also a problem; it makes the game too much like a simple machine operation exercise (the controls are in fact practically identical to tank controls, as featured in the classic Battlezone).

Takahashi-san has observed how several people pointed out to him that the game could be controlled by a single stick. This would improve it's mass market appeal. But, and this is unusual, the Katamari games are essentially works of "assisted auteurship" (isn't all art assisted... after all, who makes their own paint and canvas these days?) and Takahashi-san feels the game would lack something if it didn't use both sticks. Personally, I'm not convinced moving to a single stick control would help this game's sales, as the inherent Japanese weirdness is the bigger barrier to mass market appeal.

However, I remain confident the games have cost less to make than they have made back in sales. Katamari Damacy sold about 150,000 units in Japan (at ¥4,725) and about 500,000 units in the US (at $20). It had no European release (which is utter mind numbing madness!) Total turnover: $16 million. It's hard to reverse engineer budget, but 20% of budget is not an atypical allocation for development fees. I cannot imagine these games cost more than $3.2 million to make. This leaves Namco with Yen symbols over their eyes (kerching!)

Never mind the mass market, never mind budgets in the tens of millions of dollars, there's gold in the niche markets for game designers with a new idea and the tenacity to bring it to life.

Have a great weekend!

Thanks to Kirsten Bole and Craigandlori for some of the images. The horse by a lake picture is from the game manual. I believe this is the most beautiful game manual cover image I've ever seen!

Nice post. One of the reasons I like the CatGoD is how it helps to illustrate how complex are the game mechanics - and Katamari Damacy is practically a hai ku for PS2...

By the way, I've just placed an order for your book at amazon and I am looking forward to it!

I think Katamari exemplifies the sort of buisiness model we see in indie film, where a similar gross (16-30 million) signifies a success for something with a budget 1/10th the size. I'm starting in a market of even smaller scale, with scratch budgets and hopefully a million or two gross.

Why don't you just call it CatGoD? I mean, when you say it it sounds like Cat God, which is catchy enough, more so than Bast.

Perhaps I have a whimsical love of the esoteric. :) My feeling is that there could be many different notations for a categorical grammar of game design, and therefore each notation deserves a seperate name. Also, does it really matter how catchy something is if it is only intended for a miniscule audience? :)

However, given that language is far beyond the control of individuals, if people prefer CatGoD I can reconcile myself with the asymetric acronym (but in my heart of hearts, this particular notation will probably always secretly be Bast... :D )