The Role of the Indie Market 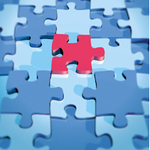 What is the role of the indie games market? Why do we need one? After all, we already have a neatly striated games market with the upper market producing glossy expensive übergames and crassly expensive film tie ins, a mid-market of successful franchises and more modest licensed product, and a lower market of budget games and minority niches. Where does the indie market fit into all this? The answer to this question is as a source of boundless creativity to inspire and infect the rest of the industry. Just like in films.

Greg Costikyan makes for an uneasy indie messiah, but he wears this uncomfortable mantle well. Recently, he’s been pushing the business case for his new direct download indie publisher Manifesto Games, as well as noting the large amount of money that is theoretically lost in the long tail most publishers have abandoned as too fractured to pursue. Since my game Play with Fire is going to be sold exclusively via Manifesto, I admit my own bias in this regard. But there’s a reason I’ve decided to back Manifesto to the hilt, even though I could arguably make more money by accepting the non-exclusive offer Greg and his team actually offered.

I was an indie kid when I was growing up – mainstream music didn’t interest me very much, but the wildly inventive nonsense coming out of artists like Spacemen 3, Loop and Galaxie 500 really spoke to me. It appealed because it was different – quite radically so – and it encouraged me to accept my own differences. This was a good thing, because I was not a particularly normal child or teenager (at age nine I was talking about the Rutherford model of the atom) and I needed someone to say: it’s okay not to fit in!

At university, I became sucked into helping to run the film society, which also allowed me to attend press screenings for all manner of films with dubious commercial value. The indie film movement wasn’t worried about commercial success, but about exploring original themes and ideas. Sometimes these were floundering muddles, sometimes they were masterpieces – the films of Wim Wenders spring to mind. As works of art, indie movies were often worthwhile in and of themselves – but they also served a very important secondary purpose.

And this is the reason that an indie games market is something vital to the games industry. It is already the case that the upper market is stifled with severe limitations forced upon it by hierarchical, risk-averse, profit-driven decision making. Publishers are so focussed on what is currently successful - chiefly games of hard agon, which is to say, games which invoke fiero (the feeling of triumph over adversity) that they persistently ignore most other approaches to play, with just a few notable exceptions.

But there are many different ways to play! I hope I have amply demonstrated that even if we only use Caillois’ model, alea, ilinx and mimicry all provide a completely different basis to play from hard agon – and this is not to mention the equally distinct experience of easy agon, or the “toyplay” of paidia. And we could equally use a different model to see this issue from a different perspective, but seem reach the same conclusion – play is a highly diverse activity.

The mainstream publishers remain focussed on hard agon because this is where they make most of their money. But at any moment a new genre could break onto the scene and captivate a new audience. One can argue that this is already happening.

It is in the best interests of the entire industry to have a vibrant indie games market that can explore the full extent of game making creativity without having to be too concerned about profit and risk. The mass market publishers will be able to copy the successful game ideas and attach licensed IP to them, while players interested in new and inventive ideas will have a place to find games that meet those needs.

Support the indie game market by buying something that didn’t come from a multinational corporation every now and then. I’m not asking you to stop playing the obvious games – I will certainly continue buying and playing some of the best of the games coming out of the mainstream market – but go out there and buy and play something different every once in a while. We all stand to benefit.

I bought a game called Orbital Trader from Manifesto and have been quite enjoying it.

I think I'm probably one of those textbook indie-gamers. I love all kinds of games, the stranger the better (I'm waiting for Cooking Mama to arrive now, and playing Mario Hoops and Okami while I wait). I love clever interfaces and anyone who ignores those who say "That's not how we do things" and just tries something new. I find Manifesto very interesting, even as I find Costikyan somewhat disturbing, and I very much look forward to see how that plays out. Of course, I'm in the bizarre position of having decided five or so years ago to get rid of my Windows PC because I was tired of dealing with the problems. Now I use an obsolete iBook, which works quite well for most things but not for gaming. Not even the frequently untaxing indie-gaming. And I play most of my games on consoles (and handhelds).

I suppose I may be atypical, but I think on the whole I'm not. Circumstances may vary, but I think there's a significant audience out there for indie games (who will hopefully find Manifesto) with a few small barriers standing in the way. For me, the way past the barrier is Apple's transition to Intel, which will make Windows more accessible and, theoretically, OSX more accessible for developers. If Manifesto can find their way through all those little barriers I think they'll find quite an audience.

mister slim: Thanks for your comment! Glad to know that indie gamers are out there, lurking. :) I'm sure there are many gamers out there who, like you, detest having to use Windows as "The" gaming OS; I certainly don't enjoy being bound to it. But of course, the market for games on Linux/Unix systems has been, how shall we say, non-existent? ;)

I'm curious that you find Costikyan disturbing... is this on the basis of his writings? Because he's a puppy dog in real life. :D

I regularly buy indie games because the sort of gameplay I like is more likely to come from Jeff Vogel's Sipderweb than AAA developments - for predictable reasons, even if I don't always agree. Interestingly, Vogel says players shouldn't look to indie developers for real innovation because it often takes money to innovate successfully and he is extremely risk-averse -- he has a family to feed and nothing to fall back on.

I don't really "get" Manifesto yet, but perhaps that's because the site is still in beta. As far as I can see from the outside, it has a fairly disappointing collection of "well-known" games that are readily available elsewhere...TotalGaming looks better to me, and possibly even Steam.

Costikyan's own review of Kult on the site wasted quite a bit of space on the "mid-90s graphics"...is that really what an indie games site should focus on?

Best of luck with Fireball and I hope there is more to Manifesto than currently meets my eye.

It may arguably take money to innovate, but the presence of money certainly doesn't guarantee innovation. In fact, the bigger the investment, the less likely the game will innovate on the whole, as investors generally do not rate innovation as a priority. Perhaps, however, there is a fertile middle ground to be found.

Sorry to hear you haven't been taken with Manifesto's current line up - it's true a lot of the catalogue currently consists of games already in the market; I'm hoping this will help make Play with Fire all the more noteworthy when it comes out. :)