Pascal's Wager & the Agnostic's Lemma
The Future of Metaphysics 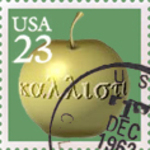 This piece is a tribute to maverick intellectual Robert Anton Wilson, who died last week. He loved to swear so much that I feel that I must waive my usual restriction about swearing on this blog for this piece. For this reason – and many others – this piece may be considered offensive. If you are easily offended, I strongly recommend that you do not read it.

Robert Anton Wilson was a highly unconventional thinker who seems completely insane on first examination, but as you explore his views more closely he gradually becomes even more insane, until finally you are as crazy as he is. When people think of crazy writers, they often think of Phillip K. Dick, so it is telling that Dick stated of the writings of Robert Anton Wilson: “Wilson managed to reverse every mental polarity in me, as if I had been pulled through infinity.” Wilson himself was quick to sign up for being a lunatic: “Of course I'm crazy,” he said, “but that doesn't mean I'm wrong.”

The following interview with Robert Anton Wilson took place shortly after his death, in a neighbouring reality where the universe is the size of a postage stamp and prone to giving interviews.

Miniature Universe: Thanks for letting me interview you. What’s it like being dead?

Robert Anton Wilson: I don't understand why people fear death - although of course I see good reasons to fear the process of dying. Dying often involves a great deal of prolonged pain, and in the United States, at least, may drain your life savings into the bank accounts of the A.M.A. Both prospects seem equally terrifying, especially if you hoped to leave a decent estate to your children. But as for death, and what – if anything – comes after death, I see no cause for apprehension whatsoever.

MU: Do you believe in Heaven?

RAW: From all the descriptions I've read, Heaven sounds dreadful to me. It seems to have a population made up entirely of some gang of Christians; the experts on Heaven disagree about which conglomeration of Christians will qualify, but they always seem to think that they personally belong to that elite group. An eternity with people that conceited seems intolerable to me, but fortunately I am not a Christian so I won't be consigned to such a boring place.

MU: So does that make you an atheist?

RAW: I used to be an atheist, but then I found I had nothing to say during blow jobs. Somehow yelling ‘random chance, random chance!’ at the climax just doesn’t convey the gravity of the situation.

MU: So you have some alternative views on death.

RAW: Well one alternative after-death scenario involves merger with “God” or with “the Godhead” (the latter term seems more popular). This idea, which seems Hindu in origin, currently enjoys vast popularity with New Agers. I see nothing terrifying here; in fact, I suspect I would enjoy it, based on my previous experiences in which this merging or melting seemed to take place on LSD. An infinite Acid Trip in which the whole universe seems like your body: who could fear that (except Republicans)?

MU: But you can’t be certain this is what happens after death?

RAW: Only the madman is absolutely sure.

MU: What if there’s nothing after death? Does that scare you?

RAW: If I become totally oblivious, I won't know about it (by definition of oblivion). How can you feel terrified of something you can't experience? Besides, oblivion means freedom from “all the ills the flesh is heir to,” from bleeding piles to cancer – even bad reviews of my books. Living in New York or Los Angeles seems much worse than not living in Oblivion.

MU: So what do you believe, then?

RAW: I don't believe anything, but I have many suspicions. I strongly suspect that a world “external to,” or at least independent of, my senses exists in some sense. I also suspect that this world shows signs of intelligent design, and I suspect that such intelligence acts via feedback from all parts to all parts and without centralized sovereignty – much like the Internet. I somewhat suspect that theism and atheism both fail to account for such decentralized intelligence, rich in circular-causal feedback.

MU: But you don’t consider your suspicions to constitute beliefs?

RAW: These suspicions have grown over 74 years, but as a rather slow and stupid fellow I do not have the chutzpah to proclaim any of them as certitudes. Give me another 74 years and maybe I'll arrive at firmer conclusions.

MU: You’re always keen to avoid using the word belief. Why is that?

RAW: I consider dogmatic belief and dogmatic denial very childish forms of conceit in a world of infinitely whirling complexity. Belief is the death of intelligence. As soon as one believes a doctrine of any sort, or assumes certitude, one stops thinking about that aspect of existence. Whenever people are certain they understand our peculiar situation here on this planet, it is because they have accepted a particular religious or secular ideology and just stopped thinking.

MU: But you can’t get through life without having some beliefs, surely.

MU: Is it your goal to spread this message? To create some sort of ontological uprising?

RAW: At my most ambitious I want to make as big a revolution as Voltaire or Marx or Nietzsche, only I hope mine will be totally wholesome. Of course, that's hoping for a lot. On a more modest level, I just hope I give some people some good laughs, cheer them up and make them a little more optimistic because the world is suffering from terrible depression. It's a global illness.

MU: For someone with such a positive outlook, you often seem to have little good to say about politicians.

RAW: Well, the shock of discovering that most of the power in the world is held by ignorant and greedy people can really bum you out at first; but after you've lived with it a few decades, it becomes, like cancer and other plagues, just another problem that we will solve eventually if we keep working at it.

MU: Do you see yourself as a guru or a teacher? Do you have followers?

RAW: A follower is an asshole looking for someone to attach itself to – I have one already, thanks, I don’t need any more! I guess I see myself as more of a spiritual anarchist. In Prometheus Rising and Quantum Psychology I'm definitely trying to teach the reader how to change their own consciousness so they don't need a guru to do it for them.

MU: Do you think your use of drugs undermines your credibility?

RAW: There are periods of history when the visions of madmen and dope fiends are a better guide to reality than the common-sense interpretation of data available to the so-called normal mind. This is one such period, if you haven't noticed already.

MU: And how do you see the future? Rosy? Black? Indeterminate?

MU: Thanks for your time. Do you have a final message you want to leave? Anything you want to add about your own death?

RAW: I think I got off on the wrong planet… Beam me up Scotty, there's no rational life here!

RAW: Pardon my levity, I don't see how to take death seriously. It seems absurd. I look forward without dogmatic optimism, but without dread. I love you all and I deeply implore you to keep the lasagna flying.

Robert Anton Wilson, 1932-2007. This interview was conducted after his death through the arcane power of paraphrasement. All thoughts used belong to Mr. Wilson.

Acid seems passe when Second Life economics and WoW mudflation are in your lexicon in contrast with global warming and dollar depreciation. The more I learn the more frigthened I become of the future, because the onus of my role becomes more defined.