Civil Disobedience (4): A Theory of Justice 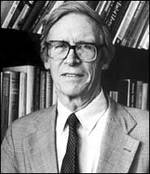 The success of the civil rights movement in the United States brought Gandhi’s achievements back to the nation that had first suggested this kind of resistance as a means of bringing change, but there was still considerable opposition to this approach. Many viewed the idea of rebelling against the government in this way as both criminal and undemocratic. A notable exception was the political philosopher John Rawls.

Political philosophy had been languishing in neglect for some time before Rawls renewed interest in the subject with the publication of his seminal work A Theory of Justice in 1971. The main thrust of the work was an attempt to reconcile liberty and equality in a principled manner, leading to Rawls’ idea of “justice as fairness”. The book rigorously develops a case for distributive justice (the allocation of wealth), which ultimately fails because of the number of assumptions Rawls uses to develop his case, the most fatal of which is Rawls’ idea that all people could be treated as risk-averse, an assumption that does not bear up to scrutiny.

Despite its flaws, the book renewed interest both in political philosophy in general, and in the application of Immanuel Kant’s work to the field in particular. Prior to Rawls, Kant had been somewhat relegated to an intellectual curiosity, but Rawls’ idea of an “original position” (a thought experiment in which the nature of society is agreed by participants who have no knowledge of their actual status in society) did much to revitalise interest in Kantian ethics.

A Theory of Justice is important to the history of civil disobedience as it was perhaps the first widely read academic book to seriously explore and defend non-compliance as a legitimate democratic option. In the book, Rawls states:

Although one believes in the soundness of a democratic constitution and accepts the duty to support it, the duty to comply with particular laws may be overridden in certain in situations where the collective judgement is sufficiently unjust…

Rawls defined civil disobedience as “a public, non-violent, conscientious yet political act contrary to law usually done with the aim of bringing about a change in the law or policies of the government.” This definition was narrower than the one originally used by Thoreau, and Rawls wanted to be clear that by narrowing the definition he was not suggesting that this was the only form of legitimate dissent; he opted for precision in order to be able to discuss the issues more accurately.

Rawls also made it clear that in being civilly disobedient it wasn’t necessary to break the specific laws being protested – indeed, he noted that in the case of unjust laws for treason, it would be wholly inappropriate to commit treason in order to protest such an injustice! Rather, acts of civil disobedience could violate minor laws (such as traffic ordinances or trespass) in the goal of drawing attention to the greater injustice. He further noted that if all minorities were to pursue their objectives through civil disobedience at the same time it could be deleteriously disruptive to the order of society, and thus suggested that co-operation between minorities with different agendas might improve the effectiveness of acts of civil disobedience by scheduling them at different times. This perhaps offers an overly optimistic view of the realities of such situations, but the opinion is consistent with Rawls general position all the same.

Parallel to his definition of civil disobedience, Rawls also defined conscientious refusal as “non-compliance with a more or less direct legal injunction or administrative order.” It is likely this additional point was made partly in reference to the military draft that had triggered mass protests and widespread conscientious refusal in the Sixties. He cited Thoreau’s refusal to pay taxes as a consequence of his objection to how his money would be used as an example, as well as the example of a pacifist refusing to serve in the armed forces, or a military officer refusing to obey an order that they believe is “manifestly contrary to the moral law as it applies to war.” In the case of conscientious refusal, Rawls notes that in this situation one’s action will be known to the authorities (preferring to call covert infractions conscientious evasion, as in the case of runaway slaves).

It may seem at first glance that Rawls contribution was trivial; merely providing robust definitions and a simple analysis of consequences. However, by including sections on civil disobedience and conscientious refusal in his work on “justice as fairness”, Rawls was explicitly legitimising non-violent resistance in philosophical and political terms. This was perhaps the first time that it was coherently recognised that the establishment of democratic government was not, in and of itself, sufficient for justice or freedom. Rather, it was necessary for individuals to take action and protest in the face of injustice.

Meanwhile, on the other side of the Atlantic, the gradual diminishment of the Cold War was creating bold new opportunities for non-violent revolution to prove itself as a viable agent of change.

Next week: The Velvet Revolution

"This was perhaps the first time that it was coherently recognised that the establishment of democratic government was not, in and of itself, sufficient for justice or freedom."

M. Marquez: I take your point here, but I covered Thoreau earlier in the serial, and while civil disobedience certainly tracks back to him, the point I am making here is that Rawls systematically exposes the limitations of democracy (and attempts to fix them).

I do take your point that Thoreau prefigures Rawls in sensing limits to majority rule democracy, but he does not attack the problem with the rigour of Rawls.

Perhaps instead of "coherently recognised" I could have strengthened this to "systematically demonstrated"? This is the point I was making.