The Battle for the Hardcore
Black Squirrel Map

A Secular Age (5): The Nova Effect 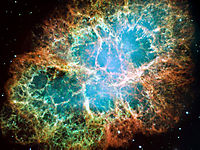 Taylor describes an important aspect of the modern conditions of belief by saying that “we are now living in a spiritual super-nova, a kind of galloping pluralism on the spiritual plane.” This is what he terms the nova effect, which he sees as originating in the establishment of a viable exclusive humanism. The development of secularity in Taylor’s third sense (a world of diverse belief) passes through several stages; the first was the development of exclusive humanism as an alternative to Christianity in Western society (which we looked at two weeks ago), the second was the diversification this triggered as the different positions began to argue amongst themselves:

The multiple critiques leveled at orthodox religion, Deism, and the new humanism, and their cross-polemics, end up generating a number of new positions, including modes of unbelief which have broken out of the humanism of freedom and mutual benefit (e.g., Nietzsche and his followers) – and lots else besides. So that our present predicament offers a gamut of possible positions which extend way beyond the options available in the late eighteenth century. It’s as though the original duality, the positing of a viable humanist alternative, set in train a dynamic, something like a nova effect, spawning an ever-widening variety of moral/spiritual options, across the span of the thinkable and perhaps even beyond. This phase extends up to the present.

The increasing awareness of other cultural traditions, and the cosmopolitanism born of so many different cultures living side by side in an ever-shrinking world has only served to accelerate this nova effect in recent decades.

As mentioned last week, the polar extremes of the space opened up by the nova effect are orthodox religion and its mirror image, an orthodox materialist scientism which denies the validity of other belief systems as fervently as orthodox Christianity insists on itself as the only valid mode of belief. In both cases, the ridiculousness of such a rigid position in light of the vast panoply of ways that people now approach both belief and unbelief is rendered invisible by a premature certainty inflated by contrasting solely with the polar opposite beliefs, and not considering the intermediate positions at all.

We are alone in the universe, and this is frightening; but it can also be exhilarating. There is a certain joy in solitude, particularly for the buffered identity. The thrill at being alone is part sense of freedom, part the intense poignancy of this fragile moment, the “dies” (day) that you must “carpere” (seize). All meaning is here, in this small speck. Pascal got at some of this with his image of the human being as a thinking reed.

This can be contrasted by what people of belief experience in the face of the modern cosmic imaginary:

Here is where a religious person will easily confess a sense of mystery. Materialists usually want to repudiate this; science in its progress recognizes no mysteries, only temporary puzzles. But nevertheless, the sense that our thinking, feeling life plunges its roots into a system of such unimaginable depths, that consciousness can emerge out of this, fills them too with awe.

In demonstrating that the sense of mystery exist among unbelievers as well as believers, Taylor quotes from Douglas Hofstadter who expresses a sense of “cosmic awe” at the image of the world opened by a reductionistic perspective, that from which “the most substantial and familiar of objects or experiences fades away, as one approaches the infinitesimal scale, into an eerily insubstantial ether, a myriad of ephemeral swirling vortices of nearly incomprehensible mathematical activity. This in me evokes a cosmic awe. To me, reductionism doesn’t ‘explain away’; rather, it adds mystery.” Hofstadter is thus sharing in the mystery of the universe experienced by believers, but from a materialistic perspective.

The sense of awe that is experienced from a position of unbelief can serve to “recapture the sense of connection and solidarity with all existence”, leading to a kind of “nourished materialism”:

And so materialism has become deeper, richer, but also more varied in its forms, as protagonists take different strands to the complex facets [of the modern cosmic imaginary]. The reasons to opt for unbelief go beyond our judgments about religion, and the supposed deliverances of “science”. They include also the moral meanings which we now find in the universe and our genesis out of it. Materialism is now nourished by certain ways of living in, and further developing, our cosmic imaginary; certain ways of inflecting our sense of the purposelessness of this vast universe, our awe at, and sense of kinship with it.

Of course, the shift in the cosmic imaginary did serve to change attitudes towards the idea of God, and not just because the early modern apologetics of design (‘there must be a God, because everything shows signs of design’) were thoroughly undermined in the Victorian era by a scientific explanation for this teleology (namely evolutionary theory). The need for an ordering presence behind the visible order is thus shaken. Taylor observes that the “vast unfathomable universe in its dark abyss of time makes it all too possible to lose sight of this ordering presence altogether.” Yet the mystery that is revealed can in itself be a powerful source of spirituality: “Our sense of the universe is not unequivocal… It can occlude all sense of order and meaning, but it also can be the locus of powerful spiritual meanings. When these are denied, the result is often a narrow and philistine scientism.”

In exploring the nova effect, Taylor considers various materialist beliefs without any obvious prejudice. These are not his beliefs, but he is not willing to dismiss them just because they are different to his own. In a fascinating footnote, he even considers what his beliefs might be were he a materialist:

…you don’t have to have faith to believe in the continuing saliency of independent religious motivation. You could think that evolution had played a cruel trick on the human race, and given us an unquenchable thirst for transformation to which no objective possibility corresponded. This seems to me the next most likely hypothesis after theism, and still more plausible than the Disappearance Thesis.

Although we can now see the nova effect spread throughout the whole of society (and the internet serves to make this grand variety of beliefs even more apparent), it took time for this to become part of the experience of everyday life for everyone. Initially, the widening of positions of belief and unbelief was constrained to “happening among social élites, sometimes – when it comes to the development of new forms of unbelief – only among the intelligentsia.” Only in the twentieth century did it begin to influence the lives of everyone in society – and in particular, after World War II. Taylor recognises that “the trajectories differ significantly between national cultures”, but lacks “the space and the competence” to explore all these changes in full. (He also notes that “probably the reader lacks the patience” – the story so far has filled four hundred pages, and is only half-way complete).

He summarises his interpretation of the process of secularisation, contrasted staunchly against mainstream secularity theory’s idea of the inevitable decline of religion, as follows:

Positively, my aim is to suggest, in place of the supposed uniform and unilinear effect of modernity on religious belief and practice, another model, in which these changes do, indeed, frequently destabilize older forms, but where what follows depends heavily on what alternatives are available or can be invented out of the repertory of the populations concerned. In some cases, this turns out to be new religious forms. The pattern of modern religious life under “secularization” is one of destabilization and recomposition, a process which can be repeated many times.

Thus the principle characteristic of the religious landscape of today is not that faith or religion has declined – considering the world as a whole it is far from clear that this is the case – but rather that it has diversified.

The third and final phase of the move towards secularity in Taylor’s third sense is the arrival of a new “mass phenomena of ‘expressive’ individualism”. Expressivism had been the invention of the Romantic period of the late eighteenth century, as part of the growing nova effect. Intellectual and cultural elites had been searching for some authentic way of living or expressing themselves throughout the nineteenth century, and in the twentieth century this quest came to affect a much larger part of the population – particularly in the wake of the social revolutions in the Sixties.

This is the dawn of what Taylor terms the Age of Authenticity – a movement within the nova effect which brings about a large-scale shift in the understanding of the good to a position whereby each individual is granted the freedom to determine their own beliefs and morality, with the sole injunction that it must be ‘authentic’, which is to say “each one of us has his/her own way of realizing our humanity, and that it is important to find and live out one’s own, as against surrendering to conformity with a model imposed on us from outside, by society, or the previous generation, or religious or political authority”.

Thus the spiritual super-nova, accelerated by the adoption of an expressivist ethic of authenticity, has multiplied the number of possible beliefs to a near-infinite degree so that the situation in the West (and elsewhere) is such that:

…the gamut of intermediate positions greatly widens: many people drop out of active practice while still declaring themselves as belonging to some confession, or believing in God. On another dimension, the gamut of beliefs in something beyond widens, fewer declaring belief in a personal God, while more hold to something like an impersonal force; in other words a wider range of people express religious beliefs which move outside of Christian orthodoxy. Following in this line is the growth of non-Christian religions, particularly those originating in the Orient, and the proliferation of New Age modes of practice, of views that bridge the humanist/spiritual boundary, of practices which link spirituality and therapy. On top of this more and more people adopt what would earlier have been seen as untenable positions, e.g., they consider themselves Catholic while not accepting many crucial dogmas, or they combine Christianity with Buddhism, or they pray while not being certain they believe. This is not to say that people didn’t occupy positions like this in the past. Just that now it seems to be easier to be upfront about it. In reaction to all this, Christian faith is in the process of redefining and recomposing itself in various ways, from Vatican II to the charismatic movements. All this represents the consequence of expressivist culture as it impacts on our world. It has created quite a new predicament.

In the wake of the nova effect, and the impact of the Age of Authenticity, what is the modern situation concerning religious belief? It is this to which we shall turn our attention next week.

The opening image is a Hubble mosaic image of the Crab Nebula, the six-light year wide remnants of a supernova witnessed in 1054 AD by Chinese and Japanese astronomers.