A Game Has Never Made You Cry
Hacking Restaurants, Post It Design, and Black Swans

The Stories We Tell 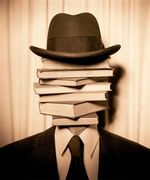 The metaphysical stories that we tell lie at the heart of who we are, both as individuals and as cultures. It is easy to make the mistake of believing you don't tell such stories, that they are a thing of the past and anyone who believes in untestable stories is somehow deficient – but even this is a metaphysical story that distorts our perspective. If we are to mock those who have faith in an immortal afterlife, or who believe in the power of a transcendent force to save us, must we not also mock those who have faith in science to grant them immortality, or who believe that technological progress will save us, even while our environment rots under under the resource gluttony facilitated by the equipment we have already engineered? The thing with glass houses is that they are hard to see, especially when you are focussed upon hefting your stones.

There is a malicious tendency that all humans possess to some degree which fools us into believing that the way to solve problems is to convince other people that their stories are wrong and our stories are right. But changing the stories we tell about ourselves transpires to be exceedingly difficult, except when a crisis awakens that potential within us. Effort exhausted on attempts at conversion – no matter the stories being sold – are counter-productive. They hurt the reputation of whichever culture the stories being forced upon others belong to, regardless of whether that culture is a traditional religion or a progressive liberalism.

Once we accept freedom of belief – the right of each and every one of us to be the sole determinant of which stories we tell – the problems facing the world become very different. The crises become far more tractable than if we insist on believing the demon that whispers “everything will be better when everyone tells the same stories as you”. Then the challenge becomes finding those stories that are compatible with the tales people already tell about themselves, those which allow us to agree upon the problems that need addressing, and thus apply solutions.

The stories we tell are fundamental to who we are, but they are also elemental to what we can achieve. One story, told in an appropriate fashion and couched in language viable to its audience, can change the world. Indeed, there are many such stories which have already changed the world – Zarathustra or Plato's stories of Good and Evil as absolutes, Buddha or Jesus' stories of universal love, Darwin's stories of descent with modification, Nietzsche and Kierkegaard's stories of reality as interpretation, Einstein's stories of relativity. The question we face, in trying to get to grips with our existence, appears to us all too often as “which stories are true?” Yet truth, in this sense, means little more than assessing compatibility with the stories you have already accepted. Instead, I suggest the question: “which stories shall we tell?”

The opening image is by Mark Cooper/Getty Images. As ever, no copyright infringement is intended and I will take the image down if asked.

So, in trying to follow this, I find myself asking if you are suggesting that people with "compatible" stories should come together to solve their (or some other groups) problems?

I can find nothing in this post to argue with. I feel exactly the same way, myself.

Matt: I am suggesting that solving social problems requires an awareness of which stories lie behind positions, and a move away from imagining that solutions rely on "proving the true story".

Take my old friend Intelligent Design. This can be seen as a clash between "the Bible is true" and "science is true" - both stories that are highly suspect, but you can't easily dislodge them from those who hold such stories to be self-evident. So the question for me then becomes: how do you balance the needs of the people who hold these stories against one another, in a country where the former is marginally more prevalent than the latter?

One (unlikely) possibility is to permit some philosophy of science into the classroom - tell Popper or Kuhn's stories - then discussing Intelligent Design becomes a far more valid topic for science classes. The objection that "there isn't time" suggests that the scientific specifics are more important to teach than the philosophy, which I feel fundamentally misunderstands the role of a science class (which I would claim is to teach children *about* science, not to indoctrinate some version of science).

Similarly, the problems in Israel/Palestine could be attributed to an Israeli entitlement story "Israel has a right to be here" versus the Palestinian bitterness story "They took our land". Trying to change either of these stories is too difficult, so brokering peace requires new stories that are compatible with the prior stories - perhaps "We both have claims to this land, and thus we both must share the power and the responsibility".

Don't know if this clarified or obfuscated! :)

Deirdra: Thanks for taking the time to comment! Since most commenters do so because they are in opposition or requesting clarification, I don't often get the people saying "I feel the same way", and I really appreciate hearing it as it makes me feel less insane! :)

I really enjoyed writing this piece... it expresses in five paragraphs what previously would have taken me many thousands of words. I am aspiring to brevity, I'm just taking the long way around. :D