Myths of Evolution (6): Survival of the Fittest 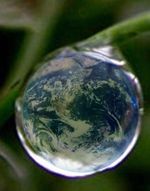 Finally, perhaps the most famous myth about evolution: “survival of the fittest”. This is often taken to mean that “only the strong survive”, which I discussed previously, but this radically understates the mechanics of the processes of natural selection. It is often pointed out that this phrase – “survival of the fittest” – is a tautology, and indeed, this criticism is correct. Since “fittest” means “best adapted to survive”, this claim is entirely circular. This isn't an argument against the various theories of evolution, per se, since these do not rely upon this tautology, but it invalidates a lot of lay thinking on the matter.

All of the previous myths I have examined relate in some manner to this central myth of “survival of the fittest”: the idea that “only the strong survive” is directly related, erroneously equating 'strength' with 'fitness'. The ladder of progress (incorrectly) assumes the winnowing of the simpler forms on the mistaken belief that 'more advanced' equates to 'fitter'. The “selfish gene” applies the “survival of the fittest” myth to genetics, arguably obscuring what is valuable in the gene-centric view. Kin selection correctly observes that co-operation is an advantage, but tries to shoehorn this into the “survival of the fittest” paradigm, mangling its meaning. All these various myths can be arguably traced back to the application of Darwin's ideas to economics by Herbert Spencer, who first coined the phrase “survival of the fittest”, a view that had been distorted by his prior metaphysical belief in the primacy of progress.

The myth “survival of the fittest” seems to  say: survival is a game and it is won by those who are best at playing it (the “fittest”). But this is supposed to be a story which encapsulates what evolutionary theories teach us about natural history, and in this role it is remarkably ill chosen. Competition for resources and the struggle for survival are part of natural history, and one of the driving forces in natural selection, but theories of evolution demonstrate that competition for mates is just as important as competition for survival in driving the selection process (Shall we dub this “propagation of the sexiest”?). In many social animals the ability to co-operate to protect the young is more important than intra-species competition in terms of the continuation of the species - does “survival of the fittest” really encourage us to consider co-operative behaviours as advantageous? On a wider geological scale, punctuated equilibrium shows that when the conditions change what once was  “fittest” becomes extinct - an aspect of lottery entirely elided in the idea of “survival of the fittest”. Except in the tautological sense that “fittest” means “best adapted” this myth is rather empty of applicable meaning.

In recasting this core myth into a new form, we can draw upon the new stories I have been suggesting. The chain of inheritance (replacing the ladder of progress) stresses the idea that every living species is connected to the beginning of life by an imaginary tether along which various beneficial abilities are inherited, since advantages persist (replacing the selfish gene). Those animals which live today are here in part by luck (or fate, for those whose metaphysics lie in this direction), and in part because of highly adaptable ancestors that thrived when other species became extinct during times of extreme upheaval: this is the survival of the adaptable (replacing the idea that only the strong survive). Finally, for those many species fortunate enough to have inherited a trust mechanism from their ancestors – and this appears to be all mammals and birds, as well as many reptiles, fish and even (in a very different manner) some insects – future survival depends in part upon co-operation, since trust is an advantage (replacing kin selection).

These new myths don't suggest a story in which “survival of the fittest” would be the apposite adage. They rather suggest that the history of life on our planet reflects a refinement of possibilities. This is not to deny that competition for resources or the background struggle for survival are a key part of natural history, nor that natural selection can be a harsh process, but focussing solely on these aspects of the history of life risks radically curtailing the scope of our understanding – seeing only the warp of the tapestry of life, and missing the weft. The fox preys upon the rabbit, but in doing so the possibilities inherent in rabbits become refined – and in reacting to these refinements, the possibilities of the fox are also gradually refined.

From the raw experiments born of the exuberance of life come new possibilities – such as the potential of the eurkaryotic cell created from the co-operation of single-celled bacteria (endosymbiotic theory) , or the dramatic potential of cell differentiation this created (the likely cause of the Cambrian explosion). Life has sprung into diverse existence, and been savagely curtailed by disasters and extinctions, but throughout the unfathomable duration of geological history it is clear that evolution has created new possibilities, new and amazing forms of life, as well as novel ways for these creatures to interact, such as the potential for co-operation on a cellular level (endosymbiosis) and a macroscopic level (trust). Seen through this lens, our evolutionary history tells the story of the gradual refinement of the possibilities of life – from which process emerges all the many living things of our planet, including you and I, and everything to follow.

A new serial begins in April.

While I agree that refinement of possibilities could possibly be a trend of evolution, I'm skeptical that its going to operate with prime influence. After all it would have to be in direct opposition to adaptability. The most successful, durable forms of life are bacteria, right?

Chris, could you distinguish for me your notion of "gradual refinement" from the "ladder of progress" you bashed in the first instalment? Either I'm misreading your language (entirely possible) or you're perpetuating the same view using different words.

zenBen: "refinement of possibilities" refers to the superset of life, not the evolutionary paths of individual organisms. Bacteria are part of every ecology on Earth, and the possibilities for bacteria have become radically refined by the development of other lifeforms - consider the sheer biomass of microflora that live in the intestines of macroscopic animals!

One might argue, as Moorcock idly offers via the protagonist in the Between the Wars quartet: "We are the floating pastures where the microbes graze" (or something like that).

Peter: this is a fair concern. The problem with the ladder of progress was solely that it encourages us to project into the future based upon a narrow historical case from the past.

So for instance you have the Star Trek idea (also: Stargate) that humans will eventually evolve into a being of pure energy, usually via some bizarre transfiguration event.

But you can say nothing certain about the future evolution of a species and its descendants (we can barely know the conditions they will face, let alone what this might mean!). This was Gould's objection to "the ladder of progress", which I echoed.

I shall quote Dr. Armand Leroi as I like his phrase here: "In the short run, creatures evolve. In the long run, they evolve evolvability." He's a pretty orthodox sort of evolutionary biologist, but he sees that there is more going on in the grand time scales than just the lineage of single creatures - when certain key developmental advantages arrive, they change the playing field of life in radical and unpredictable new ways.

Does not each geological era show some new possibilities that were stifled or simply absent in the previous era? Thus the Silurian gives us the insects, but it is only in the late Jurassic, some 300 million years later, that the flowering plants arrive - and this radically refines the possibilities of insects, which in turn radically refines the possibilities of flowing plants - leading to the profusion of diversity in both insects and plants we see today. Seeing this as a linear ladder of progress for the insects would miss the essence of what actually happened.

I find it especially interesting when you take into account Cramer's "pump of evolution" - this idea that the arrangement of the planets serves to give us intermittent asteroid impacts, but because the gas giants soak up most of the objects that pass by, these extinction events are sufficiently time separated to allow for the ecologies to recover, and significant changes to the biosphere can develop between each catastrophe. Thus even the extinctions serve the refinement of possibilities - since this intermittent levelling of the playing field allows new possibilities to emerge afterwards, as with the flourishing of mammals after the Cretaceous.

But of course, this is just another metaphysical spin at heart - I am not advancing it as inherently superior. Just another way of looking at the natural history of life.

I hope that clarifies my position here.

Thanks for the comments!

Interesting quote from Leroi - I'd also seen it as a theme elsewhere, but I'm not sure how much work's been done on testing the hypothesis.

I suspect I'm unhappy with the term refinement, but will check its definition fully before quibbling further, as I also suspect I have a poor definition.