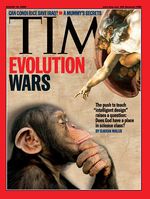 The furore over Intelligent Design was a critical biting point in the conflict between a number of competing ideologies. It was not in any meaningful sense a battle between “religion” and “science”, but rather a clash between a small but vocal religious group (Biblical authoritists in the United States i.e. Young Earth Creationists) and a small but vocal nonreligious group who opposed them unequivocally. The debate eventually widened to the point where it was difficult for anyone involved in science or Christianity not to take some kind of position, although non-Abrahamic religious traditions were in no way involved at any point.

If the focus of the movement had been to increase awareness of those people who believed that life was best explained by appeal to an intelligent designer, this might not have been problematic – such people clearly do exist, have a right to their beliefs, and indeed a right to teach this belief to their children. It was the desire to teach intelligent design in public school science classes as a perspective to be contrasted with conventional evolution interpretations of the origins of life which caused the matter to become so explosively partisan. In so doing, the considerable disagreements over the specifics of evolutionary theories became largely brushed to one side as opponents of intelligent design united in opposition.

Ironically, the issues at the core of this debate had been examined quite extensively by Immanuel Kant more than two hundred years ago, and the second part of his Critique of Judgement has much to say on the topic that is still relevant today. That ideologues on either side of the intelligent design debate were not cognisant of this philosophical work speaks ill of both camps claim to a background of informed learning, or perhaps of the failure of modern society to recognise that philosophy has an embarrassment of riches that can be brought to bear on all manner of topical issues.

Kant wrestles with serious philosophical issues long before they became subjects of intense public debate: in his time, discussion of teleology was principally an ivory tower concern. But this is not to suggest that there are not parallels between the modern discussion and its 18th century forerunner, and this at many levels. The matters at the heart of the claims have not changed significantly; Kant notes that if we do not attribute the cause of something natural being a certain way to a “teleological ground” then “its causality would have to be represented as blind mechanism.” This observation foreshadows the conflicting camps in the modern intelligent design debate.

Beyond this, however, Kant has concerns which mirror modern concerns in this respect. He notes that the basis of “our great admiration of nature” lies in part in the way we look at nature and easily conclude that it is “constituted just as if it were designedly intended for our use”. But he notes that this can go too far: “It is surely excusable that this admiration should through misunderstanding gradually rise to the height of fanaticism.” The term 'fanaticism' here means something very specific in the religious context Kant was writing from.

As Charles Taylor notes, the theology of the late eighteenth century identified three kinds of “dangerous religion”: superstition (practices based upon faith in magic), enthusiasm (the certainty that one had heard the voice of God) and fanaticism (the kind of religious certainty that licensed going beyond the common moral order). In connecting the association of purpose in nature with fanaticism, Kant is expressly disavowing the theological justifications which lie at the heart of intelligent design as going too far. Yet Kant was a devout Christian, he certainly believed in God – he was simply not willing to endorse anything that goes beyond whatever reason can lay reasonable claim. To do so was, in Kant's mind, quite unwarranted.

Why does Kant not feel the need to draw on the purposiveness of nature as proof of God? He recognises that this sense of purpose is there, after all, and he believes in God. What he does not accord with is the method by which such an assumption could be reached. In examining nature, he notes that much of what appears as purposive in nature could simply be the relationship between one element of nature to another. He notes that contemplation of nature can't allow one to conclude with certainty that there is a final cause behind nature's actions, even if it “hypothetically gives indications of natural purposes”. Considerably more would be needed to justify such a conclusion.

In the second division of this serial examining Kant's Critique of Judgement, we look at the Prussian philosopher's thoughts on what we now refer to as intelligent design, and consider what his work suggests in respect of a possible resolution to this ideological battleground.

Next week: Organisms as Natural Purposes

"fanaticism (the kind of religious certainty that licensed going beyond the common moral order)."

Alrenous: I'm delighted to have once again defended the validity of the archaic meanings of words. :) This older meaning of "fanatic" is readily understandable today, and does make a lot of sense. But of course, doesn't work in the context of "football fanatic"... but I suppose 'fan' has diverged from its root word by quite a margin nowadays!

I think it does work pretty well for "football fanatic." Football isn't a moral realm. (Except English football re: riots.) So, generalize a bit to simply going beyond the common aesthetic order; not overindulging or similar intuitions. The football fanatic clearly and firmly transgresses these.

Or perhaps this; the football fanatic does, in fact, bring football into the moral realm, thereby transgressing regular moral order.

Which means I'm quite happy with 'fan' having diverged. If you just memorize statistics and stay up late to watch games, you're not a fanatic, just a fan.

Alrenous: Of course, we already have the word "hooligan" to distinguish between the harmless sports fan and the "fanatic" in this case - and I think you can make a case for transcending the moral order here. But you're a little unfair to England fans... by no means the only hooligans in the world, and I understand no longer the national fans with the worst reputation for violence.