Lazzaro on Choices in Games (ihobo)
Kant's Critique of Judgement 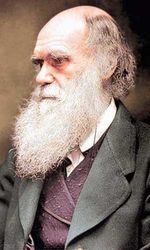 The Critique of Judgement was published in 1790; On the Origin of Species was published in 1859. Writing some seventy years before Darwin, one could be forgiven for thinking that Kant would have nothing to say on evolution, but this would be a mistake. The popular view that Darwin destroyed a prevailing belief in divine Creation is as historically confused as the popular view that Columbus destroyed a prevailing belief in a flat earth. (Both Columbus and his critics believed in a round planet, they merely disagreed as to its size – and as it happens, it was Columbus who was wildly in error in this case).

One quote in particular is frequently proffered with the intent of showing how wildly mistaken Kant was in respect of the prospects for understanding the origins of life:

It is indeed quite certain that we cannot adequately cognise, much less explain, organised beings and their internal possibility, according to mere mechanical principles of nature; and we can say boldly it is alike certain that it is absurd for men to make any such attempt or to hope that another Newton will arise in the future, who shall make comprehensible by us the production of a blade of grass according to natural laws which no design has ordered. We must absolutely deny this insight to men.

Sounds like a blunder, doesn't it? But Kant continues:

But then how do we know that in nature, if we could penetrate to the principle by which it specifies the universal laws known to us, there cannot lie hidden (in its mere mechanism) a sufficient ground of the possibility of organised beings without supposing any design in their production? would it not be judged by us presumptuous to say this?

In some respects, Kant was indeed mistaken – Darwin's natural selection did allow people to imagine organised beings arising from purely mechanical principles; this insight was not denied to humanity. But Darwin's theories did not rise to the explanatory power of Newton's laws; they did not mechanically explicate a blade of grass – they provided a new way of thinking about how an ordered design might emerge from natural laws. And this possibility Kant had afforded.

Indeed, Kant goes on at some length in the final sections of the Critique of Judgement concerning various issues that a naïve appraisal might be surprised to encounter seventy years before On the Origin of Species. Kant takes the idea of organisms changing – evolving – quite seriously:

The agreement of so many genera of animals in a certain common schema, which appears to be fundamental not only in the structure of their bones but also in the disposition of their remaining parts – so that with an admirable simplicity of original outline, a great variety of species has been produced by the shortening of one member and the lengthening of another, the involution of this part and the evolution of that – allows a ray of hope, however faint, to penetrate into our minds, that here something may be accomplished by the aid of the principle of the mechanism of nature (without which there can be no natural science in general).

One can even see the seeds of Darwin's “descent with modification from a common ancestor” in Kant's text:

This analogy of forms, which with all their differences seem to have been produced according to a common original type, strengthens our suspicions of an actual relationship between them in their production from a common parent, through the gradual approximation of one animal-genus to another – from those in which the principle of purposes seems to be best authenticated, i.e. from man, down to the polype, and again from this down to mosses and lichens, and finally to the lowest stage of nature noticeable by us, viz. to crude matter.

And so the whole... of nature, which is so incomprehensible to us in organised beings that we believe ourselves compelled to think a different principle for it, seems to be derived from matter and its powers according to mechanical laws (like those by which it works in the formation of crystals).

This isn't Kant pre-empting Darwin, but merely Kant expressing his views on the prevailing discussions concerning the origins of life in biology at his time, all of which was part of the background conditions of Darwin's work. And in this regard, it can be quite surprising to uncover just how much had already been surmised. Kant comments:

Here it is permissible for the archaeologist of nature to derive from the surviving traces of its oldest revolutions... that great family of creatures... He can suppose the bosom of mother earth, as she passed out of her chaotic state (like a great animal), to have given birth in the beginning to creatures of less purposive form, that these again gave birth to others which formed themselves with greater adaptation to their place of birth and their relations to each other...

He considers this latter thought “a daring venture of reason” but acknowledges that “there may be few even of the most acute naturalists through whose head it has not sometimes passed.” Rather than Kant failing to anticipate Darwin, as is usually suggested, Kant was already thinking in terms of what Darwin was going to deliver – as indeed were a great many other thinkers at this time. What they lacked, and what Darwin delivered, was a viable mechanism i.e. natural selection. Darwin big idea was not, in fact, as explosively novel as is sometimes suggested, which is in no way to denigrate its contribution to natural science.

Kant has one final point he wished to make, and did so in a section he later relegated to an appendix. He had, through his various Critiques, systematically debunked each of the proofs of God that had been advanced as being inadequate (the disproof of the teleological proof of God we saw last week, for instance). But he advanced a different kind of “proof” of his own – what Kant considered to be a moral proof of God. The short version of this argument is that it is rationally and morally necessary to attain the perfect good, and this is only possible if there is a God to secure an overarching moral order and causality. In the absence of God, one could strive towards perfect good, but it would be impossible to reach. This is not a “proof” of God as a fact – it was precisely these kinds of proofs that Kant debunked. It is a justification for faith in God.

In exploring his moral philosophy, Kant's central idea was that humanity, via the power of reason, was capable of legislating moral laws for itself (an ability he believed, as a Christian, was God-given). In the Critique of Judgement he ventures that one may choose to believe that the existence of creatures capable of ethical reasoning could constitute “the final purpose of the being of a world” i.e. that humanity as an ethical being is the culmination of Creation (or evolution). He recognises that one need not believe this, however, but notes that the alternatives are “either no purpose at all”(i.e. nihilism) or “purposes, but no final purpose” (i.e. subjectivism). Kant obviously favours the first option – the belief that humanity is the pinnacle of nature, that our ethics are our highest achievement, and that perfect good is attainable (because it is secured upon God).

Kant divided the kind of things we can mentally consider into three groups: opinion, fact and faith. Of matters of opinion, he had little to say. Matters of fact (or knowledge) he constrained to the faculty of reason and empirical observation of the world i.e. to science. But matters of faith were wholly separate from knowledge in Kant view. He stated that faith is “trust in the attainment of a design” and “the possibility of the fulfilment of which... is not to be comprehended by us.” To put this another way, Kant says that even if one has faith in God, it is absolutely not on the cards that we should understand God's plan. He even admits “I cannot cognise what God is.” Both God and God's plan are incomprehensible to humanity according to Kant.

If this is so, what value in the idea of God? Kant states:

If it be asked why it is incumbent upon us to have any Theology at all, it appears clear that it is not needed for the extension or correction of our cognition of nature or in general for any theory, but simply in a subjective point of view for Religion, i.e. the practical or moral use of our Reason.

Which is an incredible admission – for Kant not only allows that faith in God is subjective, but states that the only reason to contemplate God is for the ethical aspects of religious practice. Treating God as a matter of knowledge was a grave error as far as Kant was concerned – God should only ever be a matter of faith, and even then, the only way Kant allows that one can do God's work is to combine faith and reason in the pursuit of ethical living. This is a long way from the blind faith in Biblical authority that actuated intelligent design, for he did not presume that “God's law” was static, factual and beyond question. Kant instead believed that reason has the power to derive an ethics of the universal that could potentially bring about a “Realm of Ends”, the state of communal autonomy. Thus Kant believed that it was up to humanity to pursue what he claimed was our God-given purpose: learning how to live together.

A new serial begins in April.