Two quick posts at ihobo, republished here in full. Please leave any comments at the ihobo site by clicking on the relevant links below.

A new infographic describing the BrainHex classes has been created by Rob Beeson. Entitled The Gamer Brain: The science and the stories behind a Gamer's brain, you can follow the link to see it.

In support of UNICEF's efforts in Chile to rebuild the country following the terrible earthquakes and tsunami that struck earlier this year, Pablo Gorigoitía has drawn my attention to a persuasive game entitled Rebuild Chile, made to help raise funds. It's ad funded, so just click on the link to play the game and lend your support.

The game is a Pengo-esque sliding block game involving a digger and a helicopter. It has one of those super-annoying theme songs that you could perhaps describe as "catchy", if you wanted to be polite... thankfully you can mute it. Unlike other sliding block games, if you get into trouble you can use the helicopter to bail you out, reducing your score but often allowing you to avoid having to restart the level. 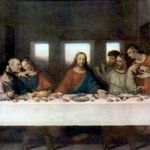 As has already been mentioned, when we play a game of make-believe with any given prop (such as a toy, a painting, a novel, or a movie) we can say it is an authorised game when it corresponds to the work world and the implied intentions of the artist behind the representation concerned. But it can be no trivial matter to determine what is an authorised game and what is not. When watching an episode of Star Trek: The Next Generation, for instance, which fictional truths are to be admitted? Those contingent on just that episode? On all the other episodes? On all the other episodes, and the episodes of the original Star Trek? Authority in cases like these can become nebulous, especially when so many individuals have contributed to a single franchise.

These situations, and others like them, fall under what Walton refers to as silly questions (perhaps the only instance of a philosopher using 'silly' as a technical term!). He asserts that there is a principle of charity involved when the mechanics of generation are at work, and thus some fictional truths which might otherwise by implied are blocked (or de-emphasized) primarily “because they would render the fictional world uncomfortably paradoxical”. Walton notes that “declaring a question to be silly does not answer it; it is an excuse, however legitimate, for not answering it.” This is advice that any Star Trek fan would be wise to heed.

Examples of silly questions abound. Walton cites the fact that Shakespeare’s Othello speaks in perfect poetic verse, and that the disciples in Leonardo da Vinci's The Last Supper (pictured above) all sit on the same side of the table as paradigmatic cases of silly questions, and recognises that questions such as these arise from the demands of appreciators' access to fictional worlds. If the disciples were not sat on the same side of the table, it would not be possible to see all of their faces, and this requirement pre-empts our normal assumptions about sitting around the dinner table in this case. Similarly with the ubiquitous speaking of English by characters of other nationalities in novels and films: the requirement for the appreciator to understand what is said trumps the strictures of realism. Star Trek writers have attempted to paper over this crack with a MacGuffin – the universal translator – but this frequently opens the door to yet more silly questions.

The opposite of an authorised game in Walton's system is an unofficial game, one in which we devise our own rules, modify the authorised ones, or otherwise alter the principles of generation in play. He is keen to stress that there is nothing illicit in this process – certain kinds of unofficial game are perfectly natural, such as the aforementioned unofficial game in which all episodes of Star Trek: The Next Generation and Star Trek are to be considered part of one fictional world (despite the many contradictions this entails). Indeed, in this case the writers of the shows in question participated in such an unofficial game when creating new episodes! Walton notes in respect of unofficial games:

We play special games for special purposes. Sometimes in doing so we follow unorthodox traditions of one sort or another. Sometimes we improvise on the spot. Many unauthorised games are fragmentary, our participation in them constituting a momentary turn in the course of a conversation. Sometimes – even more so than in the case of authorised games – we do not so much participate in them as merely allude to them. Nevertheless much of what we say concerning representations must be understood in terms of such games.

In dealing with unofficial games, precedents have an important role since “there are certain more or less standard patterns of implication, even when the implied games are not authorised ones.” He cites the practice of combining unrelated works in a single unofficial game as an example, as happens when sci-fi geeks debate match-ups like Death Star versus Borg cube. This is clearly an unofficial game – but it is certainly a natural one. Among many other possibilities, the pursuit of silly questions can transform an authorised game into an unofficial one – this (Walton states) is what happens “when one demands to know why the diners in Leonardo’s Last Supper all sit on one side of the table.” Just as with the principles of generation, there is likely no systematic way of determining the kinds of unofficial game that can be implied in any given case.

So far, talk of fictional worlds has been constrained to the analysis of the fictional truths that comprise these worlds, but in practice our relationship with the fictional worlds our games of make-believe generate from various props is far from as detached as this might suggest. As Walton observes:

We don’t just observe fictional worlds from without. We live in them (in the worlds of our games, not work worlds)... True, these worlds are merely fictional, and we are well aware that they are. But from inside they seem actual – what fictionally is the case is, fictionally, really the case... It is this experience that underlies much of the fascination representations have for us and their power over us... appreciators immerse themselves in fictional worlds. They are carried away by the pretence, caught up in the story.

This is not always the case, of course – sometimes we appreciate art without participation, for instance, and Walton notes that these cases are “something of a spectator sport; our stance is more akin to that of an onlooker than a participant in games of make-believe”; we observe the kind of game that might be played with such-and-such a prop. Much of our relationship with artworks (especially modern art) can take the form of such “distanced” appreciation. Yet even in such cases, make-believe is central to our experience, and Walton notes that “appreciation not involving participation is nevertheless to be understood in terms of it.”

Over at ihobo, the third part of the parallel serial is now up.