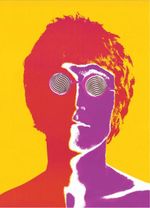 I have always disliked John Lennon's song Imagine, which for me is the worst kind of muddle-headed fantasy. It proclaims a desire for “the world to be as one” by the method of abolishing religion, nations and property. It's a good thing we have the Beatles song Revolution as counterpoint to make it clear it's only the Marxist ends Lennon supported and not the horrific means deployed under that ideology in the twentieth century. This aside, I have indeed taken the time to imagine what is prescribed in the song – and it's not a pretty thought.

I have imagined what would have happened to the dream of Martin Luther King, who died three years before this song was written, had he not been inspired by his religion to fight injustice while Lennon was “wandering the corridors of his mind”, whacked-out on LSD. I have imagined a world without nations (sometimes even with wistfully naïve optimism) and in particular I have wondered if this alleged utopia would be closer to Brave New World's totalitarian World State or Max Max's violent anarchy. I have imagined how one would have any kind of security at all in a world without property unless some kind of religion-like or nation-like belief system could sustain amicable relations.

On the whole, I would rather imagine a world with better religions, nations and property rights than a dystopia without any of these things.

Salmon Rushdie, drawing on Lennon's twisted vision, urges the six billionth child to “put aside childish things”, by which he means religion. Given the story of his life, I can understand Mr. Rushdie's hatred of traditional belief systems, but this asinine linking of religion to childhood grows tiresome. Blind rebellion against tradition is quintessentially teenage; it scarcely counts as adult behaviour. Paul, whom Rushdie quotes, at least had the maturity to admit in the next verse that he could only see “in a mirror, darkly.” Mr. Rushdie, like most teens, clearly knows better.

Imagine there's no heaven? It's easy if you try, apparently. Frankly, those tedious door-to-door evangelists are more subtle with their pleadings for metaphysical conversion. I prefer instead to imagine there's no attempt to enforce any single belief system, religious or non-religious; no bigotry between people of differing identities; no judgement based upon a person's presumed beliefs rather than their actual sentiments and actions. And that, Mr. Lennon and Mr. Rushdie, is not easy, no matter how hard you try.

Plus these essays point out that most of what is called religion IS very childish. Or put in another way, it is all about mommy and daddy.

Plus an essay on the origins and power-seeking political purposes of the Bible.

Hi John: once again, I'm disinclined to follow up a link-dump of this kind and would rather have something resembling a conversation in the comments. I'll pick up a few quick points, though.

I think the idea that most of what is called religion is childish is a misleading perspective. Most of what humanity does is very childish, and it is usual in a particular area to judge the domain as a whole by the best representatives, not the worst. If we judged science by this yardstick, it would be horrific. If we judged art in this way, it would be abysmal! :)

I do not find the claim that humanity is all one family because they are all one species to be very compelling... "Species" is a term defined primarily by the capacity to interbreed - but interbreeding is precisely what one does not do within the same family! :p

Thanks for commenting, but again, in the future I would prefer for you to make complete points in the comment and use links simply as supplemental material.

" have always disliked John Lennon's song Imagine, which for me is the worst kind of muddle-headed fantasy. "

Hoorah! Yes, yes, yes. Utterly and ridiculously overrated! The lyrics self-indulgently pose as being "deep" - and people fall for it! And a ghastly whingeing sort of melody as well. Yahhh!

(sorry, totally overcome by a desire to be a music troll. Ok I'll go now)

Martin: no need to apologise... it's nice to know I'm alone in being annoyed by this tripe! Lennon made some incredible pieces of music... this wasn't one of them. >:)