What You Like and Dislike in Games
Circus Philosophicus

The Canonicity Principle in Star Trek 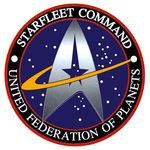 Walton wrote: “If there is an authorized game in which it is not fictional… then it is not fictional in the work world of the prop” – this is the principle of critical parsimony. But for Star Trek the possible normal (i.e. authorized) games vary enormously on account of myriad different prop combinations – does one include the episodes of classic Trek into games for The Next Generation? Do the episodes of TNG acts as subsidiary props for the first seven Star Trek movies? Do episodes of Enterprise count as subsidiary props for any other Star Trek franchise? There are a great many possible combinations, and most of them are perfectly normal games to play with Star Trek. As a result, what is actually fictional in the work world of any given Star Trek prop is much, much less than would normally be considered or desired.

If we were to play our imaginary games in the fictional world of the Star Trek megatext in this way, it would be a very thin world indeed, so in steps the canonicity principle to take up the slack. By establishing a new normative rule as part of the principles of fiction that apply for this megatext, one which specifies certain props as canon (i.e. authorized) and others as unofficial, the relationships between props are expanded in a way that buffs up what is fictional in the work world of all props in the Star Trek milieu. Kirk’s middle name is Tiberius, despite this being established in non-canon episodes of the animated series, because other canonical props in the franchise make this fictional, and all canon props are subsidiary props for any Star Trek prop in this game.

In effect, the canonicity principle establishes a different imaginary game that can be played with co-branded props, i.e. props that belong to the same mythology, the same megatext. This rapidly becomes a normal game in its own right, and thus ensures that the work world of Star Trek is not as thin as the principle of critical parsimony suggests. Without it, we’d be left a vast array of silly questions that would make engagement with the fictional world of Star Trek unappealing. As it is, we are still left with many silly questions, but the canonicity principle at least staves off the most flagrant nonsense and creates the illusion of order among chaos.

The concept of ‘canon’ content originating with the Sherlock Holmes stories as a consequence of the huge volume of pastiches that were written by authors other than Sir Arthur Conan Doyle. Declaring certain texts as canon established an authorised Sherlock Holmes megatext, and now similar normative processes establish a canon for other modern megatexts. Indeed, it is almost impossible to find a megatext that does not have a canon associated with it. (The fact that this use of ‘canon’ originates in the Christian Church’s decisions as to what constitutes scripture draws an ironic parallel with my discussion of orthodox science fiction).

What interests me about these canonicity principles  is how they provide another kind of game alongside the usual imaginary games of the megatext in question. This game, which involves an attempt to negotiate the most consistent interpretation of a particular set of props by an appeal to canon authority, is very much like what is called being a “rules lawyer” in tabletop gaming – and not coincidentally, appeals to people of a particularly geekish ilk. It seems that for imaginative people, or at least a certain subset of such people, there is a vested interest in maintaining fictional worlds that are substantial enough to maintain their interest.