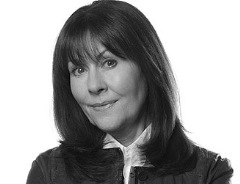 On Tuesday 19th April, actress Elisabeth Sladen passed away at the age of 63. Beloved for her role as Sarah Jane Smith in the British science fiction series Doctor Who between 1973-76, she reprised the role in the revived version of the show and starred in a spin-off, The Sarah Jane Adventures. The news comes just eight weeks after the passing of Nicholas Courtney, whom she performed with in Doctor Who; both had been living with cancer for some time. Speaking in an interview last year, she said of her association with the classic sci-fi show: “It is really bizarre because I never tried to hang on to the programme but it kind of hung on to me and I'm forever grateful for that because I never ever expected to be known for a particular role. I'm a jobbing actress and how lovely to work in something that I love doing.”