Last week, the metaphor of “selection” led to questions about what “fitness” is supposed to mean. And now, the conclusion. 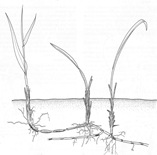 The “confusion about fitness”, as Ariew and Lewontin call it, comes from ignoring a rather obvious problem. Contemporary science is in love with its numbers – empirically-minded people adore the precision of physics – but this infatuation with mathematics isn’t always appropriate. Indeed, British philosopher Mary Midgley observes that our use of the terms “hard science” and “soft science” embed a kind of hierarchical judgment – the more mathematical a science appears to be, the “harder” it is assumed to be, and “hard” beats “soft” much as rock-beats-scissors. But Darwin’s idea of fitness to environment doesn’t lend itself to a simple numeric measure – it’s a complicated, multi-faceted fiction, one that enables us to think differently about the nature of life, but only “softly”. For most kinds of life on our planet, there is no way to make fitness into a neat number, much less one with predictive value – there may be no way at all to talk about one animal being ‘more fit’ than another outside of the fiction the metaphors provide.

Attempts to provide fitness with a robust, mathematical meaning tend to fall prey of an assumed equivalence between reproductive rates and Darwin’s fitness to environment, as if ‘fitness’ was nothing more than a measure of the number of offspring a creature can produce. Ariew and Lewontin savage the assumptions behind this approach, demonstrating that it just won’t do to treat ‘reproductive fitness’ as a substitute for fitness to environment, and this for a number of reasons, including the fact that a great many organisms have overlapping generations, meaning that reproductive rates are not that simple to calculate. When problems such as these have been recognized, alternative solutions have been offered – but the only secure way of mounting the concept involves measuring actual changes in the abundance of particular species, at which point any kind of explanatory or predictive power has been abandoned.

Furthermore, the attempt to use rates of reproduction as a measure of fitness run into insurmountable problems concerning what it means to count individuals at all. If the idea is that an animal which has a thousand offspring is fitter than an animal that has ten offspring (and perhaps even that the former is a hundred times fitter!) we have to be aware that there are many forms of life for which this kind of simplified view doesn’t really make any sense. Many flowers, for instance, have offspring by seeds, but they also grow vegetatively by putting out underground runners that produce new flowers asexually (pictured above). These new flowers are essentially clones of the original plant – should they be counted as new individuals, or not? If they are individuals, what does this mean for trees, which consist of a vast knot of flowering stems woven together into branches and a trunk? If the flowers are all individuals, the tree can’t be counted as one single individual, but must be treated as many different individuals, despite our strong intuitions to the contrary.

The same problem occurs with colonial organisms, such as the coral polyps that make spectacular coastal reefs. Coral polyps sometimes reproduce sexually, but more commonly they reproduce asexually via a process known as ‘budding’. If fitness is to be measured by counts of offspring, is a polyp that produces a hundred sexually-produced polyps to be considered fitter than a polyp that manages to occupy an entire reef through budding? As Ariew and Lewontin put it, “the problem of fitness and relative evolutionary success demands a solution to the problem of defining an individual.” They trace these issues back to the influence of Thomas Malthus on evolutionary theory and conclude that the genetic notion of ‘reproductive fitness’ just doesn’t fit to Darwin’s fitness to environment.

Ariew has pursued the same issue of what fitness is supposed to mean with the philosopher Zachary Ernst, and identifying severe problems with every attempt thus made to mount ‘fitness’ onto a secure mathematical footing. They are all in favor “reconstructing” the concept of fitness “so that it can play its traditional role in evolutionary explanation.” They just do not believe anyone has actually solved this problem, nor indeed are they convinced that it can be solved. The hope is to secure a meaning for ‘fitness’ that will serve as an explanation for why a particular trait succeeds while others fail, and hence why animals with that trait prosper. But they are doubtful that this is possible.

Particularly at task is a widespread account of fitness we can call fitness as propensity or the propensity interpretation. The basic idea is much as we have already seen in reproductive fitness – the fitness of a particular animal is related to its expected number of offspring. To avoid all the pitfalls of this simplistic approach, however, a more advanced solution is needed which takes into account a ‘family’ of propensities, rather than just reproductive rates. Either way, the fitness of any given animal is taken to be a property of the animal itself, that is, of its natural propensities (hence, ‘fitness as propensity’).

For instance, John Beatty and Susan Finsen offer a solution to the fitness problem in terms of a family of propensities that jointly affect population growth. If all the relevant propensities are included correctly in the model, this should presumably allow fitness as propensity to function as intended – relating fitness to number of offspring by correctly modelling population growth as a consequence of multiple factors. The trouble is, under this approach, different propensities will be needed to consider fitness in any given instance, which means in order to meaningfully talk of ‘fitness’ we must already understand all the relevant factors that contribute to the success of particular traits.

Ariew and Ernst contend that “nature is too variegated. Different biological situations call for different algorithms to explain changes in trait frequencies.” They do not see much hope of salvaging a propensity interpretation that has any predictive value. Part of the problem is that the intrinsic properties of individual animals aren’t really enough to understand why particular animals thrive and others fail. For most creatures, the reasons why any given trait becomes more or less common just aren’t causally determined. In the absence of a general model, it is still possible to pursue a historical investigation into the circumstances that lead to a particular species, but any hope that all such histories might be collapsible into explanatory theories of fitness must be set aside.

In fact, ‘fitness’ is applied most successfully in evolutionary theories when Darwin’s fitness to environment is essentially ignored. Genetic models of evolution that use fitness as a mathematical term (denoted by the letter ‘w’) have prospered, treating fitness purely in terms of changes in gene ratios. These population genetic approaches to fitness work very well in terms of their formulation and application to specific problems in the laboratory. They can be made to fit to artificial selection experiments quite easily, since ‘selection’ in the lab has the literal meaning of a decision (one made by the experimental protocol). But at this point, we’re no longer explaining the nature of life in the same terms that Darwin was using.

What could be called genetic fitness in these kinds of theories doesn’t assess how well a trait or a creature fits to their environment at all, and as such these theories don’t provide any explanation for the changes in the relative abundances of real animals or their genes. This presents a rather significant problem that tends to be ignored: if the successful use of ‘selection’ and ‘fitness’ in population genetic models has no role for the causes of selection, we seem to have inadvertently thrown away Darwin’s theory in its entirety. These genetic models are acausal – they don’t deal in causation at all, whereas Darwin’s natural selection was presented precisely as an explanatory cause. As philosophers of biology Alexander Rosenberg and Frederic Bouchard put it: “In jettisoning fitness, acausal approaches seem to have jettisoned natural selection altogether.”

We are left with Sober’s “two faces” of fitness: a mathematical model, gainfully deployed by population geneticists, and the imaginative concept of fitness to environment that originates in Darwin’s theory. But these are not two faces of the same beast – they are entirely different animals, the later dealing with causes, and the former modelling probabilistic reproduction rates with no reference to causes. As Sober notes, “fitness began its career in biology long before evolutionary theory was mathematized” – in the interim, the term has not maintained a constant meaning at all.

Of course, as Sober later notes with biologist David Sloan Wilson, while mathematics has proved important in evolutionary studies “it isn’t true that only mathematics is important, nor is it true that mathematics is always important.” The imaginative aspect of selection and fitness may have little (or even nothing) to do with successful population genetic models, but it is still key to what Darwin’s theory is claimed to say.

If, as nearly everyone involved in studying evolution would attest, differential survivorship in response to diverse environments is an important part of the history of life, then we admit that Darwin’s imaginative imagery of selection, and the fictional account of fitness, are still important, despite having vanished entirely from the hard algebraic accounts of population genetics. Despite the supposed claims of “hard science” over “soft science”, the mythology in this case somehow offers more than the mathematics.

Extracted from the draft manuscript of Myths of Evolution, due from Zero Books in 2012.