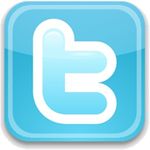 I’ve been on the global MUD chatroom that is Twitter for two weeks now, and one of the first thing that has struck me (other than the highly entertaining banality of it all) is how bizarrely charged with religious rhetoric it is on a daily basis. But this outpouring of belief-chatter isn’t coming primarily from the religious people, but rather the non-religious.

Now it’s quite possible that my perspective is skewed by the list of people I’m following, which unsurprisingly is heavily biased towards games industry and game studies people. The self-propagating chains of new connections tend to end up stuck in a thematic gulag, for obvious reasons. Nonetheless, I know that some of the people I’m following belong to a religious tradition, but they all bite their tongues and keep to the secular ideal of keeping one’s personal beliefs private as far as I can tell. It’s the self-identified atheists who are making most of the noise in my Twitter timeline, which I find rather odd since many of the people involved would never dream of discussing subjects like this in person.

For instance, yesterday game writer and all around nice guy Steve Ince retweeted this Wendy Kaminer quote: “While many biases have changed in the last half century, one remains the same: the bias against atheists.” I thought: that’s an odd quote. For a start, it’s simply not true – the bias against atheists in the early twenty first century is very different from the bias against them in the mid-twentieth century, and this for many different reasons. The “New Atheists”, to single out just one example, have made non-believers seem bigoted and fractuous, even to some of their fellow atheists. Over the last half century, Christian bigots have gone from condemning atheists just for being ‘godless’ to having very specific reasons for being prejudiced against atheists as a whole, often based (as most bigotry is) on confusing a notable minority for the majority.

Steve would never make a comment like this in person, at least not on the basis of the time I’ve spent chatting to him thus far. Yet he retweeted this without pause. Conversely, I have bitten my tongue on a number of occasions when I’ve wanted to comment (including this particular instance), and while I have retweeted some religious content, it’s mostly been quotes from the Dalai Lama or the Sufi poet Rumi, which I am assuming is comparatively inoffensive. Perhaps I am wrong – perhaps there are others out on Twitter who are shocked and offended by Rumi’s line: “Out beyond ideas of right doing and wrong doing, there is a field. I'll meet you there!” On the whole, my suspicion is that because the religious content I’ve retweeted isn’t Christian, I’m ‘safe’.

Last week, a religious topic ‘trended’ for the first time during my time in the chatroom: #goduniverse topped the trends list in the sidebar. Tweets with this hashtag were mostly comprised of people with fairly naive but harmless theologies sharing their view on God. Some of it was charming, a lot of it was vacuous. However, about a quarter of the tweets using this hashtag were atheist bigots haranguing the Christian tweeters verbally, or putting out hostile messages of some kind. These attacks, as far as I could tell, were incredibly one-sided. The Christians, at least in the sample I looked at, were sticking to Jesus’ ideal of turning the other cheek.

The reverse prejudice was revealed in another story I encountered from a tweet – an incredibly un-Christian response on Facebook to an appearance by the American Atheist organisation on Fox News. Now frankly, I don’t know what AmAth are doing appearing on Fox if they weren’t spoiling for a fight, but that in no way excuses the incredible outpouring of hatred on Facebook by people claiming to “love Jesus” and then defiling every aspect his teachings with their actions. That said, the court case AmAth are advancing, which seeks to remove the ‘9/11 Cross’ from the World Trade Centre Museum is spurious and asinine, and in no way defends the civil rights of nonbelievers in the United States. As (atheist) Susan Jacoby comments: “Preemptive strikes against ideas or images that a minority or majority dislike are exactly what the First Amendment forbids and atheists do not have a right to hide beyond the establishment clause as a rationale.”

All in all, Twitter has reminded me just how religiously-charged the viewpoints offered by partisans of belief can get, and how blind they can be to their own failings. I will defend to the death your rights to religious or non-religious freedom, but it’s no use pretending that all of the faults are on the other side of the fence. Indeed, one of the reasons I’m slightly disappointed with the way ‘atheist’ is invoked as an identity is precisely that it necessarily defines the fence but little else. Fences – boundaries – are a normal stage in the formation of a new identity: Christians in Rome were in a similar situation, as was the Gay community in the mid-twentieth century as it struggled for recognition. But there has to be something inside the fence a community believes in, since any group defined solely by what it is not will tend towards racism and bigotry at its extremes, and its extremities will inevitably come to dominate its public image.

Several years back, I read an article in a magazine that had been written by a lesbian expressly to decry the stereotypes used to characterise lesbians. The article was wholly counterproductive, since it was written in an angry and irritable style and thus reinforced the negative stereotype of lesbians as short tempered and petulant. There are, of course, a great many lesbians who are no such thing – but the ones that fit this pigeonhole (like the author of the article) frequently manage to reinforce the stereotype, to the detriment of everyone else in that particular community.

Identities wielded in public have consequences for everyone in the relevant community. This is as true on Twitter as it is everywhere else in the world.