When I Am Gone 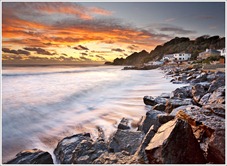 Life is given to us without our choice, and it ends for us whether we like it or not. The fear of dying is only natural, although we cannot fear it the way we fear, say, getting burned since that would mean we'd have to experience death to fear it. Conscious of our mortality, we fear when we shall not be conscious of anything – which is an odd state of affairs.

Hamlet, contemplating suicide as a way to escape his guilt and indecisiveness over his father's murder, suggests that all that keeps him from ending it all is the “dread of something after death”. Today this has ceased to be most people’s concern since those who believe in an afterlife also tend to believe it will be pleasant for them. What holds most people from suicide is either a prudent cowardice or a sense of waste: if (as many believe) this is all there is, there is little to gain from checking out of the game. Most people in the grip of such intense depression fail to recognise the anguish they will cause those around them, or else this inflicted pain is spitefully desired.

Suicide has never been on the table for me, and although I was tortured by intense depression in my youth, the prevailing winds in my life have blown me to ever fairer harbours. I'm not sure when I stopped fearing death, if indeed I ever did have such a fear. When, as a child, I believed in hell as punishment I perhaps knew some anxiety about dying but now I see hell as something we take ourselves into, the despair that for Kierkegaard was synonymous with sin. Now my concern is how to keep my friends safe from such anguish, as much as I can hope to do so. It is often impossible for one on the outside to render aid to someone who has fallen into a hell of their own making.

One day, I will be gone. Vanity hopes I will leave something by which I might be remembered, but in a century, a millennia, an aeon, the only trace of me that might remain will be inconsequential. I don't mind one jot: shorn of my flesh, my vanity will equally be dust. Scatter my ashes at Steephill Cove and go on with your lives. But despite no fear of death – at least, no fear of my own death – I find myself for the first time concerned about when I will die. I worry not for myself, nor even for my wife, but for my son.

I became a parent willingly and knowingly, with far more anxiety than mere death could cause! I was unprepared for what my intimate connection to this tiny creature would do to my experience of life. If I had died two years ago, well, it was a hell of a ride! If I die two years hence, I condemn my son to grow up without a father. That weighs heavily upon me now, although I could not wish to erase my wild youth for it made me who I am today.

When I am gone the world will still be much as it was. People will still mistake their ingenuity for wisdom, their desires for needs, their fears for hopes. They will decry intolerance and persecute difference from themselves, thus becoming what they hate. They will dance and love and sing, and bring such beauty into being they ought never fear the illusionary sense of meaninglessness that is the intellect’s revenge on humanity. When I am gone, the world will go on. Somehow, that is enough.

I was feeling quite upbeat till I read this. Depressed now...

Why is it that when I write something like this, which I don't find depressing, other people become depressed? I must be doing something wrong... :)

Not depressing it all; I found this beautiful and poetic.

This may be because I happen to hold very similar views to Chris, but there it is. ;)

Nathan: well I'm relieved that I didn't depress everyone with this piece at the very least! :)