Skimming Stones
What Would Make Me Buy a New Console? 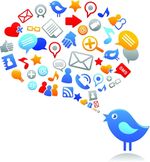 When I first started Only a Game, over seven years ago, it was something I did in the morning. Work was only intermittently hectic at the time, and my wife left for her job in the hospital very early in the morning - I could afford to spend a couple of hours every morning writing whatever I thought into my laptop in bed, before getting up and applying myself to my company. As a result, I wrote a tremendous volume of material here on a variety of subjects - and I also read a great deal of other people's blogs, responded to them, cross-linked and developed dialogue. It was a wonderful time for me, and I am still friends with many of the people in that original blog cluster.

Now, however, this does not in any way describe my blogging experience.

Most of my blog posts these days are written on my pocket robot during my morning or evening commute. They are often written days or weeks in advance and then queued up to run on Tuesdays for this blog, or Wednesdays for ihobo. I still read other people's blogs, but I don't have the time to do this well and so rely on Twitter (which I enjoy) or Google+ (about which I am ambivalent) to draw my attention to things. When I go to Google Reader now, there is typically hundreds of posts queued up and at best I might pick one or two to read. I simply don't have time to be engaged in other blogs like I used to.

But more than this, I sense that between 2005 and now, the blogging experience I described at the beginning has been consistently undermined by social media channels like Facebook and Google+ that subvert the discussions between individuals by mounting them on a superior technical platform. There are many advantages to the way Google+ handles comments that I would certainly say was an improvement (in technical terms) over the old blog conversations. Yet there is also something shallow and unsatisfying about Google+ which I do not like. Every time I login, I see bite sized chunks of things that people have shared mixed in with content Google wants to show me. This is very different from the consistent engagement that happened in my early blogging days, which felt like a small digitally connected community, not a randomly generated newspaper page.

My blogs have now become private publishing channels for short essays I write, which I then promote via social media. I do not know who comes to my blogs directly, who comes from social media referrals, who came in from a web search, and this ambiguity bothers me somewhat because during, say, the Ethics Campaign, Only a Game enjoyed discussions that were stimulating and lively. Now, these kinds of discussions occur badly on Twitter, or superficially on Google+, and when I get good conversations on my blogs it is rarely more than an intermittent one-on-one exchange. Something about this bothers me - something that I valued about blogging seems to have been undermined by the social media networks, precisely by offering a better technical platform for discussions.

I don't have a conclusion, but I would ask anyone else who reads this to let me know their thoughts and feelings on the tension or compatibility between pre- and post-social media blogging. Is it the internet community that has changed, or is it simply me (with my ever-growing list of commitments) that has blocked me from blogging the way I used to. Has social media improved blogging, or has it irrevocably undermined it?

I certainly recognise this phenomenon. I haven't written anything in over a year. I didn't post at all in 2012. There's a technical reason for that (and a lesson that I won't go into here) but I haven't solved that problem up to now because Twitter. I rarely approached the kind of essay or topical approach that you've employed and Twitter often is just about enough for me to release the spark of anger or creativity I feel that I would have put into a blog post.

I'm trying to get my blog running again so I can start posting again in 2013. I'm seeing it as a life-time investment and a desire to at least write more whether or not anyone reads it. If my music is anything to go by no-one will but I've come to terms with it :)

I've never engaged with Google+ or Facebook discussions. I fundamentally disagree with putting *thoughtful content* on someone else's platform.

I think we'll need another seismic shift in publishing to approach something more like the hey-day of blogging. SmartFish was one attempt to do that, which might still come to pass, but there are and will be others.

Matt: The majority of what I put on G+ are short posts bitching about Google. Thoughtful content goes into the blogs, and I cross-post to G+ for reach.

As the quality of the blog pieces improved, and the time between writing and posting increased, I began to create a mental barrier to posting short throwaway pieces, which is how these 'leaked' onto G+. But I'm not happy about this, and think I should like to explore different ways of allocating my blogging time.

You know you can turn off the google-inserted crap right?

Rodeoclown: Yeah, I know I can disable that feature but I'm not sure I want to. Many times have I hovered over the option, contemplating making the cut, but that isn't really my problem with G+ and so switching it off wouldn't necessarily improve things for me.