Chaos Ethics Update
The Epic Simplicity of The Lords of Midnight 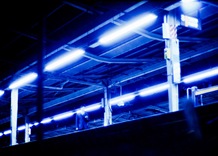 Recently, I’ve got into something of a funk about the issue of platform. This term, in case you haven’t heard of it, is something the media uses to assess someone’s relevance to a specific topic – so for instance a Professor of Middle Eastern Studies might get asked to comment on the BBC after something horrible happens in that part of the world. The Professor has a platform from which to speak about the Middle East. You can see that ‘platform’ here has a metaphorical meaning – it’s the thing you stand on so you can speak on a given topic. In general, if you don’t have a platform, you don’t get to speak to the media unless you are unlucky enough to be caught in a disaster or if you are caught by a vox-pop interviewer in the street.

I have been lucky enough to have a platform, and indeed occasionally get to speak on the BBC local radio, or get interviewed for magazines and the occasional magazine-style show. But my platform is in games and game studies. It’s not really surprising since I’ve made over forty games now, and I’ve published extensively about making them, understanding how and why we play them, and most recently in game aesthetics. Indeed, I am currently waiting for the bureaucracy to crank through my “back door” PhD in Theoretical and Empirical Game Aesthetics, which might give me the first doctorate in game aesthetics! You’d think I’d be happy about this, and certainly I’m grateful to have had the chance to build a platform, and that there are people who want to listen to me.

But for as long as I have been writing publically, which is just a little longer than I’ve been writing Only a Game (seven years), I’ve been enjoying writing about philosophy so much more than I enjoy talking about games. The work I’ve done on what you might call philosophy of imagination has been extremely well received by academics in philosophical fields, and there has been little I’ve done in my life that I’ve enjoyed more than writing my philosophy trilogy for Zero Books (the last part of which, Chaos Ethics, I’m working on now). Yet I do not really have a platform in philosophy, and neither am I likely to get one – and of course, irony of ironies, if I did have a platform in philosophy I’d be less likely to get to use it than I am my platform in games because games are a ‘fun’ topic and the news is more interested in this than intellectual graces.

Hence my platform blues… I have a platform to speak on a topic area that I know well and have things to say, but I cannot bring myself to apply myself to building up that platform because I would like a platform in philosophy so much more. The more I look at this, the more I realise that to get that platform I would have to switch to talking about politics (almost all philosophers who manage to get a platform do so), but my moral philosophy is anti-political in the sense that I see contemporary politics as a futile battleground of entrenched ideology that we must step back from if we are to fix it. This isn’t the sort of the thing that the media wants to hear – they want snappy, interesting, exciting stories, and any old nonsense will do.

I don’t want to make it sound like I’m depressed about this, because it’s no where near that bad, but there’s a sense of being trapped that I don’t like, and worse there’s a sense that if I was just focussed on my own self-interest I’d just continue to build my platform in games and forget the philosophy. But I must, as Joseph Campbell’s interpretation of Hindu philosophy advises, ‘follow my bliss’, and that would be to continue as a philosopher. I often say that “I’m a game designer by profession but a philosopher by vocation”, and that is as true now as it ever was. All I would like is some way to make peace with my inability to turn my philosophy into a platform, or to not feel bad about not utilizing the platform I have in games more.

Is this just me merely second-guessing myself? The most pathetic mid-life crisis imaginable? Well, all I know is this has been on my mind for the past few months, and it never quite goes away. Considering how much depression disabled me in my youth, I am overjoyed that I now have so much stronger mental health that I can let myself think about something like this without it being the start of a snowball of self-debilitation. Those days, I’m proud to report, are far behind me. We all have little things that tug at the loose threads in the tapestry of our lives, and I suppose this is mine. What’s more, when I look out into the world around me, I consider myself blessed that it is something this trivial that troubles me from within my own life.

You've basically created a new area of investigation for yourself and you still want to be recognised as a philosopher. I think it's fair to say that after all you've achieved it's still good that you are hungry.

Don't see it as being a sign of a failure, but see it as still having your drive that you still want that platform of being a philosopher. Kant didn't have a platform until he was in his middle age, largely due to economic reasons, but also it meant teaching other subjects gave him a wider systematic perspective.

So, a mid-life crisis? So long as you don't buy a sports car or a modded xbox 360 with blue lights and a jet fan, I don't think there's too much to worry about, Chris :)

In other words: There's still time to get a platform!

Michael: thanks for your support! Although I wonder if part of my problem is also worrying that it is difficult to get a platform *as a philosopher*, rather than it just being an issue of my acquiring this platform, if you see what I mean.

Anyway, I am not disheartened, only 'faintly troubled'. And as mentioned above, I have a keynote at a philosophy conference in a few months time, which is rather excellent! :)