Sam Kalman has a new Sen game coming together called Sentris - I've played a build, and I loved it! This is a music game with far wider interests than mere challenge. You can back it over on Kickstarter. 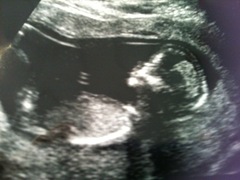 Apparently, there was an insufficient degree of carnage in my life, so we’ve arranged to escalate the nonsense by an order of magnitude. The level up will be complete around 21st April next year. Our most sincere wish is that this one is a good sleeper!

Over the past four weeks on ihobo, I’ve been asking some questions that push against contentious issues in games. These were all written with a dash of bluster to try and provoke discussion – in at least one case, I may have overcooked it. Here are the questions:

Hope you’ve enjoyed these rant-flavoured ponderings. I’ll be taking my usual break from blogging in November but there’ll be more nonsense at ihobo from December.

Is the Interface the Game?

Over on ihobo today, I ask whether Marshall McLuhan’s famous quote “the medium is the message” translates in the context of games to ‘the interface is the game’. You can read the entirety of Is the Interface the Game? over on ihobo.com.

Is Fiction Just a Wrapper for Games?

Over on ihobo today, I ask whether we can seriously understand games by treating the fiction as a mere wrapper to be thrown away:

A popular view of the role of fiction in games is that it is just wrapping paper, enticing the player to start playing before later being discarded as the 'real' game supersedes the mere trapping. This utterly misrepresents the experience of a great deal – perhaps even the vast majority – of players.

You can read all of Is Fiction Just a Wrapper for Games? over on ihobo.com.

As a thanks to everyone who helped me compile the material for my presentation on breadcrumbing and funnelling in games, here’s a link to the Prezi that resulted entitled Stories and Other Games, Part Four: Guiding. This is part of my module on Game Narrative at University of Bolton.

Is a Jigsaw Puzzle a Game?

Although we call them puzzles, is the play of a jigsaw best understood this way? Veli-Matti Karhulahti triumphantly declares in the title of his DiGRA 2013 paper “Puzzle is Not a Game!” Is he right?

You can read the entirety of Is a Jigsaw Puzzle a Game? over at ihobo.com.