Speaking or Otherwise at Sandbox in Edinburgh

Apologies to anyone waiting re: my speaking gig in Edinburgh – it's tomorrow but I can't make it in person because of the still-pending baby. I hope to be able to attend via Skype and say a few words about games and art, and am disappointed I can't be there. The event is called Sandbox, part of Fair at the Talbot Rice Gallery. 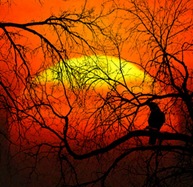 With my Paternity Leave officially begun (even though I still have work that needs to be finished…), I’m going to tie up the blogs for the time being other than cross-posting any announcements. As I do, I have to wonder: where are all my players? I know we’re all older, busier, more caught up in life, but you’re all still out there somewhere, and it would be great to hear from you every once in a while.

Or talk to me about where I should be talking, because I’m starting to wonder if I’m just in the wrong place right now…

My family is about to get bigger, and it’s traditional to give people presents to celebrate a birth. So get me something nice: write to me, talk to me, share your thoughts. I’ll be waiting for you.

Only a Game returns in May.

Just a quick note to say that I appear to have hurdled the final step of the bureaucracy required to complete my Doctorate… thus unlocking additional bureaucracy pertaining to storing my doctorate in the library system. It would be nice to feel some sense of achievement or triumph at becoming the first person to have a doctorate in the aesthetics of play but it is more akin to that frustrating boss that you finally take down hours after it ceased to be fun…

The Calm Before the Storm

With a new baby approaching at the end of this month, I am about to go on Paternity leave. I will tie up the blogs when my leave begins, for now I am working hard on finishing up the script to Shadows: Heretic Kingdoms, and arranging the first voice recordings (more on this soon!). Here’s a few snippets to keep you going:

Something to say to me? Comments and blog-letters are always welcome!

Shoes Are Not Shoes

Nicholas Lovell and I continue our debate about the future of games pricing in Shoes are not Shoes.

After Google Drive decided I could choose between having duplicates of all of my folders or deleting all of my files, I decided to defect. I plan to be free of Google for productivity software in three years, if I can.

My new choice for cloud storage is Copy.com, which starts with 15 GB (+5 GB if you sign up with a referral link). Two features I really like:

If you fancy trying Copy.com for yourself, here’s my referral link.