Letters with Allen Wood (3): Against War

In Part II: Allen Wood on Tolerance, Professor Allen W. Wood argued against my concept of ‘intolerant tolerance’. This final part explores the contemporary political situation in the United States, and asks what hope there might be for peace. 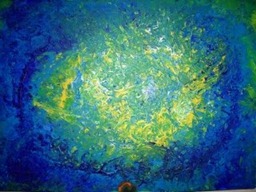 Chris: One clear difference between us is that, in resisting political injustice in the U.S., you are on a ‘war footing’ – and as I argue in this book, we need people to take such positions to defend against what is indefensible – especially in your nation at this perilous time. But as is well known, a warrior cannot make peace. I have my eye on a future peace, one perhaps beyond your horizons. We could not afford everyone to be on my path... evil must be resisted... but we cannot afford nobody to be on my path either.

Allen: ‘War’ is being used metaphorically here, I assume, and also hyperbolically. But let's be literal for a minute. When it comes to literal war, my position is not different from yours. And I want to be among those who are on the side of peace when it comes to literal wars. Of course I am not going to go out and murder Republicans (except in my fantasies). I want them defeated (decisively) in political terms. Unlike Obama, I do not want to compromise with them, or tolerate them, because I think their position on most issues, and their modes of political conduct (buying elections, gerrymandering, voter suppression) are intolerable – beyond what may justifiably be tolerated. So in that sense, I do not want to make peace with them. But we are talking here about politics, not violent slaughter. (The gun-carrying faction of their side wants to intimidate with weapons, but I do not.) To want to defeat someone politically, and not compromise (or that sense, make peace) with some people, is not wrong, if their views and actions are beyond what can be justifiably tolerated. But do not confuse this with war in the literal sense, or a refusal to behave peacefully, in the literal sense. I am, when it comes to literal violence, a pacifist. This dates from the Vietnam War, and even before it.

Chris: Just to clarify that I of course meant ‘war’ figuratively, politics-as-war, and I am in no doubt that you are a pacifist at heart. It is politics-as-war that I hope to find a way to move beyond... I am uncertain it is possible – perhaps, as Kant has it, it is “merely possible”. But such is my hope.

Allen: I dearly wish I lived in a country where the range of potent political options never exceeded the acceptable. I think it probably was this way for a long time in the US during the twentieth century. But it no longer is. The other side has claimed that we are now at a stage comparable to before the U.S. civil war. I think that is an exaggeration, but it is an exaggerated version of a truth, and what is more frightening, it is the way some of them definitely see it. Republicans will be the first to tell you that ‘peace’ (in your sense) is not possible. They are the ones who declare this not an option, and refuse to compromise or to accept the will of the majority, the interests of the majority, even the rights of the majority.

Chris: Indeed [the political options do exceed the acceptable in the contemporary US] – and its troubling that the situation seems to have become far worse in the last thirty years or so. I always think it disturbing that the citizens of the US were able to get outraged over Watergate, and now seem to take in their stride all manner of horrors perpetrated in their name...

Allen: I do not think that peace in your metaphorical sense is a realistic option when dealing with such a party. My honest conviction is that if the U.S. is to survive as a country worth living in, the Republican party in its present form must cease to exist as a potent political force. The party must either fundamentally change – go back to being something like what it was about mid-20th century – or it must lose its capacity seriously to affect our political life. But mid-century Republicanism (of Eisenhower, for instance) is as much an enemy of the present day Republican party as anything. At the time, Eisenhower was accused of being a communist by the direct ancestors of today's Republicans.

Chris: I do not believe ‘peace’ in my sense can be attained in the US by the current politicians – Democrat or Republican – it must begin elsewhere, at the grassroots, perhaps, anywhere but Capitol Hill where peace is perhaps already impossible under the current conditions of political practice. As I suggested before, it is not something I see attainable in the short term – but it must be something we see as at least possible in the future, certainly if the Kantian Realm of Ends is to remain “merely possible”.

Allen: There is no moral equivalence here. Democrats and Republicans are not equally to blame for the present metaphorical state of war. Indeed, regarding the point on which you are focusing (and without denying that there are many other things on which I’d be the first to criticize Democrats), I don’t think the Democrats are to blame at all for it.The mentality that now dominates the [Republican] party is one which for most of the 20th century (even as late as the Reagan era) was that of a tiny marginalized and fanatical minority that was out of touch with basic realities and believed whatever suited its ideology and its quest for power. ‘Peace’ (in your sense) with such a mentality is not possible on mutually acceptable terms, because the only terms acceptable to them would be their total domination and the total acceptance of their delusions, which would preclude dealing realistically with the world as it is, and preclude even recognizing the basic rights of the vast majority of society.

Chris: Something is required to restore politics to governance in the United States, but I do not think this is a problem solely for the Republicans. It disturbs me that Obama has felt it acceptable to pursue drone assassinations with fearful loss of live to innocents, or at the very least has been unwilling or unable to intercede against these attacks. Your nation has fallen far from its ideals – and this, we can agree, is a tragedy.

Allen: I criticize Obama too, for perpetuating the wartime policies of the previous administration. This is literal war, and it is not about the political conflicts within our system. On that subject, I fault Obama only for thinking naively that he can treat Republicans as if they were reasonable people and expect them to respond in kind. He began his presidency this way and learned the hard way the high cost of it. Even now, he has this tendency more than is desirable. Obama is himself a decent, reasonable man; this is not always optimal in a politician, though it is refreshingly rare among American presidents, which is why I have a hard time condemning him even where I disagree with his positions or actions.

Chris: It may be that Obama’s political hands are tied, but this only serves to emphasise the terrible problems in US politics at the moment. But I do not know if I can forgive him for letting the CIA rain death upon innocents... what can be done when the President cannot stop the institutions of his own nation from doing evil?

Allen: Regarding drones, deportations and other acts of the current administration that we on the left deplore, I think Obama is politically boxed in on these issues. Even as it is, Cheney and McCain accuse him of being "weak" in foreign affairs, and people still listen to that crap. The way the US is positioned in the world now, when you elect someone President you are essentially electing them to be Darth Vader (or whatever metaphor one wants). It’s not a question of forgiving or not forgiving a given individual. It is a question of what the world is going to do about an empire out of control that increasingly is being run by a party, which, even when it is supposedly out of power, is quite literally criminally insane. The insanity is even increased when the party is out of power, because then its members feel they are not responsible for what happens. They can force the government to do or not do certain things, or to continue policies and actions inherited from the previous Republican administration, and then the government (in this case, Obama) takes the blame. This dynamic explains a lot of what is going on in American politics right now.

The opening image is Red by Matthew James Anderson, which I found on his website Abstract Art Sydney. The artist suggests this painting “represents peace and innocence”. As ever, no copyright infringement is intended, and I will take the image down if asked.

Chris’ first book of moral philosophy, Chaos Ethics, is out now from Zero Books, while Allen Wood’s twelfth on the subject, The Free Development of Each: Studies on Freedom, Right, and Ethics in Classical German Philosophy is out now from Oxford University Press.