Back in residence, for what it's worth. Looks like I will only have time for two posts before I am once again away, this time travelling to the United States for the Winter Festival. The first one goes up on Tuesday next week and is about the film Interstellar, but I'm not sure what the other one will be yet... Watch this space! 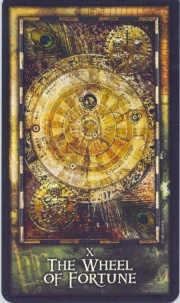 Dear players of the Game,

As with every year since the Game began, I shall be taking a break from blogs and social media for a minimum of twelve days in November for the Wheel of Fortune.

I had hoped to have another blog letter prepared before then, but time has run out. My motivation to write the blog letters is weak at the moment because of the low rate of response - basically, only Oscar has responded to anything I put into the Republic of Bloggers, although Jed and Joseph did chip in on their own (bless you guys!). I would still like to have these exchanges, and will certainly reply to any that are written to me, but my general feeling is that our attention has been shattered to the point that it is almost impossible for coherent written dialogue to occur now. Some view this as inevitable. I view this as quietly tragic. The internet cannot be a path to liberation while it is primarily an infinite source of distraction: it has merely imprisoned us in a more entertaining jail.

I would especially like to hear from anyone who has read Chaos Ethics, since at the time of writing I know of no-one who has read the book (who didn't read it prior to publication). There are at least a few hundred copies in circulation now - so at some point there will be someone who has read it. If this is you, I would love to hear from you! And of course, it could be you, if you read the book - or the ebook, which is on a special offer all November. Who will be the first reader to talk to me about the book? I don't know, but I greatly anticipate finding out.

In the meantime, enjoy the silence and I will be back for the run-up to the Winter Festival with more nonsense of one kind or another.

The Voices of the Heretic Kingdoms

Over on ihobo today, a piece expressing my joy and adoration for the incredible voice cast of Shadows: Heretic Kingdoms! Definitely worth checking out – but especially if you’re a fan of Doctor Who, Blake’s 7, or Dark Souls. You can read Voices of the Heretic Kingdoms over on ihobo.com now.

The publisher has a special promotion for the Chaos Ethics e-book this November - it's $0.99 on Amazon.com and 99p on Amazon.co.uk. If you haven't picked up my latest book, now's a good time to do it!