Worldview Denial
Why the Wikipedia Knows Nothing

Knowledge as a Practice 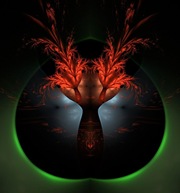 What does it mean to suggest that all knowledge is a practice?

Despite knowledge usually being understood either as the recall of facts, or as the application of skills, I have cast doubt on this by suggesting that every fact was produced by a practical skill, or a cluster of such skills. This reduces factual knowledge to mere repetition, and suggests that all knowledge can be understood as a practice. This also means that my case that the Wikipedia knows nothing is even stronger than first suggested: not only are there questions about justifying any claim that was taken solely from a wiki, but any mere database can only collect facts and cannot adequately provide skills; no encyclopaedia is a source of knowledge since facts are not in themselves knowledge. (That said, Wikipedia editors do possess knowledge: the practices of the Wikipedia itself).

This way of understanding knowledge completely replaces the scheme of thought that originated with Plato, namely justified true belief. This principle is a means of explaining why a fact constitutes knowledge: my counterpoint is that facts are a residue of the knowledge that produces them, and are not in themselves knowledge. A proposition that can be said to constitute a fact attains that status via justified true belief – Plato’s scheme is not incorrect, it is just misleading. It suggests knowledge is a question of the validity of beliefs. The important point is not ‘true belief’, but justification: knowledge is that which can provide a justification.

The clearest cases can be found in considering the sciences. If you know that E=mc2, you do not have knowledge unless you possess at least one of the practices that relate to this formula. For instance, I have some basic knowledge of Einstein’s mass-energy equivalence because I can derive the formula from a simple thought experiment using Newton’s equations of motion. I have some mathematical knowledge about this subject. However, the equation itself was just an idea until its meaning was experimentally verified.

In 1932, John Cockcroft and Ernest Walton bombarded lithium with protons and produced data that is widely taken to prove mass-energy equivalence. Curiously, however, they were not testing this: they were merely testing the hypothesis that the lithium atoms would disintegrate into two alpha particles when struck with protons. Here is an odd case: the evidence produced as proof for special relativity’s most famous formula came from a special practice, that of the design of a voltage multiplier to use with a discharge tube, intended for another purpose entirely. Who has knowledge in such a case?

What this example illuminates is that when we conceive of knowledge as a practice, that knowledge is rarely if ever the result of individual capabilities. Knowledge is sustained by networks of practices, chains of reliable witnesses (especially in the sciences) or lineages of techniques (especially in the arts) that distribute what we can be said to know between all those whose practices contribute to that knowledge. Frequently, we cannot even adequately elucidate everyone thus entailed: if we look at a contemporary painting influenced by impressionism, we may be able to name impressionist painters, but what of the practices that made the oil paints, the canvases, the paint brushes?

Knowledge is not just a practice, it is created and sustained by networks of practice that cut across history. Facts are merely the residue of these networks, and remembering them is not having access to the knowledge behind them. And yet, the act of remembering is in itself a kind of practice – especially in subjects such as history, where the facts are connected by causal relations and influences that must be carefully distinguished. Perhaps, then, the facts can still constitute knowledge – provided there is a practice involved in their relation. But we should give up the idea that to know is to repeat propositions that are both true and justified as being so: isolated claims mean nothing. To possess knowledge, we must engage in practices – our own, and those of others too numerous to count.

With thanks to Jeroen D. Stout for the discussions that stimulated this enquiry.

The opening image is Tree of Knowledge by eReSaw, which I found here, on their Deviant Art site. As ever, no copyright infringement is intended and I will take the image down if asked.

Hi Chris. Thanks for this thought-provoking series. Do you have any thoughts on the distinction between private knowledge - by which I mean the exercising of practical skills (e.g. Cockroft and Walton's skill in getting their apparatus to produce certain types of scintillation - which is what could actually be seen) - and the public knowledge (if that's what it is) of scientific theory, which attributes the seeing or not seeing of scintillations under different conditions to evidence of "lithium nuclei splitting" or "conversion of mass to energy"?
The first is very personal, for even if they receive instruction, each individual has to develop their own practice which is not quite like anyone else's. The second case, however, is a matter of people thinking the same (standardised) way which once taken up will be the impetus for each individual to try certain things in their particular personal circumstances that they might not have tried otherwise.
p

Hi petermx,
Thanks for returning to conclude our discussions on this short serial! I had been exploring these ideas for a while now, but finally decided I'd have a go at writing them down - even though I might not have worked out all the details in this approach! But one of the great things about blogs is that you can throw ideas out into the world and get help from others to 'kick the tyres'. :)

Private Knowledge: "The first is very personal, for even if they receive instruction, each individual has to develop their own practice which is not quite like anyone else's."

I agree with your characterisation: the actual practices of knowledge are never standardized, even in cases where it might seem they would be. The mathematical practices of people, for instance, vary considerably - despite the fact that the actual mathematical methods are logically static and unchanging. Characteristic of knowledge as a practice seems to be that what is common is only what can be produced or achieved - the how (and how we think about the how) are radically different in all cases. This, for me, points to a significant flaw in the subjective-objective split we have inherited from Kant.

But public knowledge of scientific theory is, for the most part, merely factual knowledge - it is just repeating, as I suggest in part II. Although actually, it is frequently *less* than this, as I will endeavour to explain with a specific example.

As I discuss in "The Mythology of Evolution", it is not that evolutionary theories are incorrect that creates the variations in the mythos that attach to it. It is rather that in order to propagate the theories, a metaphor (a mythos) is created that purports to explain the theory's meaning, but that always exceeds the claims of the original theories. So to 'know' the scientific theories comes to mean to imagine a mythic story that purports to characterise the private knowledge. Inevitably, the creation of the mythos imports certain assumptions - and then those who hear the mythos export other assumptions. No aspect of this should properly be considered knowledge! Someone who 'knows' that "genes are selfish" imagines a mythos that mostly misleads them. The gene-centric view it attempts to characterise is a very different kind of knowledge to the mythos that attaches to it.

Similarly, someone who 'knows' that "mass bends space-time" imagines a mythos that Einstein attached to the formulas of general relativity. Whitehead was unconvinced by this interpretation - and in fact reworked Einstein's equations to show that it was perfectly possible to produce Euclidean geometry from the same postulates. (Whitehead never lost sight of the fact that we have no a priori reasons to accept one geometry over another).

So my suggestion is that 'public knowledge' of science is mythology of science. There may well be a knowledge-practice in learning, repeating, and interpreting such mythology. But it is more akin to theology than mathematics. I might, however, make an exception for those cases where all we are dealing with is repetition of the claims of spokepeople about their reliable witnesses (i.e. the lithium ions): this is factual knowledge, which is just repeating... although with enough such factual knowledge, we begin to contextualise these reports into another kind of knowledge (parallel to that of historians, discussed above), a set of relations between facts that allows us to reason about the sciences and their likely present and future findings. However, this knowledge is not 'public' in any significant sense: it has the same variation in personal content as 'private knowledge', for indeed it is private. It is also informed and affected by the mythology of science - but this, I suppose, does not discount it as knowledge.

These are my raw thoughts on the matter. Alas, I have no time to examine them further, but I welcome your feedback on this.

Thanks again for your comments! There would be no point to my blogging were it not for people such as you who are willing to discuss it with me.

I agree with you that what I called "public knowledge" isn't really knowledge at all. Still, we do have the problem that, in the vernacular, that is what many people mean when they speak of "knowledge".
I like your distinction between theory and mythos as it seems to separate cases where individual are shown ways of developing their own personal knowledge through applying what they have in new contexts (theory) and cases where they are channelled into standardised habits of speaking and, ultimately, thinking that need not necessarily bear any relation to their own personal knowledge at all.
I'm very aware that the way I'm talking about this here is not too clear. I'll work a post about it on my own blog. It's about time I put something new up there anyway.

Hi petermx,
I happily concede that there is an issue here in that conventional usage of 'knowledge' as a term runs against the epistemology I'm proposing. But no philosopher - even the ordinary language philosophers, who eschew technical terms - ever baulked at identifying problems with the way specific concepts were being used. :)

I think this particular issue is resolved (if not solved) by recognising that we already use the phrase 'trivia' to mark knowledge-without understanding. I think, at the level of everyday language, it would not be so hard to get this across.

I would love for you to write something about this on your blog, which was recently added to both my NewsBlur feeds and the "Other Curiosities" list here on this blog. Of course, that's a very long list I have here, but nonetheless 'links is links'. ;)