Hermit Stage Complete!
Mario Kart and the Cult of Originality 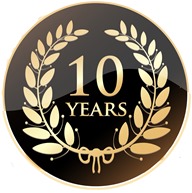 One month from today is the tin anniversary of Only a Game, at which point I will have been blogging for ten years. To mark this momentous insignificance I have prepared an overly elaborate serial that celebrates the twin themes of my blogs, philosophy and games.

Five years ago, I did a double serial on Kendall Walton’s make-believe theory, discussing his work at Only a Game in the Mimesis as Make-Believe serial, while in parallel at ihobo I ran Game Design as Make-Believe. This was to lead to my first book of philosophy, Imaginary Games, and thus to my developing philosophy as a part of my career and not just an intellectual hobby.

For the ten year anniversary, I revisit this format with a new double serial. At Only a Game will be the Foucault’s Archaeology serial, providing an introduction to the work of the philosopher-historian Michel Foucault focussing on his method of analysis, while in parallel at ihobo will be the Player Practices serial, which shows how Foucault’s work on discourse also applies to the play of games. The new serial ties together ten years of my blogs, combining elements of philosophy of language, philosophy of science, game design, and game philosophy, as well as including links to my pieces on Caillois’ patterns of play from my second year of blogging, while providing a very different way of looking at Caillois’ work.

Intriguing, accessible, and at times polemic, the double serial is a fitting memorial to the game I’ve been playing in the shadowy corners of the internet. I hope you will join me for the ride, and as always I welcome comments and discussion.

The double serial begins next week.

I hope that you see many more years of playing, blogging and post-human existence in a vat of liquid