Imaginary Games on the Zero Books Podcast
Think for Yourself? 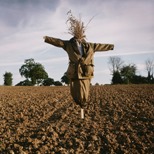 The most frequent ad hoc rebuttal levelled against me, both on my blogs and in blind peer review, is that the argument that I have advanced is a ‘straw man’. What the respondent means is that I am not arguing against actual people, but that I have created a more generalised, abstracted opponent. This is certainly the case! I do this often as part of my arguments. But this is not a straw man argument.

A straw man argument is when you respond to someone’s claims by making an assertion that dodges their argument entirely by substituting a different argument. Now this cannot be the case when you are abstracting a general argument (as I frequently do) because – quite clearly! – if I am arguing against a generalised position, I am not arguing against a specific opponent. You are certainly entitled when I make such abstract arguments to insist I identify examples of that generalised position, and I can pretty much always do this. But complaining that I’ve made a straw man argument just isn’t going to work, in part because that’s not what I’ve done.

This year, I have argued in numerous places against the kind of digital exceptionalism that treats ‘videogames’ (whatever they might be) as a medium that cannot be dealt with by methods suitable for other media. The nature of my objection is that ‘videogame’ isn’t a category that is going to hang together upon close inspection, and that therefore arguing for new methods for studying ‘videogames’ is a problematic line of attack. Numerous academics take this stance – Jesper Juul has done so very cleverly and eloquently in various places, and others like Graeme Kirkpatrick who align with him make even stronger assertions of the same kind. Kirkpatrick’s brilliant book Aesthetic Theory and the Video Game, for instance, states: “The book sides with ludology in asserting the novelty of the video game as an object of study and the importance of this newness to understanding its distinctive place within contemporary culture.” That’s what I call digital exceptionalism right there.

I've run into this a lot recently too. People seem to think "straw man" is some kind of unanswerable general-purpose rebuttal.

I wonder how this perception spread? I presume we can blame the internet... ;)