Knowing That We Know
Forty Hours

The Petty Evil of Timetabling 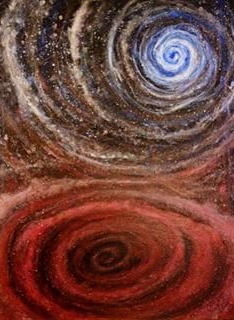 We live at a time when there is not, despite how it may occasionally seem, a common moral paradigm we can draw against. Rather, as I discuss at length in Chaos Ethics, there are many different ethical methods colliding with each other. Some, facing the cacophony, feel a powerful need to justify one moral system as necessarily superior to others – but this, I’m afraid, is largely a waste of effort. What is needed is not ‘one ethic to rule them all’, but a sensitivity to the moral tensions that emerge from the unavoidable conflicts between different approaches.

I’d like to give an example from my life that illustrates this point. Every year since I began teaching, the timetabling has been horrific. In previous years, it has been horrific because resolving my restrictions (on account of being a parent) with the available teaching spaces and the logistics of the student intake has required tremendous time and effort – and considerable loss of hair! The person responsible for timetabling for the last two years quit his job rather than face it again. This year, someone new took over timetabling, and opted to ‘black box’ the process, meeting only with the line manager involved and not with the staff. I suspect this was a successful strategy for most staff, who are used to receiving the timetable as a circumstance delivered to them. For me, it was hell.

The problem stems from a mismatch of expectations. In my lived practice as a teacher, participating in timetabling was what I had learned, and what I expected. Doing so also allowed me some influence over how my teaching would proceed, which at an emotional level I need for my own sanity. (This is something I have in common with those marvelous folks on the autistic spectrum). Quite understandably, I proceeded with timetabling on the basis that I always had, without really taking on board the consequences of the change of circumstances, since pragmatically that change was invisible to me until it was too late.

The two people who were handling timetabling established new prudential values for the timetable process that were (when I eventually discovered them) perfectly sensible. Their decision to pursue these values was in itself a moral decision: it was the ethical choice to value outcomes over alternative moral approaches, such as virtues. But their pursuit of these values unleashed terrible stresses into my life, because I simply could not understand why my requests (motivated in part by my personal teaching values) were being ignored, when I could see that it was perfectly possible to implement the arrangements I was requesting.

Inevitably, it all came to a dramatic head and, with a little fury, and quite a bit of crying, I eventually came to understand the power relations that had been established and the reasons for their coming into existence. I could completely appreciate the prudential values that had been chosen, once they were made clear to me, and although I did not really agree that the outcome we were getting was better than my circumstances in previous years, I could at least make sense of the upsetting events of the previous few weeks once this perspective was revealed to me. It comes with considerable costs… I had to abandon my conceptual image for one of my classes – a very successful class – and I will have to develop a new image for it that, at the moment, is hard to see as better. But I have no doubt that I will do this.

In my particular case, I was lucky because the line manager involved was sufficiently sensitive to the situation to resolve it through ‘soft power’ rather than through playing the King. But we can see in this example a classic case of how contemporary bureaucracy becomes the enemy of the good through petty evil. Everyone involved in the timetabling process that affected me had laudable ethical values that motivated their actions – yet the tensions that were unleashed could not easily have been avoided, because there was no reason for anyone to suspect that the chosen approach could cause such unintended emotional damage. Furthermore, while some degree of consultation might have resolved my issue, it would have made the practical progression of this particular bureaucratic task untenable.

This is an example of the kind of problems we are all facing in our bureaucratically-arranged organisations at this time in history. At root is the conflict between our outcome-focussed ethics, all of which revolve around prudential values, and agent-focussed ethics, such as virtues, that are embedded in individuals and communities. We have somehow learned that we should let prudential considerations trump all others (an ethical approach that is usually termed Consequentialism), and many hold moral values that inform them this is what they should do, not just what happens. Personally, however, I cannot accept this situation as anything other than a colossal moral error.

The problem with using solely outcome-focussed ethics to judge situations is that we do not ever know all the outcomes when we make decisions, an objection originally raised by Nietzsche. We imagine what the outcomes will be, and these imagined consequences come to be what govern our decision process. If we choose imagined futures over the lived moral practices of the people around us, we will act in ways that are guaranteed to generate moral and emotional tensions. It will cause what I have called petty evil, the damage wrought by large organisations in their inability to understand the deleterious effects they cause through disempowering those affected by their centralised decision making.

Saying that solving this problem in the worlds we live in will not be easy is an understatement. The ideals that got us through the Enlightenment – of freedom, and what we have chosen to call democracy – are no longer capable of bearing the load placed upon them, in part because the prudential values of the marketplace (primarily that of efficiently generating money) supplant deeper moral practices, such as virtue, in ways that are impossible to oppose as long as ‘choice’ is seen as paradigmatic of freedom, rather than a shallow substitution for authentic autonomy. We need to see these problems with better eyes, but it is unclear that we have the will to do so.

The opening image is Galaxies Collide by Robert McNiel, which I found here on his Instagram page. As ever, no copyright infringement is intended and I will take the image down if asked.

An informed, serious-minded, and thought-provoking essay, as always.

I think I would say that while I agree with your diagnosis, I'm not sure there's a good prescription for a cure.

The distinction you draw between centralized bureaucracies on the one hand, and individuals and communities on the other, and which of these is most effective at improving the human condition (and why), is precisely what Hayek exposed in The Road to Serfdom. Even if we assume that every one of the experts has the noblest of intentions, there are limits to understanding in a vast society. The temptation to let the experts take care of all a society's supposed needs should be resisted because they're less competent at it than people themselves: 1) no expert can know or understand all the things that matter to individuals and communities; and 2) no distant bureaucrat will ever be as invested in efficiently resolving the problems and opportunities of individual persons as those persons themselves. The fact that some things are appropriate to centralize (e.g., national security) is not a valid argument that everything should be centralized. Central "solutions" to local concerns are, at best, infuriatingly inefficient and wasteful.

And that's the best-case scenario when we assume perfect virtue in every human expert to whom power has been ceded. But power corrupts.

It's exactly when a culture ignores this truth, voluntarily granting "let someone else take care of me" power to a structurally incompetent centralized authority, that we see the pathological growth of petty evils. This explanation feels more accurate to me than casting bureaucracy as a conflict between centralized prudential outcomes and localized moral virtues, especially when prudence itself has long been considered the greatest virtue and one that needs to start with individuals and communities.

Having timetables and other diktats imposed on you from on high is thus a symptom of the disease of creeping centralization. I believe we're generally in agreement there.

Unfortunately, I don't think there's an easy or pleasant prescription for a society that has largely chosen to tolerate this kind of cheerfully brutal inefficiency. I definitely don't think it's cured by attempting to impose a properly functioning marketplace (whose virtue is not in generating money but in maximizing overall value, which is a vital distinction). Functioning markets are following effects, not causal; they emerge in societies whose culture and law encourage and enforce honest exchanges of value. Adding an efficient marketplace to a culture that is broken by excessive centralization (which I might say is what China is attempting) just breaks the marketplace by infecting it with the belief that scales somehow work better with an expert's thumb stuck on one side. Only a reformation of the culture itself into one that expects and supports local problem-solving when appropriate minimizes the petty evils of bureaucracy. (Such a culture has other problems -- no human system is perfect -- but at least those problems are localized.)

That kind of reformation doesn't come without great, civilization-wracking pain. Assuming the West even wants any longer to survive, I'm afraid our near-term descendants are in for hard times.

And here you thought having timetables imposed on you was bad. :)﻿

This is an incredible comment on this reflection, Bart, thank you so much for writing it! This expands and reinforces many of my points - and clarifies a few places where in my haste I have been imprecise.

I think we agree that it is difficult to resist this push, and that it requires substantial change. I find it difficult to give up, though. I feel that if the problem can be expressed in a concise and comprehensible way, it could be something we could move on - since everyone is losing out with the current arrangements.

I will continue to ponder...

Many thanks for sharing your perspective here. Much to think about.