The Game of Art

This is a reply to Jeroen’s letter about giving up the A-word, published on Monday this week, as part of the Republic of Bloggers. 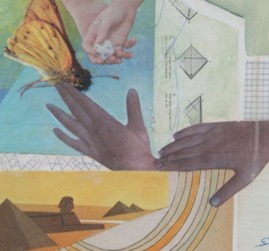 To give up the word ‘art’ is not, it is clear, to give up any of the benefits of enjoying artworks. So why defend a notion of ‘art’ at all?

Let me begin by thanking you profusely for your missive, which has helped to shake me out of recent doldrums regarding blogging. This alone almost makes Twitter, where most of our exchanges occur, seem a more justified element of my existence. Your game has great interest for me but is not quite a new one. Indeed, I must begin by quoting Jacques Rancière, who states: “The discontent with aesthetics is as old as aesthetics itself.” This will require further elaboration, about which more anon, for having cited this I must dovetail your game with a more earnest version of the same that was published in New Literary History four years ago.

In “Doing Without Art”, literary scholar Steven Connor begins with the aforementioned quotation, before launching into a diatribe that I would describe as a far less playful predecessor to your game. He too compares the use of the concept of ‘art’ to magic (specifically, to magical thinking) and insists that not only could we do without it that really we ought to do so. Playing your game is one thing, expecting it to have a force upon others is another – and not coincidentally, I think, this is precisely what aesthetic judgement does to us, as Kant brilliantly deduced when he inadvertently kicked off what Rancière would term ‘the aesthetic regime of art’. The connection between magic and moral (or moral-like) imperatives is a dead give away that you and Connor are both positivists, and thus propelled by different winds to those that fill my own sails.

Those whose faith in the sciences is stronger than mine generally feel morally impelled to give up magic and magical thinking. What can sometimes be overlooked in this regard is the ways that all language is magical in its sheer metaphorical dependence, a point brilliantly brought home by philosopher of mathematics Stephen Yablo, whom I draw from often and especially in Imaginary Games. So if one is compelled to give up ‘art’ because of its untestable, anti-positivistic nonsense, one ought to be prepared for just how much must be thrown from the stricken balloon. Farewell nations and cities, for a start, you are merely an abstraction with no firm grounding. So long personal identity – surely just a narrative device, as Daniel Dennett has deftly argued (like a dozen religions before him!). Oh, and goodbye Science too – that most magical of words, the thing that unites an impossibly diverse collection of research practices into a coherent whole. It must go. But what positivist can make this final cut without a twinge of regret...?

This parallel between Art and Science is not coincidental, and also takes us back to Kant, whose philosophical analyses undergird an incomprehensibly wide array of contemporary ideas. In both cases, we are tying together a panoply of practices within a guiding principle of unity – and in both cases, what that principle might be is not actually that clear, frequently borders upon the circular, and yes, is often rather magical. Reading Foucault and appreciating his methods for tracing the histories of practices (as I wrote about earlier this year in Foucault’s Archaeology) has given me stronger appreciation for what I had only sensed before, and Foucault is also Rancière’s guide when it comes to the question of art. I mentioned above Rancière’s observation that discontentment with the concept of ‘art’ is as old as aesthetics. He quotes the following:

It is time we got completely rid of that expression which, ever since Kant, is ever and always to be read in the writings of amateurs of philosophy, even though its absurdity has often been recognized.... Aesthetics has become a veritable qualitas occulta – hidden behind this incomprehensible word there are many nonsensical assertions and vicious circles in arguments that should have been exposed long ago.

This reads just like Steven Connor’s argument that I compared to your game, yet this prose was written around 1810 by August Wilhelm von Schlegel, a century earlier. The problem, of course, is that the practices within which ‘art’ or ‘aesthetics’ take their meaning are fluid precisely because they deal with human experiences that are neither entirely private nor truly open to rigorous dissection. If we want to get a handle upon this problem, we need to trace matters differently, using methods like Foucault’s archaeology.

In this vein, Rancière identifies three regimes that have defined our understanding of artworks throughout Western history. Firstly, the ethical regime of images, which I shall skip over for brevity, then the representative regime of arts – which links up with your comment about the Elizabethan arts – and finally the aforementioned aesthetic regime of art that Kant initiates with his marvelous Critique of Judgement. I cannot do this conception justice here, but the important point is that in moving from a list of representative arts to the question of aesthetic experiences, Kant starts a very new game – the one in which ‘art’ is the key term, and the one to which your counter-game reacts.

Rancière says it more concisely than I can: “Indeed, ‘art’ is not the common concept that uniﬁes the different arts. It is the apparatus that renders them visible.” This is the very purpose of playing the game of ‘art’ – and indeed, as my own research has revealed, the parallel game of defending a conception of ‘game’. In both cases, aesthetic values are revealed by the ways that people include (and thus valorise) certain things in their category, and exclude (and thus slight or denigrate) other things.

These games are among the most wonderful that we humans play, and even though I have forsworn the question of ‘what is a game?’ in order to better understand games I feel the need to play the game of ‘art’ in order to secure – to a greater degree than I have already attempted – the lauded status of ‘art’ for certain games. This game is as engaging for me as yours is to you, although perhaps the stakes are slightly higher. The future directions of an entire cluster of media might be open to influence through our participation, and to fail to act seems to tacitly endorse the endless pornification of play that currently dominates. I don't know... maybe I am just under art’s spell, but for me the fact that ‘art’ is magic is precisely its appeal.

The opening image is a detail from Seven Wonders Puzzle by Brandi Strickland, which I found here on her website, brandistrickland.com. As ever, no copyright infringement is intended and I will take the image down if asked.

Jeroen replied with Discourses: Reflecting on the A-word with Chris Bateman. Other replies and comments always welcome.