How Many Real Worlds Are There? 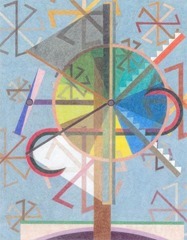 A premise of modern thought is that there is only one real world. Against this are various forms of relativism that would claim that there are no worlds that could justifiably be called real. But there is a third option between the two: there could be many real worlds.

I need to be clear that these many real worlds are not the ones that physicists call a multiverse, having borrowed the term from novelist Michael Moorcock. In the physicist’s multiverse there is one real world and many possible worlds. What I’m talking about here is what William James called a multiverse, half a century before Moorcock: that rather than a universe, our existence is better understood as comprised of many real worlds.

Immediately we hit an impasse, because our very notion of ‘real’ gives us reasons to expect one and only one real world. We are, to use Wittgenstein’s phrase, held captive by a picture. In particular, if what we think of as ‘the real world’ is a gigantic, universe-sized box full of vacuum and atoms, it can be hard to see how there could be more than one real world. But even if there were only one real world, it could not possibly be like this image of space and matter; the physicists of the early twentieth century showed that extension was not absolute, but relative, and that existence was about which possibilities occur. Relativity and quantum mechanics call for a new understanding of the physical universe, since our current model descends from the era of Newton and begins to seem implausible. We must look again at what we mean by ‘real’.

Consider, as a stepping point, what happens if we replace the idea of a box of matter as the basis for what exists with the idea of a set of events and their relations. This is a concept that comes from Alfred North Whitehead’s wrestling with the philosophical consequences of early twentieth century physics. What immediately comes into play is a capacity to distinguish relationships between specific events from relationships that will apply to all events of a particular kind. To say what happens when we burn wood (the general claim) is different from talking about a particular tree that burns after a lightning strike (a specific claim). Our sense here is still of regularities: the general claims constrain the specific claims; the relationships between events behave in an orderly fashion. We can see immediately that we do not need the box of matter idea to conduct empirical research. The web of events can serve the same role.

Now imagine a confrontation between two alien races who have different images for existence along these lines. The Boxers look at the universe as a vast container of atoms, while the Eventers see it as a network of events. Both species find that their equivalent to scientists can, all other matters being equal, make accurate predictions wherever their theoretical models are strong – yet the actual models might be quite different in their concepts and terms. We would still expect that, where a mathematical model could be produced, that the numbers would come out the same for both species, but the kind of things either is thinking about would still be radically different.

However, what is the objective world to the Eventers? The superset of all events is not a single object like the universe-box, because each event is in itself a cluster of events, as encountered by anything else according to its own unique conditions for its existence. There are, in fact, many different ways of understanding the sets of events, and hence many true configurations of events. Indeed, it is possible to ‘stitch together’ a completely consistent tapestry of events that includes all the space and time within the Boxer’s universe and still have a vast reserve of consistent event-sets ‘left over’. Eventers are not so likely to talk about ‘an objective world’ at all: they are far more likely to recognise that there are ‘objective worlds’ for every conceivable kind of entity.

This shows just one way of understanding the idea of multiple real worlds. The key point is that what makes one singular real world seem plausible is the image of a box to be filled in; of knowledge as a jigsaw to be completed, piece by piece. The image of a network of events instead suggests different possible ‘stitches’ between sets of events, and patterns between events that depend upon the particular focus in each case. The view attributed here to the Boxers is how we talk about the work of the sciences, but the view attributed to the Eventers better describes what scientists actually do. This is a point made, in different ways, by Whitehead, Bruno Latour, and Isabelle Stengers, and its implications take some pondering.

What the Boxer-view gives us is a reason for faith in the processes of the sciences being capable of rendering reliable witnesses out of the different entities we encounter, to use a turn of phrase Latour suggests for what scientific researchers do (i.e. allow inanimate objects to ‘bear witness’). It reflects the truth of the idea that what happened could be definitively settled once it has occurred. There is a way to put everything together coherently – but we always have to bear in mind that we don’t ever actually have a grasp of this coherent totality, and could never know we had even if we did!

What the Eventer-view gives us is a better understanding of why scientists are able to produce reliable witnesses – it brings into focus the tremendous work of not only establishing what to examine, but devising methods of translating the observed events such that they can secure this reliability in the eyes of anyone who cares to join the investigation. As Stengers notes, when we talk about what is ‘objective’, we are referring to the questions that can be answered reliably by a certain experimental apparatus, which then open up new questions. Understood this way, there is no need to invoke an ‘objective world’ to explain the work of the sciences.

However, the Eventer-view also hints that scientists might not possess the only skills capable of producing reliable witnesses. In many cases – electrons, distant galaxies, DNA – scientists and their tools have the best chances of producing an adequate translation. But when it comes to, say, living in the Amazon rainforest, methods of observation must share the stage with the practices of living, which can bear upon a real world without that world having to be that of the Boxer-view – nor necessarily contradicting the state of perfect knowledge that image implies. Even a monkey who lives in the rainforest knows more of the relationships between its events than can reasonably be dismissed as ‘not real’, even though their knowledge in that regard might be limited.

The picture that holds us captive becomes visible when we imagine what is real and comprehend it as a single consistent arrangement of matter, and a single consistent set of propositions that accord with it. But relativity and quantum mechanics don’t suggest this kind of configuration for the physical elements of existence, and perhaps more importantly our intense focus on real distract us from the fact that this singular real world is imagined. It is precisely because it is imagined that a plurality of worlds need not contradict the inviolability of events: once we see that worlds are situated in their conditions, and cannot easily be totalised (and certainly not by imagining matter as a basis for doing so), it makes less sense to be talking about a singular world as the locus of the real. The real always exceeds us, no matter who or what we are, a point made in a rather different fashion by Alain Badiou.

If there was only one real world, we would have to conclude that no-one could know it, although they might be inspired by the possibility of something eventually knowing it. If there was no real world, even the possibility of knowing would be extinguished. But from a perspective grounded upon events or processes, everyone (everything!) can know something of the real without anyone ever possessing the whole of it. This is why we will find multiple real worlds if we look closely at what actually happens rather than focussing on the question of how all witnesses can be made to tally with a hypothetical ideal universe of knowledge. Of course, from any one single perspective, it can still be tricky to ascertain which aspects of your world are real and which are otherwise without seeking reliable witnesses, of any kind. But this ambiguity doesn’t detract from the reality of each world, nor should it. There is no universe, and never was. The fact of our living together in our different worlds should have made it clear that it was always a multiverse.

The opening image is Build Better Human Beings by Elijah Burgher, which I found at rivercrossings.org. As ever, no copyright infringement is implied and I will take the image down if asked.