The Seduction of Facts
Running Behind

Confessions of an H-List Celebrity 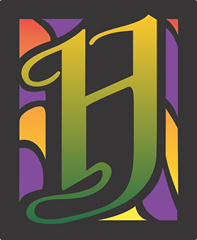 On my better days, I like to flatter myself with my celebrity status. But at the same time, I’m acutely aware that I have about the lowest grade of celebrity that could be imagined. A good friend and I used to joke that we didn’t want to be rich and famous, we just wanted to be well-off and well-known. In many respects, I feel I have achieved this, although I am quite certain that my family and friends, and the communities around me, are more important than either money or recognition, both of which distort our understanding of what truly matters.

For some time now, I’ve assessed fame with a quantitative measure known as the Lupe, after Lupe Vélez – the silent film star who rather unfortunately is now most famous for having drowned in a toilet. The fame of any person is calculated by estimating the number of people who recognise them as a celebrity, and then taking its base ten logarithm (i.e. counting the number of zeros in the resulting number). So, for instance, if someone was known by everyone on the planet, their fame would be 9.8 Lupes (log 10 of 7 billion). A-list celebrities are known by more than a billion people and thus have fame scores of 9 Lupes or more. Then I rank the other lists at 1 Lupe apart. B-listers known by hundreds of millions of people, C-listers by tens of millions, D’s at a million, E’s at a hundred thousand, F’s at ten thousand, G’s at a thousand. Then come the H’s at a hundred.

Somewhere between five hundred and a hundred is my best estimate of the number of people who think of me as a celebrity, so I have a fame score of about 2.5. This is about as low as you can go and still defend a tenuous claim to celebrity. Of course, I’ve worked on million selling games – but no-one thinks of me as a celebrity for these, or even thinks about my involvement with them at all, so they don’t contribute to my score. My celebrity status, such as it is – clinging to the lowest rung of the ladder of fame – is based entirely upon fans of Discworld Noir and Ghost Master, both of which were critical successes and commercial failures, my how-to books like Game Writing, and my work in game studies and philosophy. While I have built a great rep as a speaker over the years, there’s really very little I can do at this point to raise my fame score. This is about as famous as I’m likely to get.

The trouble with thinking, even for a second, that one is a celebrity is that it goes to your head. And the more pathetic your claim to fame, the more ridiculous this pomposity is, for celebrities are wildly unimportant people except for their celebrity, and so when you think of yourself this way it becomes vital to be celebrated. So you come to depend upon things like national radio spots and keynote addresses to justify your self-worth because you become deluded into thinking that your value lies in your celebrity and not in your personality, which is an insanity so prevalent it could even be called normal.

Keynotes are my Achilles heel. I’ve been getting gigs like this for over a decade now – but with such a miniscule fanbase, there are only so many opportunities. Each event is only going to invite you to keynote once, since that’s the way this concept works, so you’re dealing with a certain degree of diminishing returns. But when you have a year where you get two keynotes, getting none the following year makes you feel washed up – even though you can hardly be ‘washed up’ when your notoriety consists of hanging precariously at the bottom of the ladder of fame. You end up in a psychological oubliette – you can’t get by without the reassuring strokes that remind you that you did some things that people once thought were worthwhile.

Fame, it has been said, is a trap. To be really famous – to be at least halfway up the ladder – is to give up your privacy in return for both money and recognition, and at a certain point your privacy is permanently compromised and can never be restored to you. Later, as interest in you wanes, you trade some of the respect that people have for you into money by endorsing commercial products, a kind of contemporary Faustian bargain that diminishes one’s soul through mortgaging your self-respect to make ends meet. No-one who had understood fame could truly want to have it, although certainly there are those who crave the power that comes with fame. Politics in the United States has become infested with such people, and they can never be good politicians because they cannot possibly relate to their electorate as equals.

Every now and then a guilty reverie whisks me away and I imagine that perhaps my work in philosophy will be famous after my death – after all, what philosopher achieved fame in their own lifetime? But I know this is not the way of things today, and that anyway, the work I am doing is of the wrong kind to have a long-term impact. Let’s be frank: no-one would sanely pursue philosophy for fame, it would be a colossal non-starter. And anyway, the reason I practice philosophy isn’t to gain celebrity – that would be counter-productive. I just do it because it’s what I feel compelled to do; it’s a rare use of my talents that doesn’t feel wasted.

So here I am, an H-list celebrity, grateful that I did not achieve any serious measure of fame – since it would have driven me even more insane than I already am – but still pathetically longing for the recognition of my skills and achievements in an endless ongoing cavalcade of vanity. I can laugh about it. But it still sets off my depression from time to time, which is silly, really, because if I had never possessed any degree of celebrity there would have been nothing to miss; no reason to question inadequacies arising solely from a perception of status that philosophically can only be undeserved.

But let me let you in on a secret… I like it here on the bottom rung. I like being asked to come and give talks and keynotes, I like occasionally getting to talk on the radio, I like that I once got to see an interview with me up on a huge screen in a games industry conference in London. In short, I like having tasted the amuse-bouche of fame, even if the entrée and desert is forever off the menu. I like the fact that I can pretend to be famous without giving up any of my privacy. I like being an H-list celebrity. I just can’t help thinking that I shouldn’t.

Did I give you one of the first then? I recall setting it up for the workshop at AIIDE 2007, almost a decade ago. Great conference, who wouldn't want to be in San Fran in June? Actually I really just needed to ask you (and Yannakakis) some questions about my plan for a study of DGD typology! If it's therefore any consolation, I never thought of you as a celebrity. Just another games-freak in the games-freak kingdom ;)

Hey zenBen,
That's freaky, I was just thinking about you earlier this week, then I noticed you'd published a new paper to one of the cobweb aggregators - and now here you are posting a comment like it was 2007. :D

And yes, although I had speaking gigs long before then, that AIIDE was my first keynote - and I was a right pissy bastard about that at one point in the prep stage, for which I feel fairly ashamed. It was a great event, though, and I remember it fondly.

If you want to look at DGD you should be my guest - but make sure you read "Player Typology in Theory and Practice" first, if you haven't already. It sets out my position quite clearly. Perhaps also "Empirical Game Aesthetics".

And feel free to email me - I'd be happy to hear from you by any means. I don't think I've seen you since (of all the bizarre things...) we went clothes shopping in Manchester together. :p

Great to hear from you,