Babich and Bateman: What is Continental Philosophy? 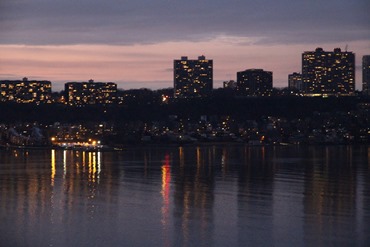 Babette Babich: Analytic philosophy privileges argument and persuasion, making a case, making a claim, proving a point, persuading an opponent and so on and it is to this extent fairly legalistic, case-focused. From this perspective it is rather easy to wave a flag and think that waving a flag is all that is needed. So if one talks about Heidegger or Nietzsche that will justify calling oneself continental.

Chris Bateman: Can you provide a definition of what constitutes continental philosophy, even if such a definition is a simplification?

BB: We are so very analytically minded – it is the dominant mode in philosophy after all! – that a definition is certainly in order. What is continental philosophy? Continental philosophy is thinking, it is questioning, elaborating questions, making them more comprehensive, deeper, making them worse, proliferating these same questions and adding more and other associated questions. It includes reflection, musing, quandaries, provocations, sometimes it includes comparisons, say, but this was a joke after all, connecting M&E — analytic metaphysics and epistemology — to M&M’s. And this range of different things has been true for quite some time going back to the beginnings of analytic philosophy with the Vienna Circle and logical ‘analysis,’ whereby any time one mentions Vienna it makes a difference to note that one should not forget Freud but one does.

CB: Mary Midgley, who has been a huge influence upon me, never forgets Freud, but I am younger and sadly tend to ignore him, even though I have frequent recourse to the Vienna Circle and the ‘logical positivists’, who I often draft in as a ‘bad guy’ in my philosophy, because they demonstrate (as Midgley said to me in a recent exchange) an excess of certainty that is part of the complex of problems we face today, along with (paradoxically) a voiding of the very possibility of certainty that is just as problematic. But you were talking about Freud...

BB: Yes, Freud, because that adds a layer of complexity to the word ‘analysis’ but not less to the historical context of the term in its genesis and development. Thus to logical positivism and logical empiricism and logical analysis one ought I think to review the relevance of psycho-analytic investigations along with the psychological investigations that animated so many at time at one side or the other of psychologism, including Frege and most saliently Husserl and Heidegger.

CB: So was the Vienna Circle the original confrontation between analytic (which they effectively founded, riffing off Wittgenstein’s Tractatus – much to his chagrin!) and continental, represented then as the early phenomenologists, Husserl and his one-time assistant...?

BB: I would make that claim but of course historically speaking they were all continental. The dream of analytic philosophy is an expat philosophy and Wittgenstein only became Wittgenstein as himself an expat, an import: Austrian wine in British skins as it were. Mercifully, and I am thinking of all philosophy in the last century, pre-Brexit! But it was Carnap who was the original analytic baiter, as it were, and he took on Heidegger. Thus his analytic challenge to Heidegger’s reflection on thinking and being, thinking and nothing, quite independently, as Carnap sovereignly ignored Heidegger’s context just as analytic philosophy has, with a perfectly good conscience about it, been doing ever since. Carnap ignored Heidegger’s reference to the origins of philosophy with Parmenides as this directed Plato and thus all the rest of us footnotes, as Whitehead regarded us. Heidegger sought to raise the question of Being, to think Being, as he put it, thereby appropriating Leibniz’s question: why are there any beings at all much rather than not being in the first place or at all, in order to ask after and thereby connecting the thought of nothing (i.e. no thing at all, no being at all) with the thought of being.

CB: And these kinds of questions were bordering upon nonsense to Carnap, Quine and the other logical positivists I suppose, since they were ‘straying into’ metaphysics which was the Vienna Circle’s bugbear... 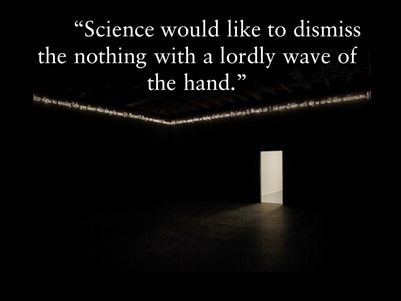 BB: Nonsense does not say the half of it. Carnap zeroed in on the logical contradiction in the reifying move, that is: the object contradiction of treating the nothing as something (I note that Heidegger himself adverts to just this), whereby it is said of nothing that it is: or as Jimmy Olson, could say “Holy Parmenides!” Sartre, in an unsung effort to come to Heidegger’s aid, for which Heidegger who did notice this, was, predictably, ungrateful, wrote Being and Nothingness, which adumbrated how he, Sartre, with no little assistance from Simone de Beauvoir with whom he wrote the book (unless you ask the Fullbrooks and a number of other scholars who would tip the balance of contributing authorship in de Beauvoir’s favour – count one more for female philosophical minds!) would have proposed at least one answer to Carnap. For his part, Heidegger was deeply affected by Carnap’s attack as it highlighted what he regarded as a failure to hear his question as such (Being and Time, after all, is all about not hearing questions, in addition to not having posed them to begin with, there is also the problem of not being able to see that the questions he is talking about are questions, to which must be added the persistence of the habit of assuming that there are no questions to be asked in the first place.

CB: Very much an inheritance from Nietzsche, I would hazard.

BB: To be sure! As I am fond of pointing out, Nietzsche himself claims his special excellence to have been the asking of heretofore unconsidered, unasked questions. In fact, Nietzsche uses this philosophical habitus as it characterizes academics now and in his own day as the basis for one of his better jokes in what is for me the key to his philosophy of science, namely: our assumption that because we fail to perceive something we are justified in concluding that there is nothing, that there is nothing there at all, an assumption we make in perception, as empirically as we like, and an assumption — and this is where Nietzsche rightly ambitions to doubt more radically than Descartes and to take critique more critically than Kant — that also obtains on the level of the concept. We think that whatever exceeds our conceptual grasp exhausts the range of the possible. In my thinking on the philosophy of science I would bring Eugene Wigner and Nietzsche together right at this point, but unfortunately there is rather a great deal to say beforehand, so I leave it at that for the moment.

CB: Perhaps we should return to Heidegger... I’m curious to discover how this pans out.

BB: Well, Heidegger remained deeply affected, interested as he was in logic, having written a dissertation on logic and science (he remained, as I think it important to note, qualified to examine doctoral theses on both subjects throughout his university career) and I think his objections to what Carnap missed in his thinking, his questioning, illustrates the distinction between analytic and continental philosophy. Continental philosophy uses all the resources of language and thinking and indeed experience, this is the life-world, this is the body, to think about the questions it raises.

CB: All of which is far too messy for the logically-grounded analytic approach!

BB: For the most part, analytic philosophy is interested in making claims. These are also effectively ‘answers.’ For the sake of the question as such, continental philosophy complicates matters. Thus, along with Nietzsche, from whom I do argue that Heidegger did borrow this a bit, it is Heidegger who teaches us how very difficult it is to question anything, especially as an academic, especially as a trained philosopher without immediately jumping ahead to what one supposes the answer to have to be, or even, as Nietzsche was terrible critically-minded in pointing out, to smuggle it in in advance with one’s initial definition and then triumphantly, all Jack Horner about it, to pull out the very thing one had inserted, insinuated, defined, stipulated at the start with the appropriately exultant noises of discovery.

The dialogue continues next week: Claiming the Continental Flag

This was very informing to me! I have never considered the different types of philosophy, let alone what makes them different. Personally I think I have only ever practiced analytic philosophy, making claims and making an effort to support them. The open ended conversation that happens in continental philosophy is something I find explored seldom in everyday experience. I agree with Heidegger that questioning a claim without jumping to conclusions is difficult. Whether or not that claim come from a place of intellect, the claim itself as its own entity could be defended with some sort of evidence and/or logic in most cases, therefor making it difficult to respond to without deep thought.

Thank you for the blog.

Hi Nate,
It is interesting to hear you say that you have 'only ever practiced analytic philosophy' - I think there is a strong impression that this style is what contemporary philosophy is about, rather that it being one set of practices among many. Babette's conception of continental philosophy as raising problems is one with significant merits - but it is hard for most people to appreciate why you would want to do this! Yet if we don't, we run the risk of not really seeing into the corners of our worlds. This, for me, is why there is a greater need for continental thinking at this time (while I still assert the usefulness of analytic methods): we have problems that we are not engaging with, and they need to be laid open and thought about, not treated as something that can be solved purely by analysis.