Crossing Patrols are Public Goods, Not Traded Services
In a Matter of Aesthetic Preference

The dialogue began when I asked Babette Babich what characterises the (dying) tradition of continental philosophy, and why so many philosophers feel the need to ‘claim’ the term for their work. Following on from last week, the discussion continues as we explore the appropriation of the continental title by analytic philosophers with very different methods. 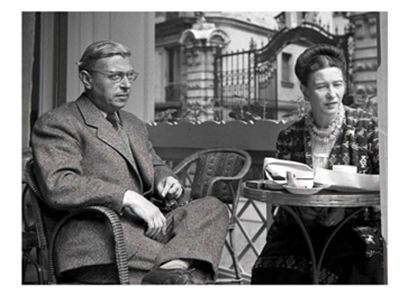 Chris Bateman: This still leaves open part of my original query: why, given the predominance of analytic methodology, would anyone feel the need to claim continental as part of their title?

Babette Babich: Your original question, brilliantly, stepped aside all the muck I’ve tracked back in regarding the analytics and the continentals, and their disputes and bitter histories, almost up to the veritable ‘existentialist café’ reference to Sartre, to ask why, and everything I’ve brought back in just makes your question even more powerful, to ask why then, after all that, one might want to claim to be continental?

And the answer is venality: it has to do with the getting of posts in academic philosophy: I wish it were something more noble or, as they used to say when I was young, more ‘tough-minded’ than just that. But it is not so, alas, and analytic philosophy, which already had the greater portion of the jobs when I took a doctorate some thirty years ago, now occupies nearly all the jobs. In fact, the late Reiner Schürmann wrote a de Tocqueville style report on the state of philosophy in the US (written in French for the French) claiming, as he wrote in the mid-eighties, that the analytic move was a done deal with 90% of the jobs (he counted), going back to the early 1960s.

CB: This is more than just a coincidence, though, and it’s certainly not any kind of Spencerian survival of the fittest... it must at heart have to do with the prevalence of (and academic bias towards) positivism in the wake of its stricter ancestor, logical positivism. And this ties in also with your aforementioned point that having been connected in any way with Jesuits hurt your career – because for all that I might admire certain contemporary positivists, my quip that they are at heart “atheists for science” is apposite, and an unthinking anti-religious bias goes hand-in-hand with positivism as a broad movement, just as loving one’s country need not end in racism but all too frequently does.

BB: One could say that my worry about continental philosophy corresponds to the standard lament: they don’t make philosophers like they used to! But it seems far too political to simply represent the ordinary decline that goes with golden age thinking (and, contrary to millenarian fantasies, the golden age in such fairy tales is never the age to come, this is Judeo-Christian thinking). And it is massively in force, whether we are atheist or not, in our ‘faith’ in technology which goes hand in glove with our conviction that we are not destroying the world beyond any possibility of remedy (the liberal consensus seems to be that we can solve everything if only we all admit that there is climate change and that we are through pollution and deforestation causing this age we name the anthropocene, as we surely are, and yet not that we are doing anything so nefarious as ‘controlling’ the weather, heaven forfend: of course that’s impossible!).

CB: My philosophy increasingly moves against this mythos of technology as saviour, another of my inheritances from Mary Midgley, of course.

BB: Only Sloterdijk, and very gingerly at that, comes close to suggesting the irreversibility of our environmental crisis and its at least in part militaristic etiology in his book Terror from the Air.  No one else touches this theme.

CB: Timothy Morton’s idea that we and the other animal species around today are the dwindling survivors of an extinction event that already happened also leans in this direction, but I agree it is rare that this perspective comes out at all.

BB: In any case, at issue is reversibility, and there is no chance that pollution or deforestation will be halted. Thus and, just in case everything is ‘beyond all repair’ (to use American military jargon absent its acronymic vulgarity), we can just spend all of everyone’s money and all of the earth’s remaining resources to get a select few of us to Mars, or some other supposed alternate planet, there to rinse and repeat the cycle.

CB: Aye, I’ve found myself forced (paradoxically, from my perspective) to become a space travel opponent precisely because the ‘flee the planet’ mythos, as Lynn Margulis astutely critiqued in her final years, is exactly the wrong way of understanding the problem. For if we cannot work out how to live here on Earth, we shall not be able to live anywhere in the universe, so even if you want a future with ‘space colonies’ and the like the focus must, can only be, on learning first and foremost how to live within our terrestrial resources. 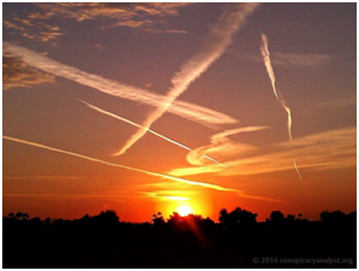 BB: And here we are, this is part of a continental style, adding complexities to your question which was only about why one might say that one is continental if one is not in fact continental.  We can coin a new term for philosophers of this kind, the analysts who claim to be continental and call them ‘trans-Continental’ (but I am still going to prefer the original Orient Express to this new terminology). There are a lot of these after all: almost all of those who teach Nietzsche and Heidegger at the university Professorial level. There are exceptions of course (but they are few) in the UK, in the US, in Canada, in Australia, and increasingly, I wrote a book about this, La fin de la penseé, in France and I was just in Berlin to see just how very true this is of Germany too. Today’s professors, you can just read their CVs or listen to them, are analytically trained, by which I mean that they use analytic argumentation and do what is recognized as analytic. This is so far advanced that mentioning analytic is not necessary. It is goes without saying as the default mode. And on the basis of this, one can define or specify what analytic philosophy would call ‘really’ analytic, which last stipulating distinction is a quite analytic thing to do.

CB: Indeed – Stephen Yablo wrote a brilliant paper that influenced my engagement with the analytic practices known as ‘fictionalism’, about the difficulties entailed in shrugging off commitments with ‘really’. It emerged from his examination of discussions between Carnap and Quine – the logical positivists once again having a historical role here in making analytic philosophy what it is. This reminds me that even the disagreements within analytic philosophy move in analytic circles: the analytic methodology lurks at the foundation of academic philosophy today.

BB: All, but all, of my new colleagues at Fordham, even the so-called ‘continental’ ones, naturally have analytic formations. The department head once told me, not unlike the email example I began with [back in part 1], not to say such things to younger colleagues as it upset them.  But for me what is at issue is a matter of style and what that style does to philosophy and how it limits it.

BB: Yes. Analytic philosophy does not connect with approaches such as Heidegger’s or Merleau-Ponty’s or Derrida’s... unless in an analytic or domesticated mode.  But the text is the problem. Thus Dreyfus made Heidegger analytic and other scholars just followed suit. The trouble is the text, meaning the trouble is a hermeneutic one. I note, because it is important, that one should make an exception for Foucault as one can manage to leave out all reference to Pierre Hadot and a different way of writing on ancient philosophy and so too, for more arcane reasons, Deleuze, who counts in today’s analytic modality as the new Bachelard, who was, for his part, always a name, positivistically, poetically as he was, congenial to analytic philosophy of science. So yes, there is a kind of disconnect with respect to a great many significant thinkers, but including certain names such as Simondon and Stiegler. But always, the problem seems to be the need to exclude any reference to history or context at all and that is why analytic philosophy is, to my mind, a disaster.

CB: There are no shortages of disasters caused by philosophy either narrowing its own perspective, or being compartmentalised and shuffled off the stage where matters are discussed in public. It’s one of the reasons that I see my own role as being in part about popularising philosophy – because when it comes to avoiding disaster, philosophy is one of our best and least used tools. Do you see other disasters beyond those we’ve already mentioned?

BB: I think there are fascinating questions and challenges involved with popularizing philosophy, something that has been a great trend in Europe for a few decades but that I have worries about. On the disaster front, I ought to underscore that (and of course all of this is in my own judgment) the analytic turn, now consummate as it is, can only be a disaster for a Jesuit school just to the extent that analytic scholars cannot offer training in the kind of philosophy that is of use to the priest-to-be. Lacking connection with theology but not less with other traditions in philosophy, between philosophical schools as well as further connections to history and to art and to poetry, all those complexifying details one might have objected to leaves us today with an impoverished philosophy. The same thing is true of Jesuit schools in the UK and so on. Maybe the better question is how can it be otherwise? Those who determine what counts as ‘good’ philosophy are analysts and they do not recognize any but their own approach to philosophy. And “there’s an end on’t.”

CB: The connection with theology is an important one, I think, and not because religion itself is essential, per se, but because it remains the fundamental matrix of culture, even when it is not recognised as such. There are so many people who consider themselves atheists today and think that this means they are completely outside of religion. As a result, they fail to see how their thinking is resolutely bound up with the Abrahamic traditions, and especially Christianity, which is the analytic philosophy of world religions. The result – much as with the relationship between analytic and waving a continental flag – is that we say we are not going to talk about theology, when what actually happens is that a particular theology (or rather atheology) is the unacknowledged dominion of thought on a rather wide swath of topics.

The dialogue concludes next week: Analytic Philosophy and the Sciences