Have You Tried Turning It Off and On Again?
Starting this week: Babich and Bateman, Dialogue II 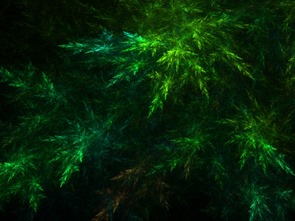 What I mean by a cybervirtue are those desirable qualities that a cyborg might possess, and what I mean by cyborg is any combination of beings and things that acts with a greater range of possibilities than either can achieve alone. Of particular interest to me at this time is the cyborg each of us forms with a robot, such as a laptop, a smartphone, or a desktop computer. If you are reading these words, you are a cyborg in the relevant sense since you could not have encountered what I am writing here without participating directly or indirectly in a network of humans and robots. The qualities of these networks, whether with just a single human and robot, or with a vast plurality of beings and things, is precisely what is at task when we think about cybervirtues.

So if virtues are the desirable habits of humans and other beings, cybervirtues are the equivalent properties humans possess as cyborgs. There are at least two senses that we can identify such qualities, and the current open forum here at Only a Game is interested in both of them. Firstly, the personal side of cybervirtue concerns the relationship between a robot and its human; the way your smart phone is designed (both in terms of its hardware and its software) governs its moral relationship with you. A simple example of such a personal cybervirtue is the recycling bin, which offers the kindness of protecting against the permanent loss of digital material by separating the decision to discard from the decision to make such discards permanent. Personal cybervirtues offer an internal sense of the term, internal to any given human-robot pairing.

On the other hand, social cybervirtues concern how the human-robot cyborg relates to other cyborgs, the external sense of the term. Here it is perhaps easier to demonstrate situations that show a lack of virtue, such as when anonymity in digital public spaces such as Twitter encourages appalling behaviour, especially (for some sad reason) towards female cyborgs. Yet the very presence of these machine-invoked moral debilities points to the possibility of cybervirtue in this external sense – the design of hardware and software to encourage virtuous behaviour in the cyborgs that result from the intimate relationship between a robot and its human.

What of autonomous robots? The capacity for a robot to take independent action once launched into a designed program of action somewhat conceals the way these are also cyborgs, always involving a human element in their constitution and operation. A cyborg (which is a contraction for cybernetic organism) could be constituted entirely by robots, provided ‘organism’ is taken metaphorically, as is often the case. But the question of whether there might eventually be robots made by other robots and entailing no assistance, direction, or maintenance by humans draws us away from the problem at hand. If such imagined future robots were beings in the relevant sense, they could possess virtues – and if they did not or could not, they would not be beings in any important sense.

Yet we do not need science fiction’s beloved sentient AI for robots to intrude upon ethics – both in terms of how they are designed, and how they effect human behaviour, computers have a significant moral aspect. What’s more, this is true of all tools for as Bruno Latour, Peter-Paul Verbeek, and Isabelle Stengers have all touched upon in various ways, things possess a moral agency too. It is not that our tools act without us, but through modifying our capabilities for action the things we use reconfigure the moral space we move within – the presence of a gun changes the moral potential of a situation; ultrasound introduces moral complexities to pregnancy that were previously absent; armed drones invite the leaders of nations to turn to assassination as a mere expediency. When we allow for the moral agency of things (even as just the modification of moral possibilities) the question of what is a virtue changes into something radically new and different, and that new perspective is precisely what I am seeking to explore.

Through the concept of cybervirtue I seek to draw attention both to the meaning of traditional virtues when considered against the backdrop of our vast networks of technology, and also to suggest ways in which the design of our robot’s hardware and software could be made to encourage virtue. Currently, this does not happen, but perhaps only because we are unaccustomed to thinking this way, and have never really thought about the design of computerised systems like this. Better design does not have to be about utility, which is a more problematic concept than we think; it could also be about encouraging virtue in humans, and cybervirtue in robot-human systems. It is up to us to create better cyborgs – either by changing our robots, or by changing ourselves.

The opening image is Elements: Earth by Vitor, which I picked out of his dormant website, The Fractal Forest, and is used with permission. This post is an edited version of What is Cybervirtue?, which ran earlier this week.

I definitely hear echoes of Donna Haraway here: the concept of "social relations of technology". Technology, through enhancing/changing our capabilities, has always existed in a mutual feedback loop with the social context that it operates within.

May I gently point to an essay, https://www.jacobinmag.com/2015/04/allende-chile-beer-medina-cybersyn/ that demonstrated to me when I read it that we shouldn't take our current social arrangement around technology as a given. If we had a different social context around technology, we would encourage different and perhaps more virtuous behavior.

Hi Ari,
Haraway is always rattling around in my head... although I have only read her notorious Cyborg Manifesto, and dabbled with her most excellent discussion of 'companion species', the doors she opened prove most helpful. Again (and I apologise for the endless referring to Chaos Ethics I shall be doing, it being my major work in moral philosophy right now), I make the point in Chaos Ethics that while she is correct that we were always cyborgs, the ants and beavers were cyborgs before us. And as I think I've already mentioned somewhere in this Campaign, all organic life is a cyborg, because this split between organic and inorganic shouldn't be used to disguise the relationship between beings and things.

My grateful thanks for that most excellent article on Chile's Project Cybersyn, which was completely unknown to me! This is a brilliant resource, and very much dovetails with my thinking. Indeed, if there was a motto to the Cybervirtue Campaign it could well be these words used as a title within the piece: "technology alone will not create a better world."

What an interesting thought-play! This is why I continue to follow your blog and Twitter. You get me thinking differently.

The idea that humans, ants, beavers, and any breathing organism is cyborg because it needs non-breathing (I would not use inorganic) tools to carve out a survivable niche is so cool. I wonder if the lack of this realization for me is because of some anti-technology prejudice that I harbour. Will need to ponder.

Your question about what is a proper virtue to practice as it relates to being cyborgs is a welcome and meaningful endeavour. I wanted to provide this encouragement since I know that it can be lonely working with ideas. Please keep up your efforts!

Hey Chris,
I am curious about your wording 'non-breathing' (breathless?); does this draw against your Buddhism, i.e. in a parallel to Hindu 'prana' (translated both as 'breath' and as 'life-force)? Genuinely interested as I wasn't entirely happy with 'inorganic' but it was the comfortable choice.

Welcome to the Cybervirtue Campaign (as if you weren't already here... ;D), and thanks for the encouragement, which is always welcome. It can be lonely out here these days, now that everyone is shouting at each other instead of talking.

I think it was a unconscious connection but your explanation is very appropriate!

A beaver building a dam using wood, an undisputed organic substance, is creating with sticks and lumber that do not breathe. Breathing is reserved for Earth creatures.

The organic/inorganic dichotomy is problematic for me. I see all manufactured compounds still being derived from the earth so factually everything including nuclear waste is organic.

I would then cautiously qualify cyborg as being an organic union of breathing and non-breathing entities. It's possible this definition is missing something...

Hey Chris,
Your beaver example is a good one - although I'm not quite ready to go for breath as my distinguishing characteristic. I would probably prefer animate and inanimate, or possibly being and thing, which I've become comfortable with. A tree is a being, because it acts and responds (albeit on a time scale below our ability to care!) but timber ebbs away its being and becomes a thing.

Thanks for pointing this out!