Last week, the discussion about corporate venality passed sideways into a diagnosis of US politics and the commercial system propping it up. This week, philosophers Babette Babich and Chris Bateman turn to the moral ambiguity of social media. 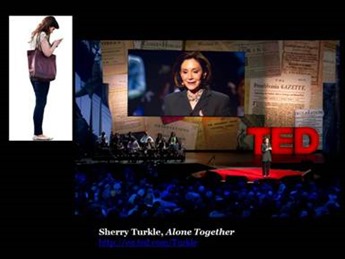 Chris Bateman: You also suggest social media is rooted in a kind of masturbatory (if you’ll forgive the allusion) self-satisfaction, self-enclosure. Like dogs begging for treats, we become self-conditioned to seek the strokes of trivial recognition that social media hands out – and there’s nothing genuinely social about this. Yet you and I remain on Twitter despite our awareness of this problematic situation. Are we trapped? Naïve? Self-deceived? Or is there a counterpoint to this problem that justifies colluding with mediated culture? What, if anything, is the alternative?

Babette Babich: This is a grand question, it is, as I do suggest and I do mean this, perhaps also a certain benefit of social media that it has this self-satisfying character, though I also spoke more neutrally of a kind of social media autism. Sherry Turkle looks at this issue as she has written several books on the matter as her own thought has evolved and she thinks, and a lot of cognitive psychologists concur, that it might be better, in a word, simplistic as it can be, as she suggests this, if we were to put down our phones.

CB: Which we have made impossible by becoming habituated to our cyborg existence as robot-with-human, since the smartphone is nothing but a robot slave which, in line with Hegel’s famous critique, we as masters are dependent upon.

BB: We hack the imprecations of modern digital culture on our psyche in our lives by means of these little objects and the cybernetic reaches, as it were, its full conclusion, its ultimate consequences with this little device. We have hands.

CB: Not to mention eyes. The eye and the hand are our passage between worlds, worlds sustained by imagination (such as the worlds of videogames, or for that matter movies or paintings or novels) or worlds sustained by corporeal practices – including the kind of practical world that has been rendered endangered by the systemic dependency on production we all accept and cannot question. I have never forgotten meeting a blind girl who played the videogames that the company I worked for at the time made, games that had been designed without any thought that someone without vision might play them. Yet she did. She essentially substituted patience for seeing. Which is ironic, because the prevalence of social media today is the substitution of seeing for patience, about which nobody has any vestige – yet spectacle, pre-generated visions, video distractions... for these, we have an unquenchable appetite.

BB: What a beautiful analogy, especially the fast short-circuit to immediate gratification and its demands. This is the way addiction works. The dark problem with the dream of Facebook founder Mark Zuckerberg and his Oculus Rift and thus and indirectly that of whoever feeds him tidbits from whatever military-corporate government security arm there may be (the surveillance arm may be utterly ‘invisible’ but we know it is omnipresent and we know, or can suppose, its interests), is the built in, downloadable chip, or the very acoustic signal alone — I talk about this in The Hallelujah Effect, it is what effects the effect — hacked into our minds, our consciousness.

CB: The cyberpunk novelists were deeply into exploring this theme, with varying degrees of success, but the lesson of the early 21st century has been that you don’t need the cybernetics actually inside your flesh, you don’t need a neural splice or a data port, because hands and eyes are already a sufficient interface to enter into another world, a robot-mediated world, the ‘consensual hallucination’ William Gibson foreshadowed. Sterling’s imaginative future of conflict between those who favour genetic enhancement and those who favour software enhancement overreached the mark: we needed much less than expected to fall prey to the ‘near future’.

BB: Hands, eyes, and ears! This is the reason The Hallelujah Effect focuses on the acoustic – and if I were writing this book today rather than four years ago now, in addition to all the things you are mentioning, I would probably try to integrate a review of the ASMR augment [Autonomous Sensory Meridian Response], for those who can ‘feel’ it, and this too is a kind of ‘masturbatory’ thing. (There are various versions of the acronym floating around on the internet, and one refers to a non-ASMR Magic Fades album, Augmented Sapiosexual Misanthropic Relationships.) To my mind, the ASMR YouTube phenomenon, specifically the work of video performance artists – and there are several I feel worth noting [for example, here, here and here] but to name those names is worth its own blog discussion (probably in another and expressly acoustic context) – might in fact be further connected in the spirit of the anthropology and sociology and psychology of social media with the Asexual movement. Thus ASMR has nothing to do with the erotic despite the popular press’s habit (BBC’s Nick Higham has been trying to explore this [e.g. here, and again here]) of invoking ‘brain orgasms.’ Such journalistic prose gets a lot of attention but misses the point of ‘entrainment’ as this concerns me, as does the first response to the phenomenon suggested by Liverpool neuroscientist, Frances McGlone, as Higham quotes him. But to miss the connection with entrainment means missing utterly the interface point you very importantly emphasized above, Chris. Acoustic brain entrainment has been a research topic in the military for years (happens to be the disturbing but valuable take-away from the Scots philosopher – and performance artist! AKA Kode9 – Steve Goodman in his book, Sonic Warfare). But the miss may also be no accident inasmuch as official cognitive science refuses to recognize ASMR, so much so that current research on it is done by teams of grad students (nary a supervisor in sight) – and not too many teams of grad students at that. At the same time – this is a “normal science” phenomenon in Kuhn’s sense of the term – one can wonder whether a failure to recognize a phenomenon counts as proof against ontological standing or as an indication of a failure of scientific currency? Here the problem is that not everyone has an ASMR response, just as not everyone is colorblind. Thus there is a partial parallel with the debate on synaesthesia which was also for a long time roundly denied as a phenomenon for similar reasons. And, in addition to the non-universality of the phenomenon, there is also the general trouble we have with nuance and complexity in complex physical systems. Take the example of nutrition science. When I was young, and oddly this conviction remains in force and no amount of research seems able to shake it, nutritionists argued that a calorie was a calorie was a calorie in order to deny that table sugar was as such, that is: qua disaccharide (where glucose, which is what the body uses for energy, is a monosaccharide), a particularly bad thing, which even sugar lovers, and I am one, know it to be by direct experience: one lives the phenomenon, captivating high (or nervous absorption, however it works for you) followed by an almost predictable crash, and then there is dental health as well as the tendency to gain weight, adiposity, attested to a century ago by Brillat-Savarin.

CB: There is sometimes a pressure in research communities to find the simplest explanation – a calorie is a calorie – as if this was the highest goal of the sciences. It’s Occam’s Razor gone wild, throwing out every relevant circumstance in the pursuit of the elegance of simplicity. So I would counter the original suggestion that non sunt multiplicanda entia sine necessitate, “entities must not be multiplied without necessity” (which apparently Occam got from John Punch’s commentary on Duns Scotus) with what I like to call Occam’s Nemesis: necesse est ponere plures, “it is necessary to posit plurality”. In my estimation you are not demonstrating much in the way of expertise if you can only represent complex situations inadequately. 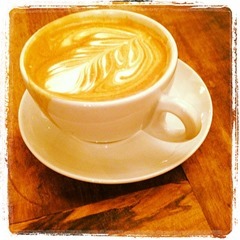 BB: And so the question: does expert denial constitute idiocy or does it simply reflect the durability of the received view? The hermeneutic phenomenological approach that matters to me as a continental philosopher can be useful here. One can philosophize about apricot cocktails with it, the great beauty of the thing is that this includes other cocktails, and beer in addition to sucrose, as well as different kinds of coffee, as I am a great one for thinking about the virtues of coffee and philosophy, but not less travel, as coffee is a multifarious thing, a culture that cannot simply be translated into Starbucks’ parlance or indeed and lamentable prevalence but is sedimented into the variations of a worldview. Took me years, and I am still not sure I am right about it, and I do live part-time in Winchester, to parse what a flat white might be.

CB: It is striking how coffee practices are automatically amalgamated into the commercial system. The flat white from 1980s Australia; the cortado from Spanish and Portuguese culture... If a new way of drinking coffee was discovered in the Amazonian rain forest tomorrow, I would expect to be drinking it in a coffee chain by the end of the month (and for someone somewhere to be complaining that they didn’t have it yet).

BB: You see, the things an American can learn! But experience tells us that that it might not catch on: Starbucks tried to do the slow pour, but as a New Yorker I can attest that Starbucks is slow enough as it is, and the Japanese take on coffee requires a little more time than we tend to have (still: I love it because of its metonymic – this is a joke, like my mention of the title alone in Heidegger’s Analytic as if that alone would suffice – association with the supposed Coriolis effect, as if the entire earth were somehow involved in the brewing of your coffee, or in the pouring of water over one’s tea). As a hermeneutic phenomenologist, one attends to the lived world but not less to the embodiment of living what is lived in that lifeworld and for the sake of that. Thus someone like Heidegger could remind us not only of the life of the lifeworld but of very vortices of the world as such (Heidegger speaks of worldhood and with-world) and the bodying forth of that life in the living of it.

CB: Phenomenology always leads me back to the imagination, and your remarks on Heidegger here reminds me of Theseus’ famous speech in A Midsummer Night’s Dream, which also has some bearing on the social media phenomena:

And as imagination bodies forth
The forms of things unknown, the poet’s pen
Turns them to shapes and gives to airy nothing
A local habitation and a name.
Such tricks hath strong imagination,
That if it would but apprehend some joy,
It comprehends some bringer of that joy.
Or in the night, imagining some fear,
How easy is a bush supposed a bear!