Babich and Bateman: The Tyrannosaur's Hands 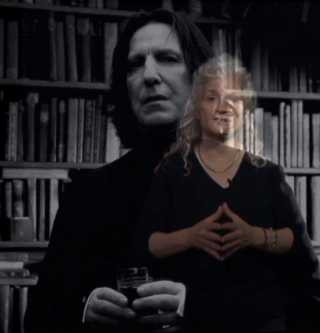 Babette Babich: To say just one thing about this bodying forth [introduced last week] along with slow ways to pour coffee, it is worth pointing out that we can, indeed, point things out. We can do that in rather a good many ways, nod with our chins or noses, raise eyebrows (do let us think of the late Alan Rickman, because of what he could do with an eyebrow, and he himself gave the palm to Dame Maggie Smith in the same regard), or nudge something with an elbow (to be Gilbert and Sullivan about it) or for a Manchester reference, with a knee and so on, but usually we point a digit, a finger, sometimes in the Facebook iconography, that somebody, should someday think of tracing back to its patently imperialist association with the Roman Empire: a thumb.

I recently tweeted about Randall Jarrell’s The Bat Poet, “with wings,” as Jarrell wrote about his little misfit bat poet (and here I develop a response nascent in the reply offered by one member of the twitterati to my tweet), suggesting that there might be an answer to Thomas Nagel avant la lettre. Where bats have wings, these are their hands, so the comparative anatomy would have it, and it makes a difference to think here of the sheer having of hands.

Chris Bateman: The pointing out interests me as a capacity because, for instance, dogs are perfectly capable of understanding us when we point, yet they lack hands. When they need to gesture in a direction, they must use their whole body – a faculty that gives the Pointer breed its name. Our capacity to point with our hands goes beyond a simple compass reading; gesture is a whole other language of its own (and sign language thus essentially a development of that). Yet it strikes me that neither pointing nor gesturing actually require fingers...

BB: What is at issue is not the number of digits and such, not as in pop anthropology and physiology, the having of opposable thumbs and all that that is meant to have brought us, to wit various and sundry connections with comprehension and apprehension and the having of things in the palm of one’s hand, as it were.

When I was studying biology at university, way back in the last three decades of the last century, in the mid-1970s, professors teaching earth science still insisted to us in lectures that plate tectonics was an unproven theory, dismissing Wegener’s continental drift as had been done to his frustration throughout his life.  In courses in Comparative Anatomy and in Ornithology I read beyond classroom lectures to discover the then-speculative connection between dinosaurs and birds – including the economic arguments that larger dinosaurs could not have been, simply given that they moved at all, poikilothermic, cold-blooded. What convinced me concerning warm-blooded dinosaurs was the fossil record, not at all of the well-known archaeopteryx but rather of a find in Russia (as Russians like to name things), Sordes pilosus (hairy filth, hairy devil as it was then translated), the Latin gives us the Rickmanian resonance once again. But if a pterodactyl has fur or fur-like feathers that will serve, as in the comparative and cognate case of a bat's wings to be sure, to protect core body heat that can be lost in the surface area of wingspan, much else follows. I used to run around campus tweeting the way one tweeted before there was Twitter, imitating Tyrannosaurus rex, tweet, tweet, tweet, in a very deep voice: I did this with friends as part of a game, my boyfriend, who was much taller, was better at tweeting like T. rex. What follows for science is all about everything we cannot know as we have no trace of it, nothing of integument, little of feathers, little of fur, no reptilian scales, nothing of colouring, all things lost to the fossil record, apart from sheerly, literally glorious finds (like the recent amber discovery of a tail, complete, to be sure with fur, or as most reports describe it, with feathers, and other more recondite surface finds like Sordes pilosus).

CB: This image of you and your friends playing at tweeting tyrannosaur is not going to leave me very quickly! As an avid junior palaeontologist myself (admittedly, my ‘field work’ as a nine year old merely accumulated a veritable treasury of ammonites…), what struck me was the rapid manner in which the status of fossils changed. I remember, for instance, a brief period in the 1980s when archaeopteryx was a hoax owing, I think in part, to the excellent British astronomer Fred Hoyle. Stephen Jay Gould, at the end of that decade, put the Burgess Shale into the spotlight – probably the only time a rock strata has been famous! – as a panoply of oddities and the Simon Conway Morris (who I spoke to briefly for The Mythology of Evolution) disputed this interpretation. Soon after the book was closed on the bird-dinosaur connection you refer to, which seemed to go from heresy to orthodoxy in record time! Every dinosaur instantly went from crocodile-kin to bird-ancestor almost overnight (although, of course, those two are not mutually exclusive…) 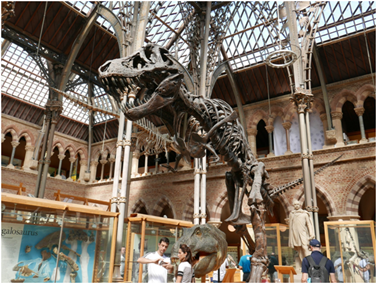 BB: Brilliant! And we are probably still ensconced in that orthodox trend! But there are other questions: how did T.rex actually eat? After solving the energetic problems of getting up from sleep, and and having the energy to run at all, never mind the tweeting, T. rex, and paleoanatomists debated this at some length in the literature, would have had trouble putting anything in its mouth – and its feet don't seem, like a raptor's feet to be for grasping....meaning that it would have had to use its hands. But how it  consume its prey?  What else are we missing? I am thus fond of imagining that T. rex did not merely have little hands but perhaps the little hands are just what remains of a variation on wings, like the baleen of a whale’s jaws, or as a bird is a better analogue than a cetacean, as complement to jaws that would allow them to function like a pelican's beak. But it could also involve other anatomical extensions, like the cockscomb of a rooster or the flaring ruff of a desert lizard, there would, so I thought, there could well have been extra bits. All we see are the bones for little vestigial hands, as we suppose the appendix to be vestigial (what we are learning about the gut and its associated flora is likely to make that attribution as wrong-headed as our views on continental drift), still where would Japanese monster movies be without Godzilla’s little hands? But these ‘hands’ could also be differently articulated, and might be quite enough as basis for cartilage and other extensions, or some other adaptation related to the thermodynamic eating demands of being a large land animal, from which could grow what were the effective ‘wings’ of the thunder lizard, not used for flight but gathering prey. In addition to his bass tweet, tyrannosaurus might have run through the forest canopy or along the veldt, sweeping everything in its path into a great drag net of feathered, curved wings: gathered and scooped into those huge jaws.

For human beings, our having hands as we do probably gets in the way of imagining T. rex at all (we find it hard to understand that a bat’s wings are, to a great extent, the bat’s ‘hands’). But above all, beyond flights of fanciful palaeontology, the German name for cell phone is ‘Handy,’ which seems to be because having hands means we like to have things at hand, and we like to do things with our hands – pretty much all the time.