Faith in What?
Living with Machines: A Dialogue 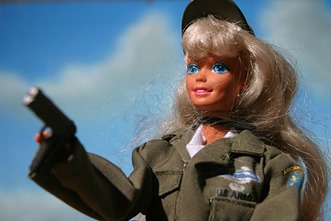 BB: Sex dolls are another thing again, aesthetically speaking, and there I do not have many hopes for prime time (as it were) anytime soon and not at all for heterosexual women (but the question of desire has its own complexities). To my mind it is plain that there is a market for this, there already is such, inasmuch as such sex dolls are already manufactured, and the new marketing tactic for these dolls is simply to call them robots, but this may be just a little like the Latourbot [discussed last week] and beyond the silicone dolls one can already purchase – there are already plans to create celebrity version of these ‘sex robots’ – it does not seem that these ‘robots’ will be more than talking versions of the supposedly ‘realistic’ dolls on offer. And there are children’s dolls like this, one pulls a cord and the doll utters one of a stock set of phrases. Most children take less than a day to lose interest.

CB: It has passed into cliché that children play longer with the box than with the toy, but there is a certain truth to this. I have found few toys as flexible as a suitably-shaped stick for entertaining my children. Yet there is still a lingering ideal to the powered-up toy that provides the draw – hence my eldest son who just turned six enjoys watching toy commercials (which I try to guard him from) because he likes to get ideas for things he could have. There is a fantasy being sold, here, whether with dolls for boys (“action figures” as Hasbro brilliantly rebranded them in the 1960s to get over the problem that fathers would not otherwise buy dolls for boys), dolls for girls, or dolls for sexually frustrated men.

BB: And here the sex dimension may make all the difference. A little girl may be more demanding than a guy who just wants a robot to have sex with and does not much mind that it doesn’t walk or do anything remotely human like. This is one of the reasons that I suggest that a sex robot for women might need to move in fairly complex ways, just in order to be a sex robot – but also because women do want more than one thing, ought also perhaps to be able to carry things, including its human lover across puddles and muddy fields, up hills and so on, and who would miss the jet pack?  There could be the Colonel Brandon model (just for carrying one up hills when one’s broken heart has left one caught in the rain and dashing off, when one catches cold, to fetch one’s mother) and there could also be Dr Strange models, or Heathcliff models, Tristan models, and Professor Snape models, just to fight the good fight, tortured and conflicted, all terribly romantic, against the Dark Lord and any wandering miscreants while he is at it. But even there, perhaps, and as science fiction authors have long argued, the deficiencies of the human may turn out to be an advantage. To this extent, our “promethean shame,” à la Günther Anders may be our salvation, contra Anders who was of course massively sardonic.

BB: One of the insights of The Matrix worth thinking about is not the updated version of Descartes’ doubting or his evil genius, as some philosophers like to suppose, but much rather the realization that machines are dependent on human beings to invent them (this is the Vico moment) to deploy them now for one thing, now for another (call this the Simondon moment) but ultimately also to power them.

CB: This element of The Matrix would have sat better with me if the plot did not involve blocking out the sun to cut off the robot’s solar power, given that this would also kill all life on Earth. But do go on...

BB: I mean this prosaically not in terms despite its appeal to the myth of machine or the even greater myth of the computer simulation, as we currently project this fantasy vision, as if the machine were a vampire of human energy as our sci fi writers like to pretend (Matrix vision  is a variation on Childhood’s End) but much rather and more prosaically, the machine invented to remedy the lacks or needs of a consumer, mostly a male consumer’s, affective and erotic life – this is the plot of Ex Machina – will also (this was not detailed in Ex Machina because the beauty of a fantasy is that you can pretend that all those tech details are taken care of, and this in turn is the reason for the plot wrinkle you mention in the Matrix) but any foreseeable sex robot would need you to move it, arrange it and also take care of it, keep it clean, do its hair, all that and not least remember to plug it in. Thus the phantasy of the Matrix, well beyond that of the ideal sex doll, is the pure or perfect automaton: the machine that runs by itself, a perpetual motion machine. 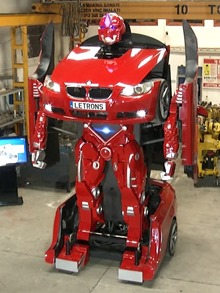 CB: Thus our science fiction fears that we should be afraid of AI research because the machines will surpass our powers and finally destroy us, as in the mythos of Terminator. Which is darkly amusing, really, because we are destroying ourselves far more effectively than imaginary robots are. Right now, its robot cars, which we’re told are great because… well, actually, I haven’t seen this case made yet. Some people suggest they will be safer, and yet all the discussions of the ethics of robot cars have focussed on who gets killed in a collision, a pedestrian or the driver, because who would want to buy a car that didn’t protect its driver. Never mind that if all our cars were capped at 25 miles per hour no pedestrians would have to die – and we’re talking millions of people a year, more than anything we actively fear, like plane crashes or terrorist attacks. What’s more, I hear it suggested that robot cars will be great because they can go faster than humans, which entails a jaw-dropping evasion of the problems of both energy and transportation that would set Illich to spinning in the grave. And all this sets aside the more worrying point that a huge number of people are employed to drive cars, as truck drivers or taxi drivers and what have you, and that robot cars thus have much to offer millionaires and billionaires who can own mechanical slaves but cannot officially own humans.

BB: But here is where the hermeneutico-phenomenological can be helpful just to the extent that includes attention to current reality and current state of the art, rather than assuming that R&D will make all such considerations irrelevant (this is like debating the morality of full head transplants before doctors have figured out how to do them much less how to heal injuries to the spine, the severing of which is required twice over for a head transplant). As it happens, one of the great challenges of contemporary life, and also one of the problems for the environment in complicated ways that have everything to do with what is needed to make a battery to begin with, is the matter of finding a free power outlet, even at home where most outlets are already fully occupied. Travel is worse to the extent that it takes one out of one’s own rhythms and one’s machines out of machine routine. Hence your pocket robot, as you quite rightly name cellphones, drains massively the minute it needs to search for a wifi signal or a new carrier and so on. Airports today come complete with the modern version of the penitent’s soul in guilty search of outlets or, rather like Dante’s Inferno, captive souls chained to a power socket, sitting on the floor for the sake of fifteen or however many minutes of juice. The solution, of course is and will be to design life around the needs of the tool: plugs everywhere, power outlets at every seat. Route 66 has fuel station after fuel station and it is this that makes Route 66 and other roads the kind of complement to the automobile that they are, and the same thing is the reason, among other things, that we still do not have viable jetpacks, hoverboards, what have you.

CB: We spoke before of the invisibility of hands, but the invisibility of the flow of power is just as tangible, and brings to mind Milan Kundera’s remarks in The Unbearable Lightness of Being of our capacity to ignore the rivers of excrement flowing in and around our houses. And then there are those places where these invisible networks come acutely into focus – driving pass the pungent stench of a sewage ‘farm’, for instance, or encountering a ‘charging station’ in a shopping mall or airport.

BB: I travel frequently and have to say that most of the time, this is 2017, the plane or train seats assigned to me do not happen to have power outlets. Not yet, so we say. The design solution might be not the environment, but self-charging robots (and the Matrix scenario returns…). Yet even this, even apart from dystopic robots, the problem is not necessarily thereby resolved as even if one could design a robot that would, of itself, plug itself in, clean itself, there would remain — this is the robot 2.0 problem as I see it, it is the robot Don Juanism of the tech junkie — the next model with its own set of different challenges and perhaps different power technologies – even if we don’t need to envision a Blade Runner like uprising among the now autonomous and (already or soon to be) outdated models. Valley of the ‘plastic friends’…

CB: Aye, I was struck by a journalist interviewing a man who had queued overnight to get a new model iPhone. They asked him why he had done it, what the new phone could do for him. And he didn’t know; that had never even entered into his mind.

BB: It is one of technology’s enduring mythologies that it pretends or supposes a solution either on hand or else (this is most common) “soon” to be deployed, like jam tomorrow, but never jam today: I call that cargo cult technology, our new millenarianism. The mischief is that we believe in this. We are, in Thoreau’s phrase, the tools of our tools.

More from Babich and Bateman later in the year.

If you looking for sex dolls and want to buy the best qualityfemale sex dolls
, then you are at the right palace. We are provided these types of luxury, sexy and affordable price sex dolls.