Is the Truth Still Out There?
Pause for Reflection 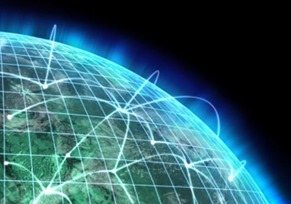 Over on the Journals of Doc Surge, Chris Billows has some additional thoughts about cybergs, the networks of technology and humans that are a definitive feature of our time. He suggests that literacy, toys, telephone networks, and vision correction technology also comprise cybergs.

While there are certainly technological networks around these four things, only two of them are strictly cybergs in my sense, since the term assumes “we must be dealing with a network that spans its entire breadth with some kind of active relation, even if merely one of potential.” I should note, however, that this isn’t really a criteria of exclusion: all technology forms a network of connections at some scale; the discussion of megacybergs and gigacybergs merely set a criterion for what to count together.

Literacy meets this large-network criteria, because the exchange of written media through all the available channels flows in every direction. Indeed, the advent of writing methods was a significant turning point in human thought. This might even be the second largest cyberg after money.

Toys do not meet the criteria directly, which is to say, traditional toys (like hammers) do not form large networks, but only small networks of productions. However, with most of the toy industry now intimately caught up with film and television (go to a toy superstore and see how many unbranded toys you can find!) this is all-but subsumed in the movie and television cybergs.

Telephone networks meet the criteria, even if it is merely the potential for global communication that elevates this to he big leagues. As, for that matter, does the global mail services – which was the cyberg that made the original Republic of Letters possible!

Finally, vision correction technology like glasses and contact lenses do not obviously meet the large-network criteria, since their networks are all relatively small (national scale). There is no connection to my knowledge (even of potential) between, say, French contact lenses and US contact lenses. That said, most contact lenses are manufactured by large multinational corporations such as Johnson & Johnson or Novartis – and in that sense they are part of megacybergs. But it would be the corporation, more than these specific tools, that would be the obvious network to point to.

What’s interesting about these four examples, and about the cyberg concept in general, is that thinking in this way about technology immediately draws us into a different point of view on tools. I had not really thought about toys as a technology before (despite defining them as a ‘tool for play’ in 21st Century Game Design), and putting the into this framework really does emphasise the way play is conditioned by existing media property. There’s something faintly disturbing about that.

Many thanks to Chris for sharing his perspective on this! I’d also like to thank him for his helpful feedback on the manuscript for The Virtuous Cyborg, not to mention his continued friendship and support!