Going to Gamescom
Metagame vs Structure

The Language of Games

A reply to Chris Billow’s New Theory of Play: Playstates as part of the Republic of Bloggers. 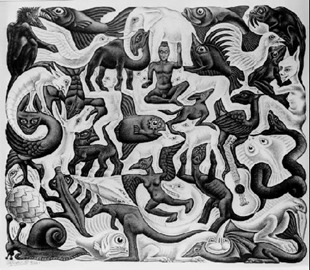 Our disagreements about language are not something to be dismissed as ‘mere opinion’, but a valuable context in which we reveal our aesthetic judgements. Such was my argument in Implicit Game Aesthetics back in 2012, and this way of understanding our arguments about both ‘games’ and ‘art’ has served me well. This does not mean, however, that frameworks for delineating terms and concepts like your playstates theory, have no value. On the contrary: laying out clearly defined frameworks can be very helpful for having clarifying discussions.

In academic circles, this kind of constructed language is invaluable, and it also serves important roles in various practical domains. In both film production and film studies, a common language has been constructed that makes the ties between the academy and its associated industry in this case stronger, and helps ensure that everyone is talking about the same thing. How I wish the same were true of the games industry! We do have some common terminology – but almost all of this what we inherit from the tabletop game development scene of the 1970s and 1980s such as NPCs, scenario, campaign, with a few terms from the arcade like lives, levels, and high scores. The only more recent cases of terminology creeping in has been via hugely successful videogames: World of Warcraft gave us tank, kite, and (regrettably, in my view) mob.

Why has game development not formed a common language? There are several answers to this, but in the broadest strokes it all rests on the nature of the grassroots games industry. Even from the very beginning, film was a medium that required a significant investment of resources. This meant that the practices developed in an industrial context, and this facilitated a rapid and highly successful crossover into the academic world. As a result, the film industry and film studies developed a common lexicon that rapidly converged, and was then being taught to the new apprentices, regardless of how they were brought in. Theatre, as a pre-industrial form, had a classical form of apprenticeship, newcomers learning from the old hands: again, the practices could converge and then be passed on.

Games have had nothing of the kind. Whether we look at the commercial boardgames of the 18th, 19th, and 20th century, or the bedroom coders of the 8-bit era of videogames – or for that matter today’s Kickstarter boardgame community and indie developer scene – there has been no venue for apprenticeship, no basis for a common lexicon, no firm alliance between industry and academia. We invent the wheel and we reinvent it over and over again. To make matters worse, as the nerdiest medium thus far devised, game developers are obsessed with taking everything apart and putting it back together ‘right’, which is to say ‘in their own image’. We just don’t co-operate like other folks… although that doesn’t mean we can’t work together.

I only have to think back to the years I spent trying to fight for ‘cRPG’ instead of ‘CRPG’ – an utterly futile endeavour whichever way you look at it, and yet this mattered enormously to me at one point in my life. That may seem insane – it does to me these days! – but in my mind I was defending the priority of the tabletop role-playing game and its practices. There were, undoubtedly, better ways to do this. But for some queer reason this battleground became one of many I took upon myself. (I also, incidentally, fought hard for the use of the third person singular gender neutral ‘they’, long before this had become a point of political correctness – and indeed went to war with the QA department on Discworld Noir over this very topic.)

Your playstates model strikes me as very much the same kind of tilting at windmills, although it is much better formed than many of my own quixotic pursuits. As I mentioned to you previously in this regard, your model stands or falls upon whether the person encountering it holds the same aesthetic values about ‘game’ that drive you to characterise games in terms of measurement. I personally find this a fascinating perspective, particularly because I have not encountered this before. But of course, that suggests that you won’t be winning over converts very easily… not least because, nerd-windmills being what they are, every person who is likely to care this much about ‘game’ has their own definition, and their own reasons why they understanding it as ‘the right one’.

If this sounds negative, it shouldn’t – there are several things that I particularly admire about your playstates approach. First and foremost, that it is a trait-based theory and not a typology (as I mentioned to you previously), since this immediately hurdles the most fatal problems with definitions of ‘game’ that we usually encounter. Chris Crawford’s logic gates are at the opposite extreme here, and I find it fascinating that this is an influence behind your thought here. Secondly, that your model draws attention to the experience of make-believe as a playstate (Role-plays). As I have all too frequently complained, the game studies crowd is deeply committed to fiction denial, and constantly push systems (your Games) as much more important than fiction and imagining. I believe this is another example of aesthetic values drawing people into a particular way of seeing the world.

I fear many will part company with you at the point you distinguish ‘game’ from ‘video game’ (I so want to type ‘videogame’ here… another battle I have vainly fought, and I’m so glad Ian Bogost converged with me on this one.) Thus you can identify, say, Dear Esther as a ‘video game’  but say too that it is ‘not a game’ (because characteristic of your technical term ‘game’ is measurement). I too part company with you here, but in the opposite direction. Although your position is internally consistent, I can find no reason to restrict ‘game’ as a concept to measurement when every child in every English-language country says they are playing a game when they enter into a Role-play playstate. I feel, as I have mentioned to you before, there might have been an argument for replacing your technical term ‘game’ with another word.

But of course you didn’t. You couldn’t. Because deep in your aesthetic appreciation for games (whether as ‘games’ or as ‘role-plays’ or, I’ll wager, as ‘sports’) is the importance of the measurement element of the play experience. I think the systems crowd would be sympathetic, if it wasn’t for the fact that every single one of them wants to put down their own definitions and boundary conditions because… nerds.

You have to love the nerds, or I do at the very least, not least because I have been one all my life and see neither shame nor insult in claiming the term. It is just like the gay community successfully claiming ‘queer’ – the cleverest PR stunt in my lifetime! And oh how I chuckled when the aesthetic insult ‘walking simulator’, levelled at titles like Dear Esther and those other games that move much less confidently in the same direction, was similarly claimed by fans of the form as a badge of honour. Here is a valuable lesson in language. You don’t change language by laying out a new map of the territory. You change language through a game of aikido-like legerdemain, where the rival move is turned against itself. I wonder: is that game part of your playstate of ‘sport’, or is there a whole other playstate missing from your model…?

Any and all replies and commentaries, through blog-comments, blog-posts, twitter etc. are welcome! The opening image is MC Escher’s 1957 lithograph Plane Filling II. No copyright infringement is intended.

I've written a response on my blog:

Thanks so much for your engagement.