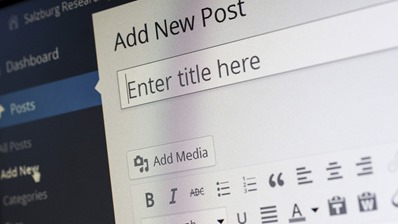 When I write a blog post, as I am doing now, it differs from writing letters since a letter is addressed to one person whereas a blog post can be read by anyone. In the heyday of the blog, however, bloggers were writing for an audience consisting mostly of a core of ‘regulars’ who were participating in conversations at a number of related blogs (a cluster), along with various passers by who had just dropped in. The blog cluster was maintained not by one system, but by a loose alliance of different blogging platforms and reading platforms, and this technology collectively fostered a community. It was that community that made blogs substantially different from the social media that followed.

What happened in the blog clusters was what I have called virtuous discourse, which is to say, communication that was founded upon a degree of mutual respect. Blogs fostered cyber-respect, which is to say, that the design of the technology coupled with the qualities of the humans engaged with that software produced situations that encouraged respect. The social media that came later tend more towards cyber-disdain, and the conversations that occur inside them are much less respectful than the typical blog exchange.

One reason for this degradation of conversation was precisely that blogs are a communal technology (or were, before social media networks became the means of distribution for blog posts) and communities are always more likely to foster respect than random collisions between strangers. As I listen in to exchanges on Twitter, for instance, what I encounter more than anything else is folks who have posted a strident view that has then prodded those who vehemently disagree to respond with their contrary view, and an ‘argument’ results (although it may be better to call these exchanges slanging matches, since ‘argument’ might imply an engagement with contrasting ideas).

Blogs posts did quite frequently provoke irate responses. But like letters, they were a slower form than contemporary social media… it took time for people to get to replying, and that gave them time to cool down, and it gave other members of the community an opportunity to bring in a measured response. The result was that conversations that may have started with outrage quite often finished with mutual respect and understanding. This is not a claim you can justly level at the faster forms of social media, which trap people into high-speed, emotionally charged exchanges almost certain to bring to out the worst in people.

Wherever you find technology fostering a community of equals, you will find cybervirtue –  even if there may also be various cyber-debilities alongside. What’s striking about what happened to the blogs, however, was that the technology didn’t go away (you’re reading a blog post now, after all) but the communities were undermined by the faster, more immediate, yet morally-impaired social networks. There is, I suggest, a lesson here about technology that we would be wise to learn.

Social media, in my opinion, is what helped spread the use of internet on a massive scale. Like in your post I was never a fan of using it for the exact reasons you've mentioned. But I can't help but wonder if we didn't have these sort of means to exchange views immediately would people still be attached to communal technologies?

Hey BwaaBiT,
Social media definitely had a role in accelerating uptake of internet access in more contexts, I'm uncertain if that suggests it also helped spread the use of the internet... I mean, in terms of number of transactions per day, it certainly did - you're absolutely right. I suppose my question is: should we be judging the engagement, or the number of people pulled into a relationship with the internet? I think, although it's hard to be precise about these kinds of claims, that you are absolutely correct to make this claim either way.