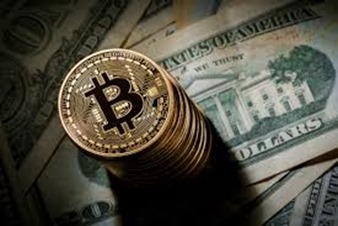 To talk about the cybervirtue of cryptocurrencies, we have to start by thinking about how humans relate to value, and as usual I have a game example that is nicely illustrative.

I remember back in the mid-nineties, when Magic: The Gathering was just gathering steam, that a good friend of mine refused to assess his cards for the game in terms of the market prices for selling them. Another friend and I were deeply into the meta-game of trading up for value, and so always knew what the cash equivalents for the cards were. For him, it was simply inconceivable that he should think of these tiny pieces of cardboard in terms of their resale value and not simply in terms of the enjoyment he could get from them. In some respects, he eventually won me over. It may amuse me that my Tabernacle at Pendrell Vale can now be sold for upwards of $2,000 – but I don’t want to sell it, and I don’t let its exchange value stop me from playing with my old decks once a year when I break them out to play with students.

Of course, it is a short step from disbelieving in the exchange value of Magic cards to disbelieving the exchange value of currency. And the trouble is, value is precisely a quality that is sustained by the imaginative collusion of communities – whether of Magic: The Gathering players, citizens spending national currency, or cryptocurrency miners investing in huge blocks of computers to run calculations that ultimately end up with exchange value. All these examples would be equally insane, except for the fact that they are all equally and trivially normal.

Now we’re in a position to ask whether Bitcoin (or indeed another cryptocurrency) could be cybervirtuous, and perhaps the simplest answer is to observe that money itself has not proved a good encouragement of virtue, and every alternative medium of exchange is essentially just another form of money. That said, it counts against Bitcoin specifically that the energy being expended powering its exchanges is an ever-growing, ever more wasteful human activity – and indeed alternative cryptocurrencies are beginning to sell themselves on their superior environmental implications. If I might be tempted to call Bitcoin cyber-naive, however, I would have to recognise here the all too familiar shallow sightedness we humans have with all our technology networks.

Some advocates for Bitcoin were particularly keen upon it for reasons aligning with Libertarian values, that is, they didn’t like the way their currency was dependent upon a central government and thus loved the apparent freedom that the peer-to-peer ledger systems enabled by blockchain software made possible. Even investors are now won over by cryptocurrency because they are not prone to the fluctuations brought on by credit risk. I have to wonder sometimes whether we might be overestimating the power and control of government, and underestimating the degree to which our money is ‘in charge’…