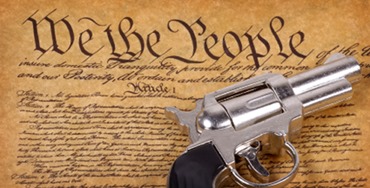 The rhetoric on either side of the gun debate in the United States is astonishingly weak. On the one hand, those in support of firearm ownership like to say “guns don’t kill people, people kill people”, unwittingly drawing against two centuries of moral philosophy that divide mind from matter, and morality from ‘inanimate objects’. Even if we to try to assign all the blame in a single shooting incident to humans, we couldn’t plausibly place all culpability in the hands of the shooter: there is also the distributed responsibility of those who made and sold the gun and bullets, the organisations who campaigned to ensure easy-access to such weaponry, and many other humans involved in the culture of firearms – including but not restricted to those who make films and videogames that valorise guns and pay license fees to their manufacturers. We might justifiably challenge: why do you want to be one of those people who helps people kill people?

Yet the opposing rhetoric is equally misguided. I frequently challenge those who are vehemently against firearms to explain why we should be focussing our attention on guns and not cars, which kill more people. The near unanimous reply is that “the sole purpose of guns is to kill people”, and this is then used to make a moral argument for why that technology is not permissible. In other words, opponents to firearms allege that guns are cyber-murderous: that this very technology creates the conditions that encourage people to kill. However, if you talk to responsible gun owners in the US you will not find murder very high on the agenda. Indeed, by far the most common motive is defence: a desire to have the capacity protect oneself, which in a culture with widespread gun ownership all but requires a gun. There is sometimes also a delight in the power of the weapon – but this is equally the case with cars, which are far deadlier.

The kinds of weapons we have exalted in action movies and certain videogames are not cybervirtuous, because they do not inspire good behaviour. But neither are the guns themselves solely responsible for the terrible things that are done with them. It’s not that “guns don’t kill people, people kill people” or that “the sole purpose of guns is to kill people”, it is that guns, bullets, shops, lobbying groups, military institutions, media corporations, and many more elements besides contribute to every disastrous outcome that begins with firearms being both glorified and too readily available. Every responsible gun owner keeps their weaponry in locked cabinets or safes, yet nothing about the design of firearms encourages this behaviour. It is rather the mark of the responsible owner that they possess the virtue of prudence in respect of their weaponry.

It is an open question whether guns might be designed in a way that encourages such care, that is, whether a cybervirtuous firearm is even conceivable. Might this possibility be worth exploring?