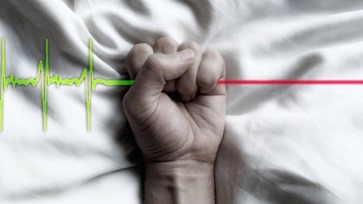 Anyone can kill themselves, but it takes specific judicial technology to do so legally, and such processes need to be designed and medically implemented. If this does not seem like a technological issue, it is only because we are so habituated to thinking of technology as shiny metal and plastic... the ‘high tech’ becomes the sole tech we notice. But chairs, reading glasses, and books remain technological long after we cease to be interested in them as such. Euthanasia is no different in this regard: a tool for ending a life.

In discussions of virtue, assisted suicide runs up against the problem that a dead person displays no virtue as such. It is hardly surprising, therefore, that the debate over euthanasia has largely been a clash between outcome-focussed ethics, which are generally in support, and rights-focussed ethics, which generally invoke slippery slope and duty of care arguments to oppose. The arguments are quite sound on both sides; if they weren’t, we would not have any nations providing assisted suicide, or conversely all nations would provide it. It is precisely because there are good arguments on all sides that this technology is contentious.

Cybervirtue offers another way of coming at the problem, by asking what the behavioural effects of the network of beings and things involved in euthanasia might be. We can translate the arguments from other ethical viewpoints into claims about cybervirtue, and this is another way of thinking about the issues. For example, much of the opposition to assisted suicide focusses on the possibility of it being used to dispose of a human who has become inconvenient, that is, that euthanasia could be cyber-callous. But since the opposing arguments stress how denying access to assisted suicide are essentially cyber-cruel – often by analogy with putting an animal ‘to sleep’ when its pain has become unbearable – it’s not clear this objection is as compelling as its proponents suggest.

Conversely, when opponents raise concerns that euthanasia promotes a fatalistic attitude towards severe depression – that assisted suicide risks cyber-carelessness, if you will – the argument has more force. Yet it is notable that one who ends their life in this way is able to share a final encounter with their loved ones – that this conclusion to a life can be cyber-congenial. Contrasting this to the sick relative wasting away in a hospital far from their family and friends ought to give us pause… are we really so sure this ‘natural’ alternative bookend to a life is not just as apt to encourage a lack of care? Perhaps what euthanasia brings to light is a wider problem: the offloading of the terminally ill to a medical system that offers ‘care’ by successfully insulating the living from the inconvenient realities of dying.