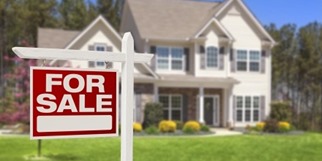 Houses are a defining feature of the world we live in, yet it is by no means inevitable that we would live this way: nomadic tribes, even today, live with tents and animals instead of inside a permanent dwelling. We take for granted something that seems the epitome of a comfortable life – a roof over our heads – to the extent that the extremes of poverty are marked by ‘homelessness’ (the absence of this comfort) and ‘refugees’ (increasingly glossed as ‘migrants’, as if such people were merely travelling to look for jobs rather than fleeing the total devastation of their homes).

Even as house cyborgs, there is a world of difference between the renter and the owner, and different countries put different stresses on these two situations. In the United Kingdom where I currently live, the prevailing desire is to own a house, achieved almost universally by borrowing money from a bank. The cyborg network for people such as myself who choose to ‘buy’ a house includes therefore not just the building and its infrastructure networks – electricity, gas, telecommunications, water, sewage – but the entire network of some financial institution like a bank or building society, an insurance company, and more besides. Yet if owning a house is a dream when you do not yet have one, it can steadily grow into a nightmare once you are responsible for the near-endless stream of maintenance chores that inevitably grow out of adopting a pile of bricks.

Other nations have different approaches… Germany and France still prefer renting to owning. The German government subsidises rents and German banks are reluctant to offer mortgages, whereas in French cities like Paris and Lyon, the cost of property is so high that renting is the only practical alternative. The situation in the US is similar, and the number of renters there is at the highest points since 1965. The rented house cyborg avoids dealing with banks but instead must deal with a landlord whose power and influence is sometimes felt all too keenly… The blurred lines in such a situation can be as much of a nightmare as taking upon the sole responsibility for maintaining a property through ownership.

When I contrasted the house cyborg to the tent-animal nomad, our impression is that it is the nomad who is rootless. Yet the strange thing about the house-human cyborg is that they move. Whether renting or owning, few people stay in the same house for more than a dozen years or so, and many move much more frequently… the illusion of permanency that comes with these stone buildings conceals a life more like the hermit crab, sloughing off one shell to take another, abandoning one local situation for another. The nomad, on the other hand, sleeps in different places but remains a part of the same community for the entirety of their life. Are we really so sure that we are not secretly ‘migrants’ ourselves...?