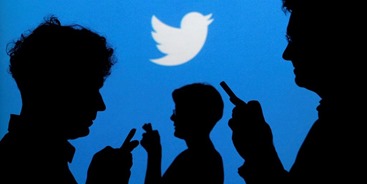 As someone who is faintly terrified by Facebook, I was not entirely convinced about joining Twitter. I did so because it was recommended to me by games industry friends while I was visiting Seattle for a speaking gig. The justification was purely based upon utility: I would be able to promote my books more effectively. Years later, I remain conflicted about my engagement with Twitter. It too often feels as if the primary purpose the network serves is as a pressure valve for unloading excess anger and hatred – and what an incredible surplus there is to behold!

Amongst all the moral dimensions of Twitter, one that particularly intrigues me is the taboo about subtweeting, that is, writing negative remarks about someone but not addressing it to them. It’s not the done thing, Twitter cyborgs (known as ‘tweeps’) seem to insist. Witness Selena Larson’s report on research regarding subtweeting, which from the very title begins with the understanding that this is an inherently negative activity – odd, considering saying nasty things at all would seem to be the core issue. The accusation amounts to the claim that Twitter (or indeed any individualised social broadcast system) are cyber-disdainful – even cyber-cruel i.e. they encourage disdain and cruelty – an accusation I take seriously in the book, The Virtuous Cyborg, that this series is inspired by.

Yet I have difficulty with the idea that it is subtweeting that epitomises this moral failing as such, for this seems to insist upon a need to address our disdain and dislike directly at its intended targets, and it surely cannot be better to provoke confrontation in all cases – this exacerbates the problem of cyber-disdain and can do nothing to encourage respect. Precisely the problem I am confronted with every day on Twitter is an absence of respect, an abject failure to engage in disagreements productively. Whether it’s Republicans vs. Democrats, Jews vs. Labour, or Trans activists vs. Lesbian feminists, conversation is instantly blocked by the wall of anger thrown up by our moral horror of what they are saying. At least the subtweet redirects that anger as a digital muttering in the corner. Demanding all criticism is loosed like an arrow is a call for warfare – one we see heeded on a daily basis.

From Douglas Adams, to C.S. Lewis, to Star Trek: The Next Generation, it is a staple theme of science fiction and fantasy that telepathy invites misery. Yet by asking us to write and display our current frame of mind in a few hundred characters, Twitter afflicts us all with the curse of digital telepathy. Others read our inner thoughts as the medium makes them public. Subtweeting is not the root of this problem: it is our abject failure to appreciate the consequences of projecting our personal emotional landscape into a public forum. How can we direct our outrage productively when it is dissipated in the fractious fireworks of a thousand meaningless clashes of words?