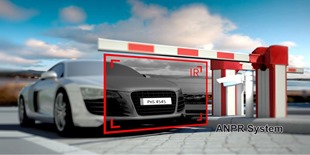 We should not confuse ‘free parking’ with the ability to park without cost. The latter is a capacity created by the absence of any parking arrangement, although not in the absence of technology since we are always dealing with roads, paving, street markings, lights and so forth whatever the rules of parking might be. No, free parking these days is something more sinister... it is the urban angler fish, a vehicular Venus fly trap to catch unwary drivers.

Not that long ago, the business model for parking lots was based on paid tickets. You parked, purchased a ticket to cover the time you’d be there, displayed it in your car, and that was that. If you exceeded the time you paid for (and were caught doing so) you paid a ‘fine’ (although this was often merely a civil payment under contract law, depending on the local legislature). You paid for the time you were using parking facilities, and you were told that this is what you were doing. Whatever you think about this arrangement, it was not obviously predatory.

Now enter the Automatic Number Plate Recognition robot... It can tell when you arrive and leave a car park and thus radically cuts the on going costs of running car parks by eliminating or reducing the number of humans required. These new devices, used by nefarious companies like Parking Eye in the UK, allow operators to advertise ‘free parking’ and make their money solely from the enforcing of the strictest letter of the agreement. Motorists will be fined for exceeding the time limits, spanning bays, or any other infractions that the robots detect – after which car ownership data is used to issue parking charges that look like legal penalty notices but are in fact merely invoices for money claimed over the contractual terms posted in the car park. Victims of this scam are pressured into quick payment, often in situations where the ‘fine’ is not in fact justified.

Like the angler fish and Venus fly trap, the scurrilous aspect of ‘free parking’ is rooted in misdirection... pretending to be something you are not. Companies like Parking Eye offer free parking as a lure to make revenue from fake ‘fines’ where they masquerade as having a legal power that is entirely fabricated. They want victims to think they have been fined for breaking the law – but nothing of the kind has happened. Indeed, the invoices passed off as ‘fines’ operate under contract law – if anything illegal happens here, it is the parking operators who could be accused of criminal behaviour by violating advertising standards or similar laws. This is a business model that makes the worst free-to-play, microtransaction-driven videogame seem almost innocent by comparison. Beware the parking predators of the urban jungle...

On a related note (true story), I liked the fellow who received a "camera" ticket, $250; he photographed $250 in cash spread out on his dining room table and mailed the photo in as payment.