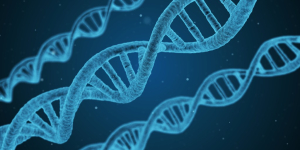 News recently broke that a team of researchers in China have used a new gene-editing technique known as CRISPR to modify the DNA of a dozen embryos, two of which became twin girls. Lulu and Nana will apparently be HIV-resistant, but the incident has already created a stir since no consensus (or, really, tangible discussion) about the ethics of ‘designer babies’ has taken place.

In fact, we’ve had ‘designer babies’ for a while now, since researchers developed techniques to plan the gender of an embryo, not to mention test for Down syndrome... We are long past any first step now and deeply into the territory often marked by the pejorative phrase ‘playing God.’ I should like to explore the cybervirtue of genetically-engineered babies (that is, the positive and negative behavioural implications of this technology) by engaging with this rather odd phrase.

Let’s start with those who can find no viable concept of ‘God’. Here, ‘playing God’ is either an invitation to some kind of self-defeating nihilism or, more plausibly and more commonly, an opportunity to say that in the absence of a divine source of morality we should establish our own standards. However, we then rapidly collide with the immense disagreements about how to ground any moral consensus. In the absence of God we are invited to play the vacant role but find the casting call rather phenomenally oversubscribed...

A starkly contrasting position is that of a theist for who all of creation is the expression of a divine will, and for whom ‘playing God’ implies a kind of hubris, the certainty of some unforeseen disaster. For those who take it that creation was rapid, it might make sense to oppose genetic-engineering as active interference in God’s plan. I don’t share that viewpoint, but I can respect it as long as it does not lead to grotesque absurdities like bombing abortion clinics in the name of Jesus.

More interesting to me is the position of theists who contend God’s creation unfolded across billions of years of evolutionary time. Here, ‘playing God’ is precisely what gene-hackers are not doing. There is no hint of the impossibly slow unfolding of divine providence here – rather what is being proposed is ‘playing man’ (with all the gendered overtones that implies) – acting with impatience, forcing things a certain way, no matter what a wise course of action might be.

Perhaps this is the skeleton key for understanding the cybervirtue of genetic-tinkering: poor impulse control, the researcher unable to wait for ethical agreement before diving in where the glory of a ‘first’ can be won. To paraphrase Hannah Arendt’s criticism of the Manhattan Project: new discoveries are catnip to those who think themselves scientists. And this weakness of character ultimately risks hindering the important work done in the sciences. ‘Because we can’ is rapidly losing its appeal as a justification as we struggle to catch up with the implications of all the technologies we ‘could’ and so ‘did’...