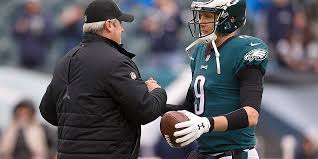 The captain in a sporting team is, quite clearly, a variation on the military captain, even if the name is not always the same – the quarterback being one clear variation. The parallels between these two conceits of captaincy run deep, yet the degree of discipline and co-ordination that serves to make a military unit the metaphorical 'well-oiled machine' does not necessarily apply to sportspeople, who remain individuals working together for all that the captain may attempt to push them past this.

There is, perhaps, the added complication that it is the coach – the general on this 'battlefield' – who possesses genuine authority and despite the name, the captain possesses more of the metaphorical rank of sergeant than anything else. Here, as in the managerial power structure of corporate businesses, there are lines of control and communication (which is the cybernetic dimension of captaincy) but they are looser. The individuals do not share that common framework for acting that empowers a soldier, despite the common dependency on drills (practice) to embed habits.

Unlike the military Captain previously discussed, the positive qualities of the team captain cyborg are harder to grasp. Captaincy appears more of a reward for an exceptional player than a conduit for loyalty and discipline, but perhaps here an issue is that we do not see into the circumstances where the cybervirtue of a team captain might be observed. I certainly leave open the possibility that there are virtues at work in the team captains relationship with their team that I simply have no experience with.

It seems, however, that the positive ascriptions we can make in the context of the military Captain cyborg are inherent in the social technology that creates that very network of roles. For the sporting team captain, it seems rather that if the sportsperson in that role has the virtues to lead, then positive qualities come about. But if those qualities do not flow from the technology itself (the structuring of roles in this case), this is not an instance of cybervirtue as I have described it in The Virtuous Cyborg.

Perhaps the key difference here is that the military Captain cyborg is conditioned by the life and death circumstances it was created to address, while the sportsperson risks nothing but their pride and thus is more inclined to indulge their personal lust for glory. I suspect, but cannot know, that curbing this aggrandising instinct for personal victory over that of the team is precisely the challenge the team captain has to overcome, but that the coach in fact has to address. Perhaps the sportsperson, by virtue of their temperament, is ill suited to leadership as-such, perhaps it is simply rarer that it can be expressed. Whatever the reason, we can admire the performance of a team that can act in unison but we do not accredit this success to the role of captain. There is something significant in this difference.