Silk is About... Brexit 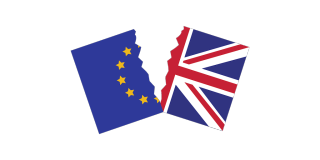 Silk is my Brexit game. There, I said it.

Silk is about Brexit because Silk is about how people live together and, perhaps even more so, how they fail to live together. I see in 200AD an allegory of 2000AD, lessons we can learn and did not learn, and are still not learning.

I am not committed to either side of the Brexit ‘debate’ (‘battle’ is perhaps more accurate, since a debate assumes a conversation entirely absent in this matter). I understand the argument that sees in leaving the European Union an opportunity for national self-determination, even if I myself could not vote for leaving because of my suspicion – now amply proven correct – that voting to leave would not spark the essential political dialogue required for the United Kingdom to acquire a viable, shared national identity. Instead, it deepened a previously ignored divide. Knee-jerk racism lines up on one side alongside those who had more honourable reasons for desiring a departure from the EU, while political one-upmanship and the certainty that everyone has it wrong except those who agree with you overwhelm all sides and leave us no closer to having a sense of what our country could or should be.

In Silk, the desire for self-determination is echoed in the imperial battles the game makes central to the Warlord and the Rebel. Settlements defend themselves in Silk when they feel threatened... today, nations do the same. The potential for military power to be abused was always present, and has little to do with the reasons people desire to defend themselves from threats from the outside. Then as now, what starts as defence ends as empire-building. Many Brits still feel like they are part of the British Empire even though in truth we are only offered the choice of being a neighbour to the European Empire or a vassal of the US Empire. But that desire to make your own nation everything it can be is not as morally wrong as liberal opponents to national pride make out. As Mary Midgley observed, we are entitled to put our own interests first; every species does this, and doing so need not – and indeed usually does not – devolve into utter selfishness, even if that is an ever-present risk.

What risks getting lost in this perspective, however, is that co-operation is almost always in our best interest. In Silk, this is represented by the Caravan itself, where a hugely diverse range of cultures and ethnicities come together to try and succeed in the challenge of surviving in the wilderness in the Traveller, or striving to profit from trade in the Noble. The game intentionally has a little casual racism in some of the Advisor’s responses to the world they are travelling... the unfamiliar culture will always provoke a suspicious reaction, after all. I learned so much about the complexities of racism reading Michael Moorcock’s astonishing Between the Wars quartet, and Isabelle Stenger’s “The Curse of Tolerance” deepened my understanding of this even further. Racism and opposition to racism both block co-operation in their own ways, but the lesson of the Caravan in Silk is that we gain more from co-operating than from going it alone. That’s not an argument for staying in the EU as such: it’s an argument for not letting a fight about whether we should endorse one ideology or another tear us apart as a nation. And that’s just as true in the United States as is it is in the United Kingdom.

So when I say that Silk is my Brexit game, I’m not saying that Silk is offering an answer to the problems of Brexit, but rather that in this game I am reflecting on the cultural problems – in the UK and elsewhere – that led us to Brexit, and that are not solved by leaving Europe, nor by remaining. We have lost our sense of the benefits of co-operating, either because we demonise those from other cultures we see as ‘different’ (especially Muslims), or because we have lost respect for our fellow citizens and are no longer willing to let them participate in democracy because we are so convinced that they are ‘wrong’. I see disaster on both paths. Silk is, in a way that is woven into the tapestry of every game of it that anyone plays, an opportunity to reflect upon our interdependence with those around us, and to consider different paths.

We can be more than divided nations squabbling against each other, if that’s what we wish. The question, as Silk asks every player to decide at every juncture, is always: what will we choose...?