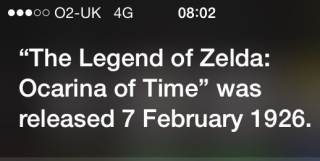 We live in a world of cyborgs, combinations of beings and things with capacities augmented by those partnerships. You and your smartphone or computer form a cyborg with amazing capabilities, so much so, that you could easily miss how your robot companion not only enhances your powers and abilities, it also risks reducing your capabilities as well. Such is the risk posed by treating the internet phenomenon that we might call surrogate knowledge.

To possess knowledge of something entails more than being able to cite trivia. Your robot can look up the release date of any film ever released, but it has no knowledge or understanding of what a movie is, nor a release date. It is more akin to a cross between an idiot savant and a parrot: it has the power to repeat what others have recorded. When we tap into this ability, we have surrogate knowledge, which is to say, we lack any actual knowledge and instead have the capacity to look up what others who may-or-may-now know have claimed.

The trouble with surrogate knowledge is that it gives us the feeling of 'knowing the answer' while robbing us of any actual competency. Worse, we can never be sure that what we are given is correct unless we already possess some knowledge of the subject and are merely 'brushing up' an answer. My iPhone has told me that The Legend of Zelda: The Ocarina of Time was released in 1926, fifty years before home computers, and that Tom Cruise is five feet tall (he's 5' 7") - these raised a chuckle with me because I was aware they were errors. How many smartphone cyborgs have simply swallowed nonsense that was thrown at them from random corners of the internet?

Surrogate knowledge is an oxymoron, a contradiction in terms. If you are merely repeating an assertion, you cannot claim to possess knowledge. Indeed, the crisis about what it means to know is the essence of our contemporary cultural catastrophe - a morass of misunderstandings now glossed under 'fake news' and 'post-truth' that marks the culmination of a disaster expertly foreshadowed by Nietzsche centuries before its impact was felt. We are cyborgs who, even now, trust in cybernetic networks to deliver answers they lack the knowledge to interpret, and still feel, undeservedly, that we know more than people in earlier eras, as if knowing more was akin to collecting stamps.

If Newton was able to truthfully claim that he had seen further by standing on the shoulders of giants, we now risk seeing nothing for we have asked the blind to see for us. Although even this is unfair of blind people, who perceive the world with an understanding born of the struggles inherent to authentic knowledge. Our robots on the other hand are unknowing, unfeeling, and unseeing. It is only by becoming a cyborg with us that they become capable of being in a world. And even this is only a kind of surrogate knowledge.