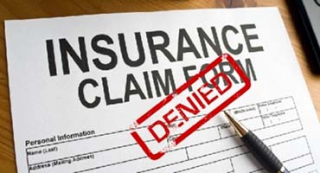 A paywall is a cybernetic system for ensuring that money is collected before some service is rendered. An anti-paywall, conversely, is a cybernetic system for preventing money from being given out by deferring service to the other side of a bureaucratic process. Anti-paywalls are used by governments, insurance companies and other organisations to both slow and reduce the amount of money they have to pay out. They provide no benefit to the victims of their labyrinths and traps since their purpose is precisely to slow and reduce the amount of money that might otherwise be paid out.

Government anti-paywalls are the most straightforward, consisting merely of a layer of form-filling, document-checking, and rubber-stamping. Social services of all kinds are guarded in this way from excessive claims. Ironically, the cost of administrating the anti-paywall then becomes one of the biggest expenses of such services. But fear of what might happen if the wall came tumbling down, and 'handouts' escalated, keeps the anti-paywall running. I will not claim such a system is necessary, but it certainly feels inevitable, given the current way nations are organised.

In insurance companies, anti-paywalls risk being far more pernicious. While most of my experiences of these kinds of organisations have been benign, I have encountered both vet and medical insurance companies willing and able to contort themselves to avoid paying out - and of course, both routinely 'exclude' coverage under circumstances that transform them from safety net to mere leech. Here, where insurance companies betray the trust that is placed in them, the anti-paywall is just as likely to be a phone maze as a form, but the purposes remain aligned even as the methods change: as little as possible should be paid out, regardless of what impression was given to those who supported the company by regularly paying their premiums.

The cyborg we become when facing the anti-paywall is either demotivated or angered, but either way the anti-paywall serves its purpose by thwarting yours. Even if your rage keeps you pursuing matters, the longer you are kept from payment, the more money is 'saved' by the organisation keeping you outside. There is nothing humane in this mistreatment of our fellow humans, it is just the petty evil of contemporary bureaucracy that has become so familiar to us we barely even notice. Not all insurance companies are guilty of this... but we have seen enough abuse of our trust to know that when we hit the anti-paywall, we are in one of the dark corners of contemporary existence.